Chicago archbishop to have leading role in sex abuse reforms

The Catholic archbishop of Chicago, who was hand-picked by the pope to help organize an upcoming Vatican summit on clergy sex abuse, will have a leading role in the church’s effort to seek reforms, including the response to new allegations from the Illinois attorney general.

Cardinal Blase Cupich expressed regret for “our failures to address the scourge of clerical sexual abuse” in a statement responding to the attorney general’s report, which said the church failed to disclose the names of at least 500 clergy accused of sexually abusing children.

Still, he said, his archdiocese, the state’s largest and long considered a flagship of American Catholicism, has been a leader in dealing with the issue.

Cupich, Francis’ first major U.S. appointment , will walk a tightrope as he tries to represent the embattled church, the distressed laity and a public demanding justice. Boston College theology professor Lisa Sowle Cahill said it will “be interesting to see how he negotiates” all of that.

Among the U.S. church hierarchy, Cupich “has certainly been a good example of honesty,” Cahill said, citing his willingness to step forward, accept accountability and attempt to enact better policies. 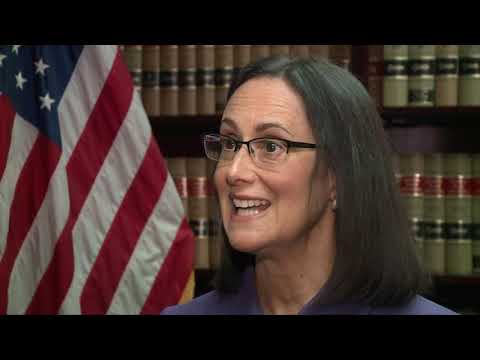 The report released Wednesday by Illinois Attorney General Lisa Madigan concluded that the church’s six archdioceses did a woefully inadequate job of investigating allegations and in some cases did not investigate them at all or notify child-welfare officials. It did not say when the allegations were made.

Madigan’s report did not accuse the dioceses of withholding the names of “credibly” accused clergy. It concluded only that the list of names is far longer than the 185 disclosed by the church.

For his part, Cupich said he was disappointed after the Vatican told U.S. bishops last month not to vote on proposed new measures to investigate sexual misconduct or cover-ups within their ranks, even taking the step of coming up with a proposal himself. The Holy See wanted to delay any vote until after a global summit set for Feb. 21 to Feb. 24, raising its stakes considerably.

However, it is unlikely that such a diverse group of church leaders, including some who represent churches that continue to deny or downplay the scandal, will over four days come up with any universal proposals that come close to the accountability norms that U.S. bishops were seeking. Cahill expects a “hard sell” with a lot of bishops.

She called it a “big step” when Cupich — considered a moderate among his peers — was the lead signatory on a letter this week to bishops around the world warning them that failure to deal with abuse now will jeopardize the church’s mission globally. The letter also urged attendees to visit with clergy sex abuse victims “to learn firsthand the suffering they have endured.”

Before the summit in February, Cupich will host a weeklong prayer retreat at a seminary near Chicago. The retreat from Jan. 2 to Jan. 8 was initiated by the pope. It is open only to U.S. bishops and has no policy-making on the agenda, organizers say.

Earlier this year, Cupich was criticized for remarking that Francis shouldn’t go down the “rabbit hole” on answering claims by the former Vatican ambassador to the U.S. that Francis covered up sexual misconduct allegations against ex-Cardinal Theodore McCarrick . He later apologized, writing in an op-ed essay in the Chicago Tribune that “it was a mistake for me to even mention that the church has a bigger agenda” than responding to the charges by Archbishop Carlo Maria Vigano.

This week’s disclosures in Illinois were a new blow to the credibility of the church, which has struggled to contain the scandal amid mounting accusations of negligence. In recent months, more than 30 U.S. Catholic dioceses and religious orders have released new or updated lists of priests credibly accused of child sex abuse. While the disclosures have won some praise from victim advocates, there also has been harsh criticism related to concerns about omissions of names.

Karoub, who reported from Detroit, is a member of AP’s Race and Ethnicity Team, and frequently writes about religion. Follow him on Twitter at https://twitter.com/jeffkaroub and find more of his work at https://apnews.com/search/jeff%20karoub .