Rayshard Brooks struggled in system but didn’t hide his past

About five months before he was killed by Atlanta police in a Wendy’s parking lot — before his name and case would become the latest rallying point in a massive call for racial justice and equality nationwide — Brooks gave an interview to an advocacy group about years of struggle in the criminal justice system. He described a cycle of job rejection and shame over his record and association with a system that takes millions of Americans, many of them Black like him, away from their families and treats them more like animals than individuals.

“That’s a hard feeling to stomach,” he told the group Reconnect, as he lamented the lack of support in prison and once released. “Once you get in there, you know, you’re just in debt. ... I’m out now, and I have to try to fend for myself.”

When he died June 12, Brooks seemed to finally be gaining firmer footing, relatives and friends say. He was working to support his wife, three daughters and stepson. He planned eventually to move back to Ohio, where he’d met his father and worked in construction. Those close to him described him as happy, smiling and ready to make people laugh.

He worked a full-time carpenter and was regaining his kids’ trust, he said in the February Reconnect video. 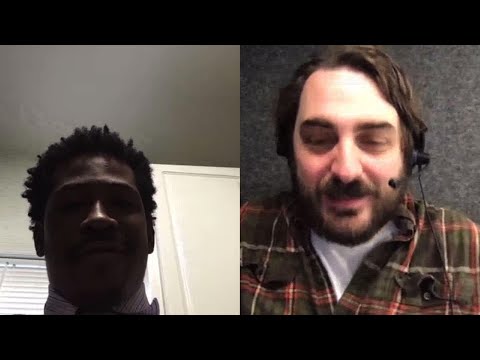 “I feel good about myself,” he said, rocking in his chair, eager to share his story.

Family was a constant for Brooks. In 2014, he sent a plaintive, handwritten letter to a Georgia judge pleading to be freed from jail to care for loved ones. Without his income from full-time work in trucking, his wife was struggling with a new job and the care of the kids, and she had to borrow money from a friend, Brooks explained.

“Before I was arrested,” he wrote, “my job and home were the only things I was about, trying to feed my family. The kids are starting school back this upcoming August, and they’re going to need things to start back with such as uniforms, color pencils, line paper ... So I’m asking by chance if you could grant me some probation if possible, and I promise that you will never have to worry about me coming before you.”

In the years that followed, though, he remained tangled in the system. By the time he was killed, he’d fallen behind on court payments, been sentenced to more time behind bars, and been required to wear an ankle monitor.

The weekend he died, Brooks, 27, planned to take his oldest daughter skating for her birthday. Instead, 8-year-old Blessen joined relatives at a news conference.

Gymaco Brooks recalled laughing over drinks with his cousin days before he died. Rayshard Brooks reassured him he was OK. The family was close, Gymaco Brooks said: “We could sleep 10 to one bed growing up, with feet and heads and arms across each other. ... We didn’t have a lot of anything, but we had a whole lot of love.”

In his 2014 letter, Brooks said family helped him focus.

“When I’m down, my wife makes me happy,” he wrote. He and Tomika Miller were married in 2013, right after Blessen’s first birthday.

In 2018, Brooks traveled to Toledo, Ohio, and met his father, Larry Barbine.

Brooks moved to Toledo, though he knew few people, having grown up in Georgia. He found a construction job, digging into new skills.

“It didn’t matter if he was cleaning something or learning how to tile or paint; he brought that same energy,” said Ambrea Mikolajczyk, ARK Restoration & Construction’s co-owner.

He rode his bike in, no matter the weather, once stopping to walk with a co-worker whose car broke down.

“That’s the type of man Ray was,” Mikolajczyk said.

Brooks was thriving. His father said he taught him to fish and sled. He’d never seen snow.

In January, Georgia authorities brought Brooks back to the state on a warrant alleging he failed to notify them of his address and complete a class as his probation required.

It traced back to 2014, when he pleaded guilty to domestic violence, theft and other charges. Prosecutors said he twisted his wife’s wrist. In his letter to the judge, Brooks called it a “minor disagreement.”

Brooks was the “primary aggressor” in another incident, this one witnessed by a child, leading to a child cruelty charge, according to a grand jury report. He was sentenced to a year behind bars and six years’ probation.

In 2016, he pleaded guilty to credit card theft.

Once back to Georgia, he owed $219.21 in court payments and spent 19 days in jail, then was released on probation, records show.

When officers approached him at Wendy’s, he was asleep inside a car blocking the drive-thru. A struggle erupted when police tried to handcuff Brooks for being intoxicated behind the wheel.

Brooks said he’d been with a girlfriend named Natalie White. White would later be charged with arson in the fire that engulfed the Wendy’s as protesters outraged by Brooks’ death gathered. White’s lawyer declined to comment, saying only that they were close.

Officer Garrett Rolfe, 27, fatally shot Brooks after he grabbed a police Taser and fired it at Rolfe as he ran away. Rolfe is charged with murder. A second officer, Devin Brosnan, 26, is charged with aggravated assault. Lawyers for the men, both white, say the actions were justified.

In Ohio, family and co-workers were heartbroken. Brooks had wanted to return to with ARK Restoration, Mikolajczyk said. Upon seeing the headlines, one stunned client called, asking: “Is this our Ray?”