Miranda Lambert is bold, funny and ready to rock again

NASHVILLE, Tenn. (AP) — Miranda Lambert is back, as bold and fun as she ever was, with a new album of rock and punk-influenced country hits that reflect a woman happily cracking jokes on her haters and stepping into a new chapter of her life and career.

“I kind of have my fire back and I’m not so internal and broody as I was four years ago,” Lambert said of “Wildcard,” her seventh album dropping Friday.

This is her first solo record since putting out the excellent 2016 double album, “The Weight of These Wings,” a highly personal and critically acclaimed record that came after her divorce from Blake Shelton and won album of the year at the Academy of Country Music Awards.

“I’m 35. I went through a divorce,” Lambert said. “I’m thankful that fans allowed me that time to do that. I’m just going through stuff everybody else goes through.”

Now Lambert, who surprised many earlier this year by announcing her marriage to New York City police officer Brendan McLoughlin, is returning to the rock ‘n’ roll sound that she displayed on her 2005 debut “Kerosene” with the help of Nashville producer Jay Joyce. Joyce had played guitar on her first three records, but this was the first time he took the lead as producer for Lambert.

“Writing for this record, I don’t know, I felt like the color came back, so the imaging reflects that and the songs reflect that,” said Lambert. “Even the wardrobe is a little bit brighter.” 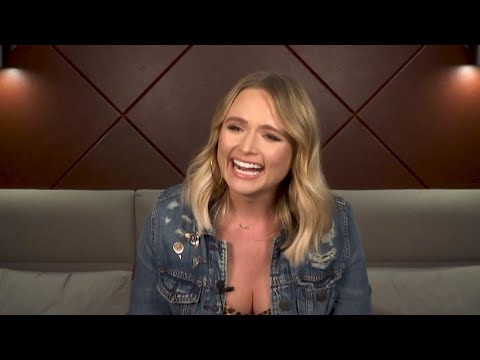 Joyce, who has worked with Eric Church, Little Big Town and Brothers Osborne, pushed her out of her comfort zone on songs like “Locomotive,” a Joan Jett-meets-Patty Griffin rocker in which Lambert barrels through fuzzed out guitars and harmonica.

“Jay’s idea to kind of cut it in a punk way was brilliant and I wasn’t sure I could pull it off, but sure enough, we did,” said Lambert.

She also wrote with Luke Dick, who has written songs with Dierks Bentley and Kip Moore, and as a side gig, fronts a new wave punk band called Republican Hair. Lambert and her longtime songwriting pal Natalie Hemby would go to his East Nashville house with a cooler of booze and snacks for nighttime writing sessions and Dick would cue up different tracks as inspiration.

He played her a bit of a slick, new wave rock song called “Mess With My Head” that he initially thought might work for his band.

“I’m a kid of the ’80s and I gravitate sometimes toward things that I grew up on, whether it’s the Cars or Joan Jett or whatever,” Dick said. “I’ve always thought Miranda was the closest thing to Joan Jett country has.”

Lambert’s natural wit and self-effacing humor come out on songs like “White Trash” or “Pretty Bitchin’” — in which Lambert declares, “I’m pretty from the back, kinda pretty in the face.”

“My strong suit as a writer I feel like is sarcasm,” Lambert said proudly. “Whether it’s sad or happy or fun, I’ve kind of built a career on being kitschy and a little snide.”

She’s had to build up that thick skin after years of being hounded by tabloids, whether it was about her marriage and divorce to Shelton, her weight or her subsequent romances. Now she shrugs it off as free press.

“My guitar player who has been with me for 17 years, Scotty Wray, texted me yesterday and said, ‘I just read at the Kroger that you’re pregnant. Congrats again,’” Lambert said, who noted that the lies spread about her are almost always about her getting pregnant. “Guys, sometimes I just eat cheeseburgers. That’s all it is.”

But even as Lambert and other female stars of the genre, including Kacey Musgraves, Carrie Underwood and Maren Morris, are putting out the most lauded music of their careers, their music is mostly ignored by country radio, while the airplay charts are churning with dozens of male country artists.

Lambert has been taking out other female artists on her Roadside Bars and Pink Guitars tour for years, has her own female trio, the Pistol Annies, and created a college scholarship for female artists. But the Grammy winner can’t wrap her head around radio’s lack of support.

“I’m on the road now and I see how much it helps when someone knows your new single,” Lambert said. “But also I went through this whole period of ‘Weight of These Wings,’ and won song of the year and album of the year and I didn’t have anything on the radio at all.”

“I’m a huge fan of everyone in that category,” Lambert said. “But if you think about someone who hosted the CMAs pregnant, then started an all-female tour and then had a baby and then went right back on the road three months later... she has a brand, Calia by Carrie Underwood, and it lifts up women. She does Monday Night Football. I just feel like as a whole entertainer of the year should be someone that entertains in all facets of music.”

Lambert, who has more CMA Awards than other female artist, is nominated for female vocalist of the year, a trophy she has won seven times, and will be performing her new single, “It All Comes Out in the Wash,” which Lambert said kind of sums up her new album.

“The whole theme of the record is it all comes out in the wash,” Lambert said. “There are really bad times in everybody’s journey, but somehow you’re gonna smile again and I think this record reflects that.”