NEW YORK (AP) — At an event promoting the upcoming slate of Fox shows, the cast of the “Beverly Hills, 90210” reboot remembered their castmate Luke Perry, who died earlier this year.

“Luke was a huge part of our ’90210′ family, and personally Luke was a very large part of my life,” Jason Priestly said. “So, it’s obviously very difficult to do this without him.”

Entitled “BH90210,” the new show isn’t a continuation of the series. Having gone their separate ways after the series ended nearly 20 years ago, the actors return as heightened versions of themselves.

“The show is comedic drama, very, very heavy on the comedy side. It’s a scripted, fake reality show that follows Jason Priestly and Ian Ziering and Jennie Garth, all of us trying to get a reboot of ‘Beverly Hills 90210’ made, and what that entails,” Priestley said.

While most of the original cast will return, there is a void after the passing of Luke Perry in March. Ziering said he’s still processing his grief. 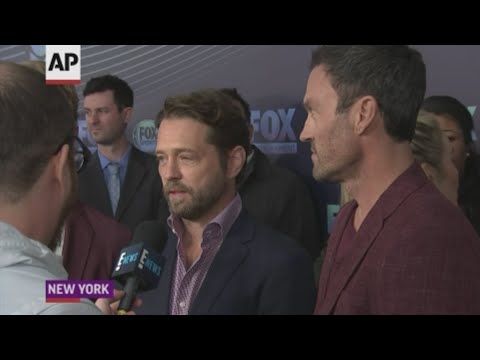 “I’m still having trouble reconciling that, so I don’t have an answer for you. It’s difficult. He was a good friend of mine,” he said.

Garth added: “He’s been with us every step of the way.”