SEATTLE (AP) — Flooded rivers are causing problems across parts of Western Washington, and flooding is expected to continue in some low-lying areas into Wednesday.

The National Weather Service’s Seattle office said heavy rains this week had tapered off and most of the area’s rivers crested Tuesday and receded below flood stage.

The weather service had issued flood warnings for some King County rivers after significant rainfall. Some areas, particularly those at higher elevations, received 3 to 6 inches of rain. On the Olympic Peninsula, Forks received more than a foot of rain during the past three weeks.

The deluge caused a slide on Highway 101 south of Forks early Tuesday that blocked all lanes. The Washington Department of Transportation closed part of State Route 410 west of the Chinook Pass summit because of a rock slide Tuesday afternoon. 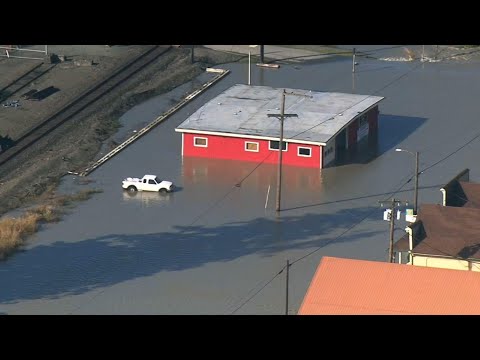 The weather service said areas under the warning should expect to see some flooded roads, and residents may need to move to higher ground. People should not try to drive through flooded areas.

The heavy rain is courtesy of a comparatively warm, wet frontal system moving in from the Pacific.