NEW YORK (AP) — The Latest on the filing for bankruptcy protection by the Sears Holding Corp. (all times local):

Appliance maker Whirlpool says that it expects a “very limited impact” to its business from Sears’ descent into bankruptcy protection.

The company, known for refrigerators, washing machines, and other appliances, says that about 1 percent of its accounts receivable exposure is related to Sears.

Net sales to Sears represent less than 2 percent of the company’s global sales.

Whirlpool doesn’t expect the bankruptcy to have any impact on its 2018 guidance or long-term financial results.

Hedge fund ESL says it stands by Sears’ decision to file for Chapter 11 bankruptcy protection, though it would have preferred to avoid a court-run process.

The hedge fund is run by now former Sears CEO Edward S. Lampert, who is also the company’s largest shareholder and has been attempting to keep the company afloat with his own money.

An out-of-court resolution “did not prove possible”, ESL said.

“We intend to work closely and collaboratively with other stakeholders to restructure the company’s balance sheet using the Chapter 11 framework as quickly and efficiently as possible and will continue to press forward with the goal of seeing Sears emerge from this process positioned for success as a smaller, less indebted retailer in an integrated retail environment,” ESL said. 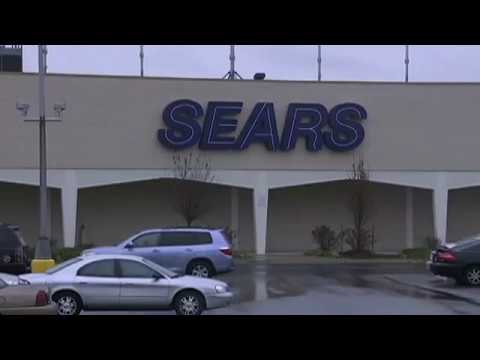 Electrolux hopes to continue selling its appliances at Sears after the iconic American retailer filed for Chapter 11 bankruptcy protection.

Electrolux said Monday that it has actively planned for the bankruptcy and other contingencies at the same time that it seeks other outlets that can sell its goods. The company gets about 10 percent of its revenue through sales of its products at Sears.

It said the bankruptcy filing, even though it has prepared for it, may lead to a material impact on business at Electrolux.

The company, inundated by debt and falling sales, said Monday that it would begin liquidation sales and close another 142 stores before the end of the year. The company that dominated the American retail landscape in the 20th century joins a long list of stores ravaged by changing technology and shopping patterns.

Some stores have pulled out of bankruptcy court and found some stability, but the future of other longstanding retail institutions like Toys R Us are more doubtful.