CHICAGO (AP) — Far from the southern border crisis, Illinois has launched a bullish effort to undercut the Trump administration’s immigration detention practices, and politicians and activists are taking note.

The state recently enacted a first-of-its kind ban on privately-run immigration detention, as President Donald Trump’s threat of mass deportations looms and his administration scrambles to find more jail space in an already overcrowded system. Promises to bar private immigration detention have been made repeatedly by Democrats on the 2020 campaign trail and advocates hope the Illinois law will galvanize others.

“No one benefits from keeping people unnecessarily incarcerated. The only people who do benefit are shareholders,” said senior policy counsel Fred Tsao, of the Illinois Coalition for Immigrant and Refugee Rights, which has fought private detention.

Illinois became the first state to bar private companies from contracting with local communities to detain immigrants under a law signed last month by Democratic Gov. J.B. Pritzker, who said it made the state “a firewall against Donald Trump’s attacks” on immigrants. The goal was to prevent the construction of a 1,300-bed facility roughly 80 miles (130 kilometers) from Chicago. Some estimate it would have nearly doubled Immigration and Customs Enforcement’s capacity to house immigrants in the area. 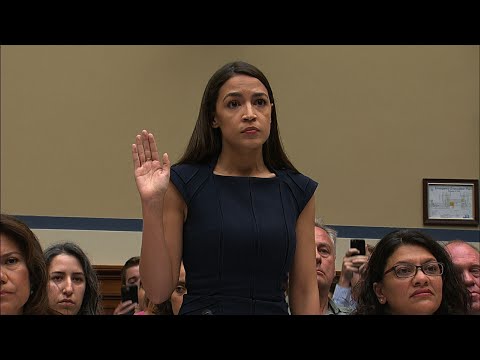 The move was hailed as a major victory by immigrant rights advocates, who have fought off other proposals in the area. While a national ban would be politically and practically unrealistic with most immigrant detainees being held in privately-run detention, some 2020 candidates held up Illinois as a model.

“Private immigration detention centers are exploitation for profit, and I’m glad to see Illinois ban them,” Democratic Sen. Elizabeth Warren tweeted before stopping in Chicago last month. “My plan to end private prisons would require the rest of the country to do the same.”

Democratic state Assemblyman Rob Bonta said he expanded his plan after the death of a 27-year-old who suffered a brain hemorrhage while detained by immigration authorities in California.

“It’s a statement about our values,” he said. “Private prisons run counter to our values.”

Other states have also taken a stand. Earlier this year, Michigan Gov. Gretchen Whitmer, a Democrat, halted the sale of a former state prison that was going to be used as a private immigration detention center after the company couldn’t promise it wouldn’t detain adult immigrants who had been separated from their children.

Private detention facilities have been used for immigration since the 1980s but didn’t take off until the 2000s, when management was increasingly outsourced, according to Lauren Brooke Eisen, a fellow at the Brennan Center for Justice who wrote a book on private prisons.

Now, at least 60% of immigrants detained by ICE are in privately-managed facilities, according to the National Immigrant Justice Center. The adult population of detainees was over 53,000 as of last month, and the agency is only budgeted for 45,000, according to ICE.

In the Midwest, the agency relies mostly on contracting space from county jails. The federal government is furiously seeking out additional beds with massive numbers of migrants coming to the southern border and an administration that is increasingly relying on detention. Reports of unsanitary and unsafe government-run facilities at the border have sparked public outrage, including by human rights groups.

″(Illinois’ ban is) another step in trying to constrain ICE’s capacity to arrest and detain,” said Randy Capps, a senior researcher with the Migration Policy Institute, a nonpartisan research group.

Activists argue that for-profit private facilities aren’t subject to the same standards as public ones and cite a lack of oversight by ICE, as an inspector general report at the Department of Homeland Security concluded earlier this year.

Advocates say other options would be more appropriate. Their suggestions include more ankle monitors or frequent check-ins with immigration authorities, programs that have been used before.

As of last summer, nearly 60% of those in immigration detention had no criminal record, according to the Transactional Records Access Clearinghouse at Syracuse University. A report issued by the group last month noted a “dramatic drop” in the number of detained immigrants with criminal records — more than 1,200 — from September 2016 through last December, even though the number of those in detention rose by more than 8,600 over that time period.

“Now, instead of possibly being housed close to family members and local attorneys, ICE will continue to depend on its national system of detention bed space reducing the opportunities for in-person family visitation and attorney coordination,” Alberico said in a statement.

Since 2012, immigration authorities have tried at least nine times to subcontract with local communities to build a private detention center near Chicago, including in northwestern Indiana. Most recently, the 4,000-person town of Dwight, Illinois, agreed to annex land for an ICE facility that would have been run by Virginia-based Immigration Centers of America.

ICA officials argue that their facilities are designed with the needs of detained immigrants and are a better option than jails. Spokesman John Truscott said attorneys were reviewing options after Illinois’ ban.

“We get the politics of it,” Truscott said. “What we’re trying to do is provide a better alternative.”

There’s a possible loophole in the Illinois law if ICE contracts directly with a private company. But backers of the law say it would be difficult because most facilities would need a municipality for services, including sewer and water.

Some of the most vocal supporters of such detention centers have been the communities themselves.

One of the first proposals was in the economically depressed community of Crete, which is near the Indiana border.

“The only reason we were interested in it was because of the money. We weren’t trying to make any statement of any kind,” said longtime Crete Mayor Michael Einhorn.