The death toll from the global coronavirus pandemic surpassed 10,000 people worldwide and the effects of a global economy grinding to a halt because of the pandemic were beginning to show, from millions of unsold flowers rotting in piles in Kenya to the slow emptying of the world’s skies. In Southern Europe, gasping patients filled sick wards and field hospitals went up in hotels and a convention center in Madrid.

The U.N. chief warned of a looming global recession “perhaps of record dimensions.” The governors of California, New York and Illinois ordered residents to stay home unless they have vital reasons to go out. Those orders affect 70 million Americans and encompass three of the country’s largest cities. Other states, including Connecticut, appeared poised to follow suit with similar directives.

Here are some of AP’s top stories Friday on the world’s coronavirus pandemic. Follow APNews.com/VirusOutbreak for updates through the day:

— President Donald Trump invoked the Defense Production Act to get needed medical supplies on the front lines of the coronavirus outbreak and the private sector mobilized against it. 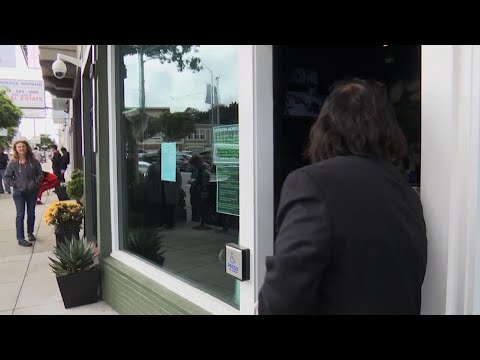 — The Dow Jones Industrial Average slid more than 900 points, ending the week with a 17.3% loss — its largest drop since 2008. The index has declined in four of the last five weeks.

Chart compares the cumulative cases over time in some of the hardest hit countries by coronavirus.

— As the federal government tries to ramp up nationwide screening, laboratory workers are warning of a new roadblock: dire shortages of testing supplies.

— The federal income tax filing deadline was pushed from April 15 to July 15, though the administration advises Americans expecting refunds to file sooner.

— Gen. James McConville, chief of staff of the Army, said the military branch will move to “virtual” recruiting, wooing recruits more aggressively through a variety of social media sites and other online activities.

— Most Americans who rent their homes, many of whom have lost their jobs in the sudden economic slowdown, will not be eligible for eviction protections despite what President Donald Trump said this week.

— In the Italian city of Bergamo, the coronavirus is depriving families of a bedside farewell with virus-stricken loved ones, or even a traditional funeral, and the cemetery is so overwhelmed by the number of dead that military trucks transported 65 bodies to a neighboring region for cremation this week.

— Republican Senate Intelligence Committee Chairman Richard Burr sold as much as $1.7 million in stocks just before the market dropped in February amid fears about the virus epidemic.

— Newscasts bring word of “hot zones” and “lockdowns.” Conversations are littered with talk of “quarantines” and “isolation.” Leaders urge “social distancing.” In an instant, the pandemic has changed people’s vocabulary, just like everything else.

— What sheltering in place looks like from one AP journalist’s perch: Like many across the nation, we’ve already been hunkering down, working from home and home-schooling to help slow the spread of the coronavirus. Now it’s official, and even more eerily quiet.

For most people, the virus causes only mild or moderate symptoms, such as fever and cough. For some, especially older adults and people with existing health problems, it can cause more severe illness, including pneumonia. The vast majority of people recover.

Chart shows the number of confirmed cases in China over time and compares them to cases confirmed outside of China.

Nearly 624,000: That’s the number of passengers who passed throughout outbound checkpoints Thursday, according to the Transportation Security Administration. That’s the lowest number at U.S. airports of outbound passengers ever recorded by an agency created in November 2001 in the wake of the Sept. 11 terrorist attacks. It compares with 2.4 million on the same day a year earlier.

This chart tracks the levels of active cases, recoveries and deaths from COVID-19 around the world over time.

PANDEMIC POT: Companies in California and elsewhere are reporting big jumps in marijuana deliveries and sales, as consumers stock up ahead of lockdowns or simply light up in search of relief during anxious times.