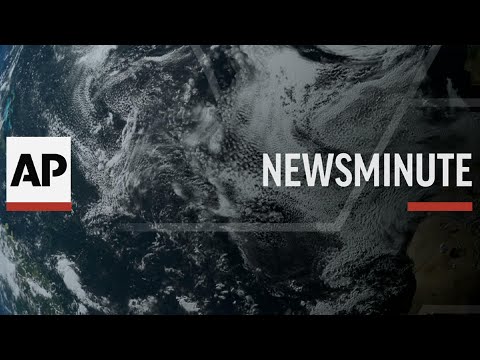 1. MORE INFORMATION ON THE PRESIDENT’S ACTIONS

A second whistleblower has come forward with details about Donald Trump’s dealings with Ukraine, adding to the impeachment peril engulfing the White House and potentially providing new leads to Democrats in their unfurling investigation of Trump’s conduct.

U.S.-backed Kurdish-led forces said American troops began pulling back Monday from positions along the border in northeast Syria ahead of an expected Turkish invasion that the Syrian Kurds say will overturn five years of achievements in the battle against the Islamic State group.

3. WHO WAS LOOKING FOR BUSINESS DEALS IN UKRAINE

As Rudy Giuliani was pushing Ukrainian officials last spring to investigate one of Donald Trump’s main political rivals, a group of individuals with ties to the president and his personal lawyer were trying to install new management at the top of Ukraine’s massive state gas company and steer lucrative contracts to companies controlled by Trump allies.

The 2019 Nobel Prize for Physiology or Medicine has been awarded to scientists William G. Kaelin, Jr, Peter J. Ratcliffe and Gregg L. Semenza for their discoveries of “how cells sense and adapt to oxygen availability.”

5. NO END IN SIGHT FOR GM WALK OUT

Contract talks aimed at ending a 21-day strike by the United Auto Workers against General Motors have taken a turn for the worse, hitting a big snag over product commitments for U.S. factories.

Activists with the Extinction Rebellion movement blocked major roads in Berlin and Amsterdam on Monday at the beginning of what was billed as a wide-ranging series of protests demanding new climate policies.

The nation’s business economists think President Donald Trump’s trade war with China will contribute to a sharp slowdown in economic growth this year and next, raising concerns about a possible recession starting late next year.

The justices are returning to the Supreme Court bench for the start of an election-year term that includes high-profile cases about abortions, protections for young immigrants and LGBT rights.

The volatile and propulsive drummer for Cream and other bands who wielded blues power and jazz finesse and helped shatter boundaries of time, tempo and style in popular music died Sunday at age 80.

10. BASKETBALL AND POLITICS IN UNEASY MIX

Houston Rockets general manager Daryl Morey tried to defuse the rapidly growing fallout over his deleted tweet that showed support for anti-government protesters in Hong Kong, saying he did not intend to offend any of the team’s Chinese fans or sponsors.