WASHINGTON (AP) — President Barack Obama stunned Republicans when he bypassed Congress and, relying on what he called his pen and his phone, used executive powers to enact his agenda, including protecting millions of young immigrants from deportation.

Now, with President Donald Trump proposing an even more dramatic end-run around Congress to build his promised border wall with Mexico, many Republicans are uneasily cheering him on.

The potential use of a national emergency declaration by Trump for the border wall shows the extent to which the party is willing to yield on treasured values — in this case, the constitutional separation of powers — to steer clear of confronting the White House and give the president what he wants.

It’s a different accommodation from just a few years ago. Then Republicans often called out Obama as overstepping his authority in using executive actions when Congress failed to act on White House priorities. They complained about Obama as “king,” ″emperor” or “tyrant.”

Rep. Mark Meadows, R-N.C., a leader of the House Freedom Caucus, said most conservatives would go along with Trump’s decision to declare a national emergency as “the last tool in the tool box” for building the wall. 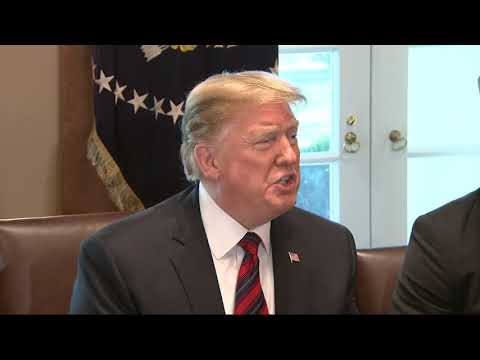 “Does the president have the right and the ability to do it? Yes. Would most of us prefer a legislative option? Yes,” Meadows told reporters this week. “Most conservatives want it to be the last resort he would use. But those same conservatives, I’m sure, if it’s deployed, would embrace him as having done all he could do to negotiate with Democrats.”

Other Republicans say Trump has few options left after talks broke down at the White House over his long-promised border wall.

“This is not something you would want to do,” said Rep. Doug Collins of Georgia, now the top Republican on the Judiciary Committee.

“But we’ve been put into this position,” he said. “The Democrats are forcing him into a choice of doing the national emergency because they won’t sit down and discuss it.”

On Saturday, the partial government shutdown will stretch in its 22nd day and Trump’s plans for ending the stalemate are shifting yet again.

Trump indicated he was slowing what had appeared to be momentum toward the national emergency declaration as the way out of the stalemate. Invoking the power would allow him to tap unspent Defense funds to build the long-promised wall along the border that was central to his presidential campaign.

On the campaign trail, the president often said at rallies that Mexico would pay for the wall. But Mexico has refused forcing Trump to ask Congress for the money instead. Trump walked out of negotiations this week when Speaker Nancy Pelosi and Democrats refused to give, saying they support dollars for border security just not the big wall Trump envisions. They call the wall ineffective and say it’s a symbol that does not reflect the nation’s values.

After having talked for days about invoking the national emergency power to unleash the funds, the president hit pause Friday. “I’m not going to do it so fast,” Trump said during an event Friday at the White House.

Experts have said even though the president may have the authority to invoke powers under the 1976 National Emergencies Act, using it will almost certainly bring on a court battle. The courts did not allow President Harry Truman to nationalize the U.S. steel industry during the Korean War.

Moreover, they say, it could lead the country into uncharted areas. Declaring an emergency could give the president access to many other powers, according to the Brennan Center for Justice at NYU School of Law.

“The president thinks that he can do whatever he wants by declaring something a national emergency,” said Sen. Mazie Hirono, D-Hawaii who serves on the Judiciary Committee. “I think it’s a very dangerous thing.”

But what cuts to the core of the concern on Capitol Hill is the executive branch wading into legislative domain to shift money Congress has already approved to the wall.

The constitution provides the Congress, not the White House, the power of the purse, and lawmakers are not eager to cede their role to the president, even for a wall many Republicans support.

Lawmakers on Capitol Hill objected to the administration eyeing shifting unspent disaster funding Congress approved last year for Army Corps of Engineer projects to help hurricane-ravaged Puerto Rico, Texas and other areas to pay for the wall. By Friday, lawmakers said they were being told those projects will not be touched and the White House was now looking for other funds to pay for the border wall.

Sen. John Cornyn of Texas, part of the GOP leadership, said at a forum Friday in Austin that the lawmakers “worked very hard to make sure that the victims of Hurricane Harvey - their concerns are addressed and Texas is able to rebuild.”

He said, “I will tell you that I will oppose any reprogramming of Harvey disaster funds.”

Republican Richard Shelby of Alabama, the chairman of the Appropriations Committee, acknowledged the dilemma, especially as the shutdown continues with no end in sight.

Trump invoking a national emergency “might break an impasse and it needs to be broken one way or another,” Shelby said as the Senate adjourned. But he prefers a negotiated settlement with Congress. “I’m still hoping we’ll have a breakthrough, but right now I don’t see one.”