Americans snap to attention on virus as big events canceled

A basketball tournament, with no fans. A St. Patrick’s Day, with no parades. College campuses, with no students. Corporate headquarters, with barren cubicles.

The nation snapped to attention on Wednesday as the new coronavirus was declared a pandemic, stocks slid into bear market territory and the American public finally began to come to grips with the outbreak. President Donald Trump held a rare prime-time address from the Oval Office to calm the public.

Health and government officials have been sounding the alarm about the virus for nearly two months as it infected and killed thousands of people, pinballing from China to Iran to Italy and beyond before striking Seattle in the first deadly outbreak in the U.S.

But Wednesday was the moment that the larger American public came to the dawning realization that the toll of the virus would be unavoidable for months to come, perhaps longer.

In the matter of hours Wednesday afternoon, the signs were everywhere. The NCAA announced that the rite of spring for so many Americans — its college basketball tournament — would be played before largely empty arenas. Around the same time, the White House scheduled a nationally televised address. News feeds lit up with cancellations of St. Patrick’s Day parades, major university systems in California, New York and elsewhere ending classes for the term and late night comedians making plans to film without live studio audiences. 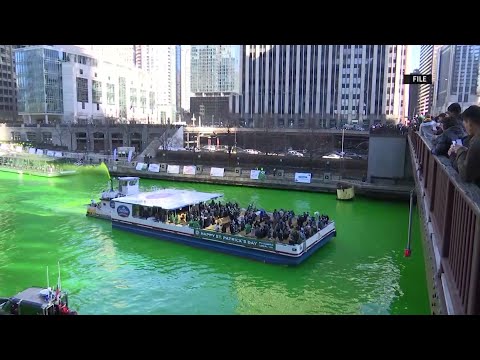 CBS Evening News anchor Norah O’Donnell solemnly declared during Wednesday evening’s broadcast that two employees of the network had tested positive and those who worked closely with them had been asked to self-quarantine.

Later in the day, Hollywood icon Tom Hanks announced that he and his wife have tested positive for the virus. Just as the Hanks news was bouncing around the internet and on people’s phones, the NBA said it was suspending its season until further notice.

In his prime-time address, Trump declared that he is sharply restricting passenger travel from 26 European nations to the U.S. beginning late Friday, at midnight. Trump said the month-long restrictions won’t apply to the United Kingdom, and there would be exemptions for “Americans who have undergone appropriate screenings.” He said the U.S. would monitor the situation to determine if travel could be reopened earlier.

“We are all in this together,” Trump said.

The Oval Office address was an abrupt shift in tone from a president who has repeatedly sought to downplay the severity of the threat, telling people: “It will go away, just stay calm.”

Many Americans shared a similar mindset in recent weeks, but the events of Wednesday changed the mood.

Koloud ‘Kay’ Tarapolsi of the Seattle suburb of Redmond learned that two of her children will have to be kept home from school because their district closed for two weeks starting Thursday. Their Girl Scout activities including cookie-selling have already been curtailed.

“We’re adjusting,” she said. “If we avoid each other and listen to the scientists, maybe in a few weeks it will be better.”

Officials in some American cities, including the hot spots of Seattle and the San Francisco Bay Area, banned large gatherings of people, while celebrations including Chicago’s St. Patrick’s Day parade were canceled.

The World Health Organization called the crisis a pandemic, a step it had previously resisted. Stocks plunged, with the S&P 500 on the cusp of falling into bear territory at nearly 20% lower than the record set just last month.

In Washington state, after Gov. Jay Inslee announced a ban on events of more than 250 people in the greater Seattle area, the Seattle Public School system said it would close for at least two weeks for its 53,000 students. COVID-19 has killed more than two dozen in the Seattle area.

As of Wednesday evening, 38 people had died in the U.S., while more than 1,300 people had tested positive for the new coronavirus.

That’s far less than the toll in other parts of the globe: In Italy, where more than 12,000 people had tested positive and 800 people have died, the situation was so dire that all stores except pharmacies and food markets were ordered closed.

The vast majority of people recover from the new virus. According to the World Health Organization, people with mild illness recover in about two weeks, while those with more severe illness may take three to six weeks to recover. In mainland China, where the virus first exploded, more than 80,000 people have been diagnosed and more than 60,000 have so far recovered.

Meanwhile, from UCLA to the University of Vermont, the number of colleges and universities canceling in-person classes and moving the rest of the semester online mounted.

In New York City, there have only been a few dozen people diagnosed with COVID-19, but the virus is still all that anyone was talking about.

Subway trains, usually jam-packed at rush hour, were unusually uncrowded Wednesday. City transportation officials reported that the number of people cycling to work in Manhattan over the East River bridges has soared 55% over the past few days as people have heeded the mayor’s suggestion to avoid public transportation during peak hours.

Some grocery stores across the city, which ran out of hand sanitizer days ago, have seen shelves empty of other items, like bottled water. Public places have seemed a little less teeming, though tourist hubs like Times Square are still attracting plenty of people.

“We hope to do our part to help to decrease the rate of transmission in our communities,” it wrote.

Even email boxes were papered with references to the new virus, as employers wrote to workers outlining new work-from-home procedures, and businesses sent emails to customers with subject lines like “Coronavirus update.”

Holly Wagner, 20, a sophomore at New York University, said she had been planning on visiting Washington, D.C., over spring break, but now is worried the campus will shut entirely while she’s gone, leaving her unable to retrieve belongings.

“I’m worried the situation is going to escalate and they’re going to say, ‘don’t come back to the dorms,’” she said.

Rhode Island Gov. Gina Raimondo asked residents not to organize or attend gatherings of more than 250 people, but stopped short of an outright ban. Still, at an afternoon news conference, she pleaded for people sick even with just aches and pains to stay home.

“We understand that people have to live their lives and and business has to continue,” she said. “However, we only have one chance to contain this.”

This story has been corrected to accurately spell the name of Norah O’Donnell.