MADISON, Wis. (AP) — Wisconsin Gov. Tony Evers announced Monday that his budget will include proposals to decriminalize possession of small amounts of marijuana for personal use and legalize medical marijuana.

The new Democratic governor said it was time for Wisconsin join more than 30 other states and the District of Columbia in legalizing medical marijuana. The governor, who previously advocated for decriminalizing marijuana, noted that citizens in 16 counties and two cities in Wisconsin voted by significant margins in non-binding referendums last year to approve medical marijuana.

“As a cancer survivor, I know the side effects of a major illness can make everyday tasks a challenge. People shouldn’t be treated as criminals for accessing a desperately needed medication that can alleviate their suffering,” the governor said.

Under the proposal, a physician or a practitioner under the direction of a physician could recommend the use of medical marijuana to alleviate symptoms related to medical conditions such as cancer, glaucoma, post-traumatic stress disorder, chronic pain, severe nausea and seizures. 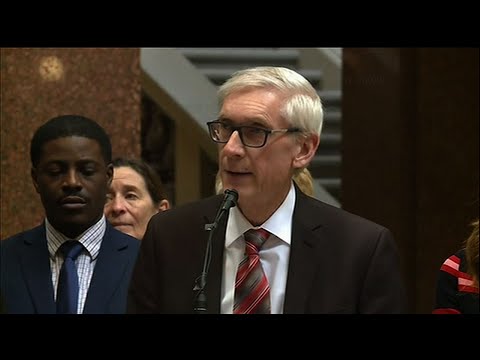 “It’s not just about access to health care, it’s about connecting the dots between racial disparities and economic inequity,” Evers said. “Too many people, often persons of color, spend time in our criminal justice system just for possessing small amounts of marijuana. That doesn’t make our communities stronger or safer.”

Evers also wants to get rid of the yearly physician’s certification needed for use of cannabidiol, also known as CBD oil, which is used to treat seizures.

But his proposal is unlikely to win approval in the Republican-controlled Legislature.

“Without having specific details, his proposal appears to go too far,” Republican Assembly Speaker Robin Vos said. “It makes it easier to get recreational marijuana and provides a pathway to full legalization, which I do not support. I’m open to medical marijuana when it’s prescribed by a doctor but it has to be done in a targeted way without allowing recreational use.”

Senate Majority Leader Scott Fitzgerald, a Juneau Republican, has said he opposes medical marijuana and isn’t sure such a law could pass the chamber.