ABIDJAN, Ivory Coast (AP) — On a trip to Africa to promote women’s economic empowerment, Ivanka Trump said Wednesday the White House should be judged by its actions toward a continent that her father has privately disparaged.

In an Associated Press interview, the president’s daughter and senior adviser pointed to visits to Africa by herself, first lady Melania Trump and others, and said: “Our commitment to Africa is clear.” She added that she hopes President Donald Trump will visit. “I’ve been deeply, deeply inspired by my trip here. And I think he will be as well,” she said.

Ivanka Trump spoke on the last day of her four-day trip to Ethiopia and Ivory Coast, which has featured a mix of carefully choreographed diplomacy and visits to business ventures as she advances a White House program to give an economic boost to women in the developing world.

The trip was initially viewed with some skepticism, given the president’s persistent efforts to cut foreign aid and his disparaging comments about African countries. But there no public signs of tension as his daughter posed for photos with officials and announced development grants.

The president was criticized last year after his private comments referring to “shithole countries” in Africa and other regions were leaked to journalists. 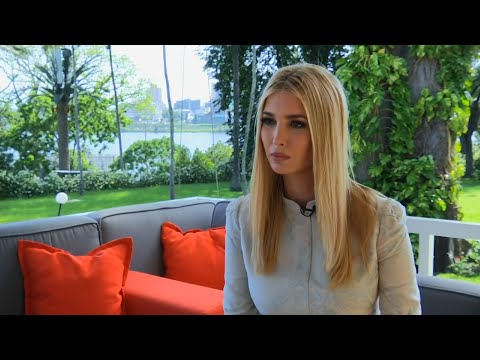 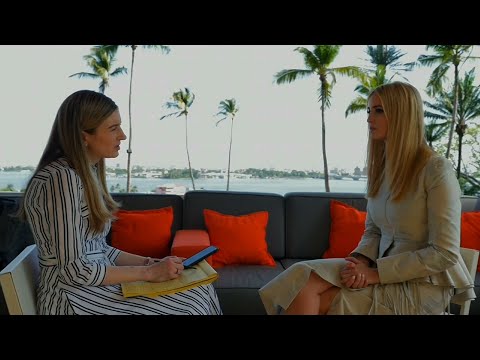 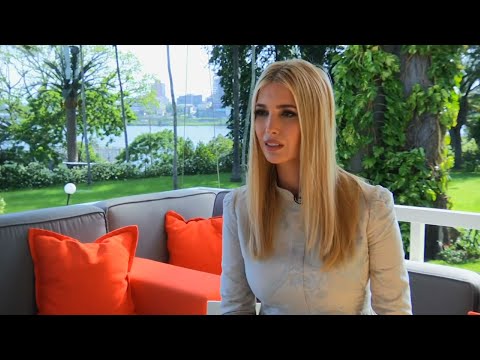 White House senior adviser Ivanka Trump says her father asked her if she was interested in taking the job of World Bank chief but she passed on it. In an AP interview, the president's daughter said she was happy with her current role. (April 14)

“Our actions are speaking for themselves in terms of our dedication to seeing Africa prosper,” Ivanka Trump said. “I’m very excited about continuing my work to specifically focus on advocating and advancing the role of women on this continent and beyond.”

The president’s latest proposed budget would cut money for diplomacy and development by about one-quarter. But Congress has twice rejected his administration’s attempts to slash the foreign affairs budget and is likely to do so again.

Traveling with the head of the U.S. Agency for International Development, Ivanka Trump was welcomed with enthusiasm. In Ethiopia, she perched on a stool on a grass-covered floor for a traditional coffee welcome ceremony and sat behind a loom at a textile operation. In Ivory Coast, she traveled several hours outside Abidjan, the largest city, to a rural cocoa farm and attended a World Bank-sponsored policy summit.

As she entered the town where the cocoa farm was located, she was surrounded by a cheering, dancing crowd. Many people waved signs and wore shirts with her picture that said “Welcome to Adzope, Ivanka Trump.”

“This is something we rarely see,” said government minister Patrick Achi, after Trump’s open-air tour of the cocoa production process. He thanked her for the visit and said residents will keep it “forever in our hearts.”

As she concluded the trip, Ivanka Trump made clear she relished the work she was doing. She said her father recently asked her if she was interested in the job of World Bank chief but that she decided she was happy with her current role in the administration. She worked on the selection process for the new head of the 189-nation World Bank, U.S. Treasury official David Malpass, and said he would do an “incredible job.”

Asked if her father had approached her about other top jobs, Ivanka Trump said she would “keep that between us.” But she did say she does not see a run for office in her future. She also said she had no plans to leave her White House role any time soon.

A day before the Justice Department planned to release a redacted version of the special counsel Robert Mueller’s report on Russian election interference and the 2016 Trump campaign, Ivanka Trump said she was not worried about what it would contain .

She also said she stood by a previous statement that the president had no involvement in granting security clearances to her or her husband, White House adviser Jared Kushner. “I have no evidence to the contrary,” she said.

But she said she had not spoken to the president about the issue since reports surfaced that he had ordered officials to grant Kushner a clearance over the objections of national security officials.

Asked whether she would support turning over documents to Democrats investigating the issue, Ivanka Trump said she would leave that decision to the White House counsel.

A convert to Judaism, Ivanka Trump said she was concerned about a “rise in anti-Semitism” and said there currently was “less support for Israel than Israel has traditionally experienced.” Asked if she agreed with her father’s statements that Democrats had become an “anti-Jewish” party, she said: “I never make categorical statements, but certainly there are some who have said things that are not supportive of the state of Israel.”

Throughout the interview, Ivanka Trump stressed her commitment to her White House work, but also said it takes a “tremendous toll” on her family life and her three young children.

“That’s a price that we’re paying together,” she said. “I am looking forward to a time in the future when I can live a slightly more low-key private life and be able to spend a little bit more time with my children.”

Her kids, she stressed, are proud of the current family business.

Ivanka Trump said her 7-year-old daughter Arabella recently used her nanny’s phone to ask the Siri digital assistant how many people her father, Kushner, had helped get out of prison, after the passage of a criminal justice bill that Kushner had helped champion.

“I think our kids are really proud and I share with them as many of these stories as I can,” Ivanka Trump said. “I’m certainly going to share the stories of this trip.”