OSAKA, Japan (AP) — The Latest on President Donald Trump’s visit to Japan for the Group of 20 summit (all times local):

President Donald Trump is kicking off meetings with international leaders at the Group of 20 summit with a working dinner with Australian Prime Minister Scott Morrison.

Trump on Thursday congratulated Morrison on his “fantastic” re-election victory and says that although Morrison wasn’t favored to win, he doesn’t consider it an “upset.”

Morrison praised the strong bonds between the U.S. and Australia. He said he will raise the issue of collateral damage from the ongoing U.S.-China trade war with Trump, but the leaders didn’t discuss the issue with reporters present.

President Donald Trump is in Japan to meet with world leaders amid a flurry of international crises, tense trade negotiations and a mounting global to-do list.

Trump is attending the annual Group of 20 summit and then is going to South Korea where he’ll address the standoff with North Korea over its nuclear weapons program. 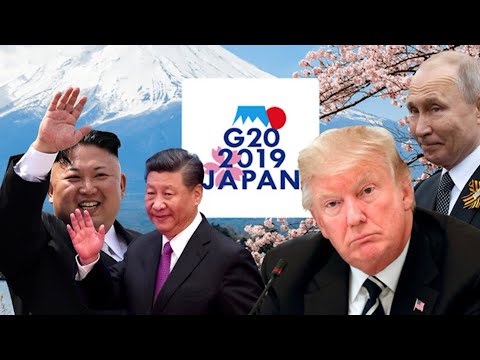 Air Force One touched down at Osaka International Airport in a rainstorm ahead of high-stakes meetings with Russia’s Vladimir Putin, China’s Xi Jinping and a host of others at the gathering of the leaders world’s largest economies.

The visit comes days after Trump pulled back from the brink of armed conflict with Iran, and as he looks to de-escalate a year-long trade war with China. U.S. officials said Trump would also warn Putin against continued election meddling.

Heading into what is likely his most consequential overseas trip of the year, President Donald Trump will be forced to grapple with a flurry of international crises, tense negotiations and a growing global to-do list.

Trump goes first to Osaka, Japan, for the annual Group of 20 summit, then on to South Korea for consultations on North Korea’s nuclear program.

The agenda for his four-day trip is as laden with hazards for the president as it is light on the ceremonial pomp that marked his recent state visits to Japan and the United Kingdom.

The showdown between the U.S. and Iran, a trade war with China and the threat of fresh election interference by Russia are just some of the issues confronting the American leader.