NASHVILLE, Tenn. (AP) — More than a week before the Grammy Awards, country duo Dan + Shay seem pretty relaxed ahead of the biggest performance of their career coming up at Sunday’s awards show. Until they start talking about it.

“I should probably stop talking because I am psyching myself out now,” said the mop-headed Dan Smyers as he sits next to Shay Mooney in the Warner Music Nashville office. “Like, oh my gosh, there’s going to be a lot of people watching.”

They’ve just got back from a short European run of shows and they’ve held the top two spots on Billboard’s Hot country songs chart for seven consecutive weeks with the two-time Grammy-nominated hit “Tequila” and their wedding-themed smash “Speechless.” Their upcoming headlining tour is mostly sold out and they’ll be joining Florida Georgia Line as tour openers this summer.

Their performance is the icing on the cake after an incredible year for the duo whose self-titled third record last year turned them from country radio favorites to pop crossovers. The multi-platinum swelling piano ballad “Tequila” reached the Top 10 on Billboard’s Adult Top 40 chart and hit their career best of No. 21 on the all-genre Hot 100 chart. 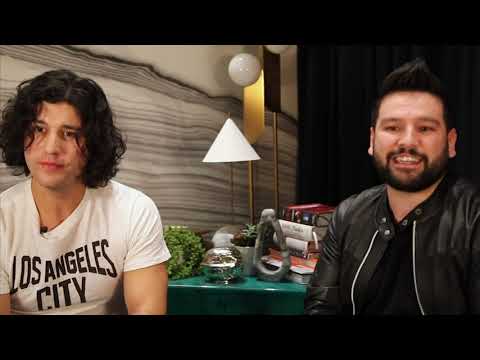 “It’s a huge exposure for the song. Timing is great. You know the song (‘Tequila’) has been out just a little over a year and is getting some international attention now and that’s an international stage,” Smyers said. “People watch the Grammys from all over the world.”

“Tequila” is nominated for best country duo/group performance, though it has some serious competition: “Meant to Be,” by Bebe Rexha and Florida Georgia Line, is also nominated and made history last year as the longest-running No. 1 song on the country charts. Other nominees include “When Someone Stops Loving You” by Little Big Town, Brothers Osborne’s “Shoot Me Straight” and “Dear Hate” by Maren Morris and Vince Gill.

Additionally, Smyers is nominated as a co-writer of “Tequila” in the best country song category.

The two talked to The Associated Press about expanding their audience, dealing with anti-pop criticism and handling the pressure of their big performance, taking place at the Staples Center in Los Angeles. Answers have been edited for brevity.

AP: This third album feels like an introduction to a wider audience with the success of “Tequila” and “Speechless.” How has the audience grown for you in the past year?

Smyers: (The) music’s been played on multiple radio formats now, you know, not only country but pop and Hot AC and all over the world, which is really incredible. Hopefully we’re introducing new people to country music that have never listened to it before. They hear “Tequila” on whatever format it may be and they say, “Man that’s really cool. That’s what country music sounds like.” And they end up digging deeper into it.

AP: Do you feel very welcomed in the pop music genre now?

AP: At the same time, country acts who crossover always seem to face some criticism from country radio and fans within the genre. How do you deal with that?

Mooney: There’s a very small amount of people who are hating on the music. There’s millions of people who are listening and loving and I think you kind of have to keep that in mind. Especially in the social media age.

AP: Playing on the Grammys stage will be biggest performance of your career. How do you handle that pressure?

Smyers: We love that pressure. It makes us deliver. It makes us rise to the occasion and yeah, we’re fired up for it. It’s going to be awesome and the minute we get off stage, we’ll take a sigh of relief and then get back in our seats and watch all the other performances.

AP: How do you work with the show’s producers to decide what the stage and performance are going to look like?

Mooney: They’ve been so good about letting us kind of take a creative direction and be able to kind of choose what we want to do. They’re pros, obviously. They’ve been doing this for a while now and we kinda trust them on that. .They know this is a huge moment in an artist’s career. You never know if you’ll get that chance again.