Fake chimneys for birds that need vertical hollows to rest

BIRMINGHAM, Ala. (AP) — People from New England to Texas are building fake chimneys as nesting spots and migration motels for chimney swifts, little birds that are dwindling in number as the nation’s architectural landscape changes.

Old factories and schools with huge chimneys are being torn down, and most new houses don’t have chimneys. Many homeowners who do have chimneys are getting them lined with metal for fire safety or capping them to keep animals out.

So conservationists are building big chimney-like birdhouses as summer homes for swifts, which can rest only by using their toes as grappling hooks on a rough, vertical surface. Several are located around Birmingham, Alabama, where Greg Harber has been watching the birds for a decade as chimneys vanish.

It’s disheartening to see how many chimneys have been lost, “but it does give us hope that if we put them up that they will use them,” Harber said as swifts swirled near a real chimney. Because the 5.5-inch-long (14-centimeter), torpedo-shaped gray-brown birds sometimes called ”flying cigars ” spend most of their time flying at up to 35 mph (56 kph), such migration gatherings offer some of the best chances to see them. 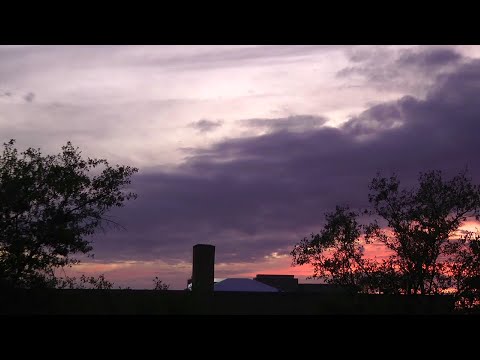 Though there are still an estimated 7.7 million adult chimney swifts, scientists estimate their totals have fallen by more than 70 percent since the 1960s, and by more than one-third just over three recent generations of the bird — about 16 years. That steep decline prompted the International Union for the Conservation of Nature to reclassify the species last year as vulnerable — the step before endangered.

“It fits right in with a lot of other data,” including a recent report that North America has lost about one-quarter of its birds since 1970, said Jim Bonner, director of the Audubon Society of Western Pennsylvania.

It’s unclear how much of the chimney swifts’ decline is linked to chimney loss, especially since fake chimneys don’t always get used.

The flying insects swifts eat also appear to be declining. But University of Connecticut professor Margaret Rubega, who is also the Connecticut state ornithologist, thinks the birds’ decline is likely rooted in South America.

Rubega said a big problem is that scientists have only a few reports of small numbers of chimney swifts in the upper Amazon Basin, so they don’t really know where they winter, let alone what may be happening to them there.

Although three less numerous western species of swifts also migrate to Central or South America, their numbers are stable or even increasing slightly.

When swifts migrate, chittering clouds of birds circle big school or factory chimneys at dusk and drop into the opening a few at a time in what birdwatchers call a “swiftnado.”

Birmingham still has about 30 big chimneys where hundreds, even thousands, of migrating swifts rest en route to South America, said Lianne Koczur, Alabama Audubon’s science and conservation director. “But if you consider that one or two or three are being lost every year, it doesn’t take very long” to lose them all, she said.

Most fake chimneys are wooden and 8 to 12 feet (2.4 to 3.7 meters) tall, designed to replace home and small industrial chimneys used as nesting spots. There’s only one nest per chimney, even if several adults roost there.

Bonner said the Audubon Society of Western Pennsylvania has built or helped with about 150 towers in Pennsylvania, including 100 in Allegheny County’s nine parks. Nests get built in about half of the 40 oldest structures and data isn’t yet available for many, Bonner said.

Georgean and Paul Kyle, the couple credited with starting the current surge of tower building, said they’ve put up more than 100 nesting towers in Central Texas, and nearly all are occupied. Eighty percent of those built before the birds’ March arrival get nests their first year, they said in an email. The nests are made of loosely woven twigs cemented to each other and the chimney with the birds’ sticky saliva.

“If you cup your hand and put that up against a wall, you’re not out that far” on size and shape, Bonner said.

However, larger towers designed for migrating flocks have had little success at attracting them. Swifts have nested in a 30-foot brick tower finished in early 2015 in Raleigh, North Carolina, but migrating birds have dropped in only in response to a recording of a flock’s twittering chatter, said John Gerwin, a naturalist at the North Carolina Museum of Natural Sciences.

Up to 75 birds have roosted there, he said, “but they don’t come back unless we’re there to do a playback.”