SACRAMENTO, Calif. (AP) — California’s attorney general announced Tuesday that he won’t charge two Sacramento police officers who fatally shot an unarmed black man last year, joining a local prosecutor in finding that the officers reasonably believed Stephon Clark had a gun as he moved toward them.

Attorney General Xavier Becerra announced the results of a nearly yearlong investigation after telling Clark’s mother privately. He acknowledged that it was not what Clark’s family wanted but said the evidence showed the officers had reason to believe their lives were in danger, though investigators found only a cellphone. SeQuette Clark did not comment Tuesday on Becerra’s findings.

“There is a lot of hurt in this community today and certainly in the home of the Clark family,” Becerra said. “Our investigation can’t change what has happened, but we can make every effort to deliver a fair, thorough and impartial review, which we promised this community.”

Clark, 22, was suspected of vandalism when he was shot seven times on March 18, 2018, and his killing prompted protests in California’s capital city and across the U.S.

New demonstrations followed Sacramento County District Attorney Anne Marie Schubert’s decision this weekend not to charge the officers, with 84 people arrested Monday. A reporter from The Sacramento Bee newspaper was briefly detained while live-streaming the protest, and clergy members were among those arrested. The police said the gathering in a wealthy Sacramento neighborhood was an unlawful assembly and that cars had been keyed. 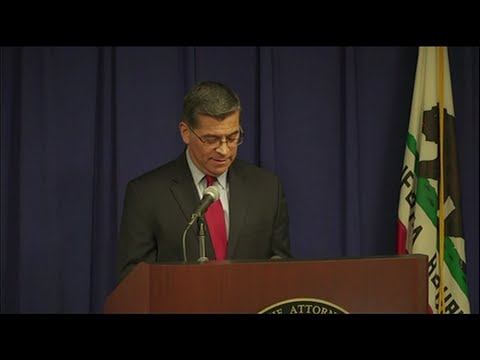 People who had participated said at Tuesday’s City Council meeting that police were overly aggressive, pushing and sometimes striking protesters and ramming them with bikes. One woman said that her ankle was broken.

The Rev. Kevin Kitrell Ross said officers trapped protesters as they tried to leave before arresting them.

“We witnessed law enforcement trap us on a bridge as we raised our hands showing that we were in surrender,” he said.

Sacramento Mayor Darrell Steinberg called for an independent investigation into police’s response to the protest, and police Chief Daniel Hahn said the department was reviewing body camera footage. Police spokesman Marcus Basquez said no protesters were taken to the hospital.

The City Council meeting grew tense as people shared their reactions to the arrests. Steinberg shut the meeting down for about 15 minutes amid shouting. The meeting then resumed and finally ended after about four hours.

With the conclusion of the state and local investigations, U.S. Attorney McGregor Scott and Sean Ragan, who heads the FBI’s Sacramento office, said they and the U.S. Justice Department’s Civil Rights Division will review the results to see whether the officers violated Clark’s civil rights. Such reviews are standard practice, Scott spokeswoman Lauren Horwood said.

Sacramento police said they will decide after Scott’s investigation concludes whether the officers violated any policies or procedures, which could result in their firings.

Officers Terrance Mercadal and Jared Robinet said they thought Clark was approaching them with a gun after he ran from them into his grandparents’ backyard.

The officers had been pursuing Clark after receiving calls about someone breaking car windows and an elderly neighbor’s sliding glass door. The attorney general and district attorney said the evidence showed Clark was advancing toward the officers holding what they thought was a gun when they shot him.

Clark could have kept fleeing through an opening at the other side of the backyard, Becerra said, but instead advanced from about 30 feet (9 meters) away from the officers to about 16 feet (5 meters) away before they opened fire.

Attorneys for Clark’s family say an autopsy they commissioned found that police shot Clark seven times from behind.

Becerra said his office hired the San Diego County Medical Examiner’s Office to conduct an independent review, which backed the official autopsy showing that Clark was most likely shot as he approached police.

The attorney general said he considered evidence that Clark had drugs and alcohol in his system and had been fighting with his fiancee in the days prior to the shooting.

But while the local district attorney highlighted those factors during her announcement Saturday, drawing protests that she was impugning Clark’s character, Becerra said they were not key to his decision.

Becerra, who called for changes in law enforcement practices to prevent other shootings, said there was plenty of evidence to support his conclusion. Still, he said it was not an easy decision.

“There’s a young man who’s no longer alive,” Becerra said. “Two sons who won’t have a father. Whose mother I just met is still grieving. Of course it was a tough call. These are all tough calls. It’s never easy.”

The case has led top state officials to support changes to California’s legal standard for when police can use deadly force.

Lawmakers have revived a measure introduced after Clark’s slaying that would make California the first state to allow police to use deadly force only when it’s necessary to prevent imminent and serious injury or death and if there’s no reasonable alternative, such as warnings or other methods.

Becerra was vague about what reforms he would support but said change was needed. He did not endorse specific legislation.

“This incident reads like the bitterly familiar passages of a long, complicated and uninviting book,” he said. “We must all be willing to write the next chapters in this story of what we call American justice.”

Associated Press writers Kathleen Ronayne in Sacramento and Christopher Weber and Brian Melley in Los Angeles contributed to this report.