WASHINGTON (AP) — The Latest on the Supreme Court and Justice Brett Kavanaugh (all times local):

Brett Kavanaugh has taken the bench with his new Supreme Court colleagues for the first time.

The new justice dived into his new job, asking a handful of questions in the first arguments of the day following a traditional welcome from Chief Justice John Roberts, who wished Kavanaugh “a long and happy career in our common calling.”

In court, Kavanaugh asked questions of both sides in arguments over increased prison sentences for repeat offenders. He jumped in with his first question after most of the other justices had spoken.

Questions from Kavanaugh and Justice Neil Gorsuch, President Donald Trump’s two high-court picks, suggested they could vote against the Trump administration and side with a criminal defendant from Florida who is fighting an increase in his sentence. 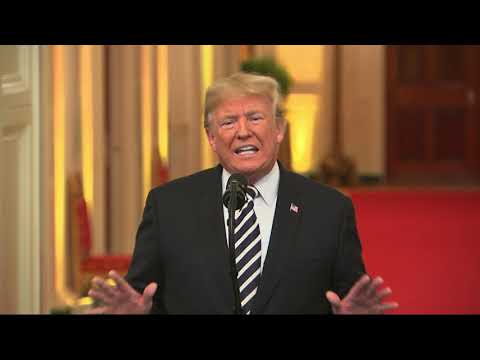 Supreme Court Justice Brett Kavanaugh is diving into his new job, asking a handful of questions in the first arguments of the day.

Kavanaugh asked questions of both sides in arguments over increased prison sentences for repeat offenders. He jumped in with his first question after most of the other justices had spoken.

There were no disruptions in the courtroom.

Chief Justice John Roberts welcomed Kavanaugh on behalf of the entire court, wishing him the traditional “long and happy career in our common calling.”

The new justice’s wife and two daughters were in seats reserved for justices’ guests, along with retired Justice Anthony Kennedy. Kavanaugh replaced Kennedy on the bench.

The 53-year-old Kavanaugh occasionally chatted privately with Justice Elena Kagan from his seat at the end of the bench to the far left of Roberts.

People hoping to see Justice Brett Kavanaugh’s first day on the Supreme Court bench are waiting in long lines outside the court. Police barricades are up in front of the court, but the few protesters on hand are congregating near the garage where the justices enter.

Protesters held signs that said, “We will not forget” and “We do not consent,” following the acrimonious fight that culminated in Kavanaugh’s 50-48 confirmation by the Senate on Saturday.

The new justice said Monday that his two daughters are expected to be in the courtroom Tuesday as their father and his new colleagues were hearing arguments.

Brett Kavanaugh is about to hear his first arguments as a Supreme Court justice.

The high court is hearing two hours of arguments Tuesday beginning at 10 a.m. It will be the first time Kavanaugh joins his eight colleagues to hear a case.

Kavanaugh was confirmed 50-48 Saturday after a bitter Senate battle. He took his oaths of office in a private ceremony at the Supreme Court on Saturday evening. And on Monday evening he participated in a ceremonial swearing-in ceremony at the White House.

Republicans had hoped to confirm Kavanaugh in time for the court’s Oct. 1 start of the new term. But Kavanaugh’s confirmation was delayed as the Senate considered allegations that he had sexually assaulted a woman in high school. Kavanaugh denied those allegations.