The Latest: Trump, Kim to have private dinner Wednesday

The White House said Monday that the leaders’ two-day meeting in Hanoi will begin with an official greeting and a meal.

Trump will be joined by Secretary of State Mike Pompeo and White House chief of staff Mick Mulvaney. Kim will also have two aides present and both men will have translators.

Trump and Kim will then hold a series of official meetings Thursday.

Trump is set to land in Vietnam late Tuesday and will have meetings with the host country’s president and prime minister Wednesday before seeing Kim.

President Donald Trump is on his way to Vietnam for his summit with North Korean leader Kim Jong Un (kim jawng oon).

Trump and Kim will discuss one of Asia’s biggest security challenges: North Korea’s pursuit of a nuclear program that stands on the verge of threatening any target on the planet.

Before leaving Washington on Monday, Trump told the nation’s governors that “I think we’ll have a very tremendous summit.” 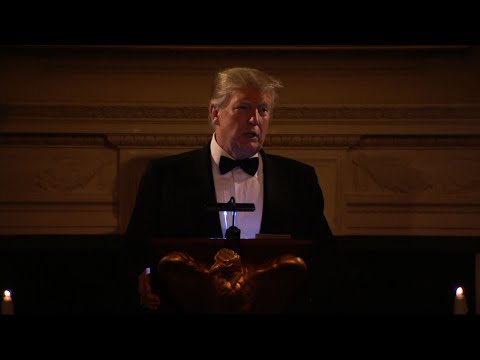 Trump says the U.S. wants denuclearization. He appears to be holding out economic progress for North Korea as a potential reward. He says of North Korea, “I think he’ll have a country that will set a lot of records for speed in terms of an economy.”

Trump was the driving force behind this week’s Vietnam summit. It’s his second meeting with Kim after the first yielded few concrete results.

President Donald Trump will head into his second meeting with North Korea’s Kim Jong Un lowering expectations for Pyongyang’s denuclearization while eager to declare a flashy victory to offset the political turmoil he faces at home.

Trump was the driving force behind this week’s Vietnam summit, aiming to re-create the global spectacle of his first meeting with Kim, although that initial summit yielded limited results and the months that followed left many questions about what will be achieved in the sequel.

Trump once warned that North Korea’s arsenal posed such a threat to humanity that he may have no choice but to rain “fire and fury” on the rogue nation, yet last week he declared that he was in “no rush” for Pyongyang to prove it was abandoning its weapons.