Testifying for the first time since releasing Mueller’s report, Barr faced sharp questioning from Senate Democrats who accused him of making misleading comments and seeming at times to be President Donald Trump’s protector as much as the country’s top law enforcement official.

The rift fueled allegations that Barr has spun Mueller’s findings in Trump’s favor and understated the gravity of Trump’s behavior. The dispute is certain to persist, as Democrats push to give Mueller a chance to answer Barr’s testimony with his own later this month.

Barr separately informed the House Judiciary Committee that he would not appear for its scheduled hearing Thursday because of the panel’s insistence that he be questioned by committee lawyers as well as lawmakers. That refusal sets the stage for Barr to possibly be held in contempt of Congress.

At Wednesday’s Senate Judiciary Committee session, Barr spent hours defending his handling of Mueller’s report against complaints from Democrats and the special counsel himself. He said, for instance, that he had been surprised that Mueller did not reach a conclusion on whether Trump had tried to obstruct justice, and that he had felt compelled to step in with his own judgment that the president committed no crime. 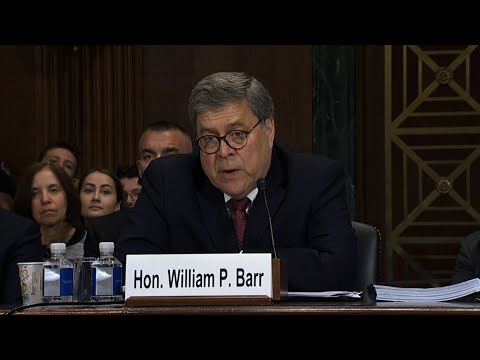 “I’m not really sure of his reasoning,” Barr said of Mueller’s obstruction analysis, which neither accused the president of a crime nor exonerated him. If Mueller wasn’t prepared to make a decision on whether to bring charges, Barr added, “then he shouldn’t have investigated. That was the time to pull up.”

Barr was also perturbed by a private letter Mueller, a longtime friend, sent him complaining that the attorney general had not properly portrayed the special counsel’s findings in a four-page memo summarizing the report’s main conclusions. The attorney general called the note “a bit snitty.”

“I said: ‘Bob, what’s with the letter? Just pick up the phone and call me if there is an issue,’” Barr said. 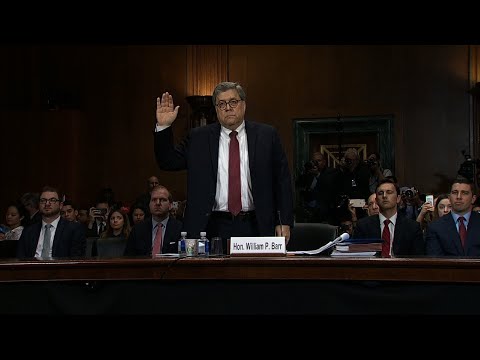 The airing of disagreements was all the more striking since the Justice Department leadership and Mueller’s team had appeared unified in approach for most of the two-year investigation into potential coordination between the Trump campaign and Russia during the 2016 election. The revelation that Mueller, who’d been publicly silent for the entire investigation, was agitated enough to send a letter to Barr — which could, and did, become public — lent his words extra credibility with Democrats, who accused Barr of lying under oath last month when he said he was unaware Mueller’s team was unhappy with how its work had been characterized.

Barr downplayed the special counsel’s complaints, saying they were mostly about process, not substance, while raising a few objections of his own in the other direction. He said that Mueller did not, as requested, identify grand jury material in his report when he submitted it, slowing the public release of the report as the Justice Department worked to black out sensitive information.

He also insisted that once Mueller submitted his report, the special counsel’s work was done and the document became “my baby.”

“It was my decision how and when to make it public,” Barr said. “Not Bob Mueller’s.”

Wednesday’s contentious Senate hearing gave Barr his most extensive opportunity to date to defend recent Justice Department actions, including a press conference before the report’s release and his decision to release a brief summary letter two days after getting the report.

But the hearing, which included three Democratic presidential candidates, also laid bare the partisan divide over the handling of Mueller’s report.

Some Republicans, in addition to defending Trump, focused on the president’s 2016 Democratic opponent Hillary Clinton’s email practices and what they argued has been a lack of investigation of them.

Televisions across the West Wing, including one just off the Oval Office used by the president, were tuned to cable coverage of Barr’s testimony. Trump told advisers he was pleased with Barr’s combative stance with Democratic senators, according to an administration official and a Republican close to the White House who were not authorized to speak publicly about private discussions.

Trump tweeted Wednesday that the probe was “The greatest con-job in the history of American Politics!” He has told those around him that, after being disappointed by former Attorney General Jeff Sessions, he has found an attorney general loyal to him.

Democrats also moved to exploit the daylight between Barr and Mueller to impugn the attorney general’s credibility. Some also called for Barr to resign, or to recuse himself from Justice Department investigations that have been spun off from Mueller’s probe.

“I think the American public has seen quite well you are biased in this situation and not objective and that is the conflict of interest,” said Sen. Kamala Harris of California, one of the Democratic contenders for president.

They pressed him on whether he had misled Congress last month when, at an unrelated congressional hearing, he professed ignorance about complaints from the special counsel’s team. Barr suggested he had not lied because he was in touch with Mueller himself and not his team.

Unswayed, Democrat Patrick Leahy of Vermont said, “Mr. Barr, I feel your answer was purposefully misleading, and I think others do too.”

Neither side broke much new ground Wednesday on the specifics of Mueller’s investigation, though Barr did articulate a robust defense of Trump as he made clear his firm conviction that there was no prosecutable case against the president for obstruction of justice.

The attorney general asserted that Trump was “falsely accused” during the investigation and that the president therefore lacked the criminal intent required to commit obstruction. Democrats seized on multiple instances in Mueller’s report in which Trump was said to have asked aides to lie or sought to seize control of the probe, but in each instance, Barr said Trump’s conduct wasn’t a crime.

He was asked by Sen. Dianne Feinstein, the committee’s top Democrat, about an episode recounted in Mueller’s report in which Trump pressed White House Counsel Don McGahn to seek the removal of Mueller on conflict-of-interest grounds. Trump later asked McGahn to deny a press report that such a directive had been given.

Barr entered the hearing on the defensive following reports hours earlier that Mueller had complained to him in a letter and over the phone about the way his findings were being portrayed.

Mueller’s letter, dated March 27, conveyed his unhappiness that Barr released what the attorney general saw as the bottom-line conclusions of the investigation and not the introductions and executive summaries that Mueller’s team had prepared and believed conveyed more nuance and context than Barr’s own letter. Mueller said he had communicated the same concern days earlier.

“There is now public confusion about critical aspects of the results of our investigation,” Mueller wrote in his letter to Barr. “This threatens to undermine a central purpose for which the Department appointed the Special Counsel: to assure full public confidence in the outcome of the investigations.”

Barr appeared unmoved by the criticism. He said repeatedly that Mueller had assured him that Barr’s letter of conclusions was not inaccurate but he simply wanted more information out. Barr said he didn’t believe a piecemeal release of information would have been beneficial, and besides, it wasn’t Mueller’s call to make.

Barr also noted that Mueller concluded his investigation without any interference and that neither the attorney general nor any other Justice Department official overruled the special counsel on any action he wanted to take.