Her family is preparing to emigrate from Iraq to Australia and start a new life after the suffering the Islamic State group wreaked on their small religious minority. She is desperate to go with them, but there is also someone she can't bear to leave behind: Her 2-year-old daughter, Maria, fathered by the IS fighter who enslaved her.

Children of Islamic State group live under a stigma in Iraq

KIRKUK, Iraq (AP) — A family of six lost children lives quietly in a small apartment among strangers in this northern Iraqi city. The "man of the house," an 18-year-old, heads out each morning looking for day labor jobs to pay the rent. His 12-year-old sister acts as the mother, cooking meals, cleaning and caring for her young siblings.

MOSUL, Iraq (AP) — In Iraqi orphanages, you find all the ways that war wreaks its destruction, embodied in the most innocent of faces: Children of those killed, children born of rape, children abandoned in the chaos of battle. There are also the children of the enemy.

Salhiya orphanage, Iraq's state-run facility in Baghdad, is now home to children of foreign jihadis who came to join the Islamic State group and are now either dead or incarcerated.

Children of IS fighters grow up without parents

BAGHDAD (AP) — More than a decade ago, Ismail Saleh says, a neighbor wanted to marry one of Saleh's cousins. Following the custom of their clan in northern Iraq, she was meant to wed Saleh, so the family refused. And thus, he says, a feud was born.

Saleh now sits on death row in Baghdad, sentenced to hang after being accused of fighting for the Islamic State group, a charge he steadfastly denies. The chief evidence against him: the word of that neighbor.

3 Iraqis, sentenced to gallows on the word of informants

The Associated Press interviewed three Iraqis who have been sentenced to death for allegedly fighting for the Islamic State group, speaking to them in a Baghdad prison. The AP also spoke to their families, in northern Iraq.

A look in Iraq’s courtrooms where IS suspects are tried

BAGHDAD (AP) — Over three days in late May, the presiding judge of the counterterrorism court in Baghdad heard an average of 12-13 cases a day and sentenced to death at least 10 defendants accused of being Islamic State group members.

Death sentences are being issued at a dizzying rate in Iraq's rush to prosecute and punish suspected IS members: more than 3,000 over the past few years, with new ones added every day. 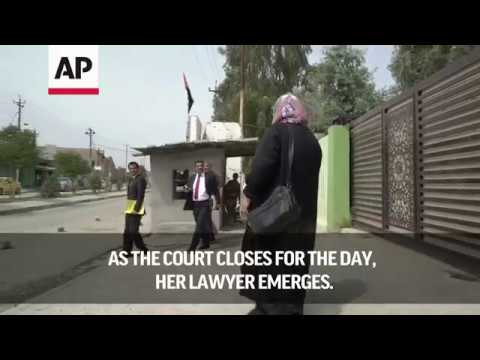 Syria’s Kurds put IS on trial with focus on reconciliation

QAMISHLI, Syria (AP) — The "Defense of the People" Court is an almost intimate place. Three judges — two men and a woman — sat behind a large desk. The defendant, a former Islamic State group fighter in Syria, faced them in a chair only a yard away, close enough for a conversation. A space heater in the center and mustard-colored couch and armchairs made the room even homier.

Syria: Inside a Kurdish Court 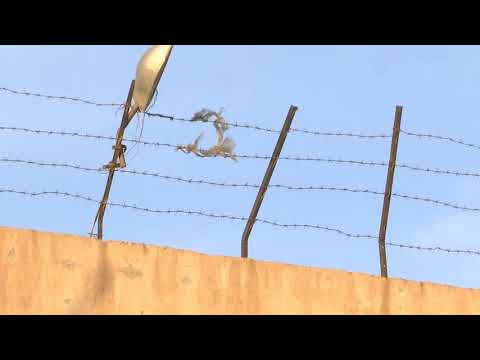 TEL KEIF, Iraq (AP) — The entire trial lasted just over half an hour. A grey-haired man was led into the defendant's booth. He fidgeted as the judge read the charges against him: Swearing allegiance to the Islamic State group and working for the militants as an employee at a water station.

With control of nearly 25 percent of Syria, the U.S-backed Kurdish authorities in northern and eastern Syria built their justice system from scratch and put hundreds of Syrians — members of IS — on trial.

MOSUL, Iraq (AP) — Authorities in Mosul have buried more than 1,000 bodies in a mass grave in a desert valley outside the city, most of them believed to be Islamic State group militants, according to a provincial official. More remains are being dug out of the rubble of the district where the fighters made their final stand last year.

2 British IS members say hostage beheadings were a ‘mistake’

KOBANI, Syria (AP) — Two British militants believed to have been part of an Islamic State group cell notorious for beheading hostages in Syria were unapologetic in their first interview since their capture, denouncing the U.S. and Britain as "hypocrites" who will not give them a fair trial.

The men, along with two other British jihadis, allegedly made up the IS cell nicknamed "The Beatles" by surviving captives because of their English accents.

Iraq holding more than 19,000 because of IS, militant ties

BAGHDAD (AP) — Iraq has detained or imprisoned at least 19,000 people accused of connections to the Islamic State group or other terror-related offenses, and sentenced more than 3,000 of them to death, according to an analysis by The Associated Press.

The mass incarceration and speed of guilty verdicts raise concerns over potential miscarriages of justice — and worries that jailed militants are recruiting within the general prison population to build new extremist networks.