LOS ANGELES (AP) — Ellen DeGeneres says she'll be ready to talk when her daytime show returns this month after a staff shake-up prompted by allegations of a toxic workplace.

NEWPORT, R.I. (AP) — Oscar winner Jennifer Lawrence got married over the weekend in Rhode Island during a ceremony and reception studded with Hollywood stars.

LOS ANGELES (AP) — Meghan Markle isn't the only one celebrating a newborn today . Comedian Amy Schumer has also given birth to her first child. 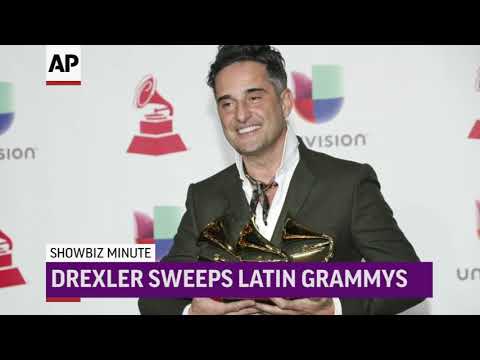 By The Associated PressNovember 15, 2018 GMT

Amy Schumer says she's been hospitalized for severe, second-trimester nausea and apologized to fans in Dallas for canceling a stand-up show.

She said Thursday on Instagram she and the baby are fine. The post accompanied a photo of herself in a hospital bed. The "Trainwreck" and "I Feel Pretty" star said she's been suffering from a condition called hyperemesis gravidarum, which can cause severe morning sickness. 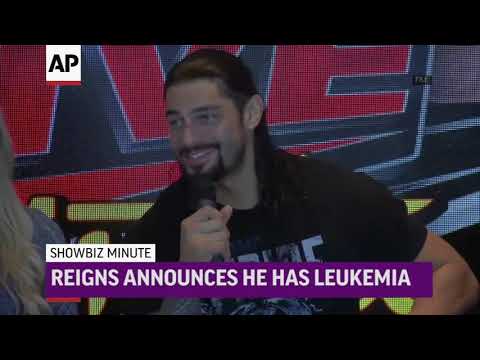 The comedian and actress broke her baby news Monday on the Instagram stories of friend and journalist Jessica Yellin . Yellin, of the site NewsNotNoise.org, showed at the end of a list of Schumer's recommended congressional and gubernatorial candidates the line: "I'm pregnant-Amy Schumer."

Don't look for Amy Schumer in any Super Bowl LIII commercials this time around. She's sitting this one out as she stands with Colin Kaepernick and his take-a-knee protest against racism and police brutality.

The comedian and "I Feel Pretty" actress explained her stance at length Friday on Instagram, challenging white NFL players to kneel as well. Addressing them directly, she wrote: "Otherwise how are you not complicit?"

NEW YORK (AP) — Commuters with tickets to ride out of New York's Grand Central Station heard a special serenade on Friday evening, with Paul McCartney taking over a corner of the majestic hub for a concert.

Only invited guests including Jon Bon Jovi, Meryl Streep, Amy Schumer, Kate Moss and Steve Buscemi were let behind black curtains to see the stage, but everyone could hear a 24-song set that spanned more than 50 years of music.

JAMESTOWN, N.Y. (AP) — Dan Aykroyd has brought his Harley Davidson motorcycle to the new National Comedy Center, and left it there for permanent display.

The "Saturday Night Live" alum is one of numerous celebrities who have traveled to the western New York city of Jamestown this week to celebrate the grand opening of the center.

He has delivered the motorcycle, which he used to ride to "SNL" studios, on Friday before a performance by Amy Schumer.

The $50 million cultural institution is in the western New York city of Jamestown and tells the story of comedy from its origins to the present with a mix of interactive exhibits, a hologram theater and comedy artifacts such as the late George Carlin's archives.

Will LA mean LeBron behind the scenes and on the big screen?

With the leadership of LeBron James, anything is possible.

As James comes from Cleveland to Los Angeles looking to take the Lakers to more championships with a blockbuster $154 million contract announced this week, he could also push those two 1990s properties closer to reality and go from part-time presence to major player in Hollywood.

NEW YORK (AP) — Protesters in President Donald Trump's hometown chanted "shame!" when his name was mentioned and called for his ouster as they marched across the Brooklyn Bridge in sweltering heat on Saturday to denounce his policy of separating families of people caught crossing the border illegally.

There were calls to abolish the Immigration and Customs Enforcement agency and suggestions of hypocrisy among politicians who support Trump's policies and stress family values.

Amy Schumer gets into the podcast game

NEW YORK (AP) — Amy Schumer is used to getting glammed up for red carpets, TV shows and movies, but for her new podcast, it was all about comfort.

"Never will a bra be worn," the Emmy-winning comedian, actress and author said in an interview with The Associated Press on Wednesday.

Busy Philipps gets her own talk show on E!

NEW YORK (AP) — Busy Philipps is living up to her name.

The actress is getting her own late-night talk show on E! called "Busy Tonight." Production is set to begin this summer.

Philipps made the announcement on Instagram. It's fitting, because her popularity has skyrocketed due to her Instagram account where she posts about her life and observations of things around her. Recent posts chronicle her daughter's missing stuffed animals, ongoing sinus troubles and her weekend at Coachella.

LOS ANGELES (AP) — John Krasinski's thriller "A Quiet Place" rose to the top spot of the box office in its third weekend in theaters, just barely beating out last week's champ "Rampage" for the title.

"A Quiet Place" added $20.9 million from North American theaters, bringing its domestic total to $131.3 million, while "Rampage," in its second weekend grossed $20.1 million.

If you've ever walked into a store and were embarrassed to tell the salesperson your real size, or entered the gym locker room and wanted to hide, you're part of the target audience for Amy Schumer's "I Feel Pretty." Whatever age or gender you happen to be.

LOS ANGELES (AP) — Emily Ratajkowski was being literal, not cryptic.

The actress and model says she wasn't signaling that she was pregnant when she posted a photo of herself on Instagram with the caption "Bearing fruit."

The 26-year-old tells USA Today she was in a tree holding fruit and "bearing fruit" seemed like the right caption. She says it was sweet that people were excited, but she's "not pregnant."

Schumer: ″I Feel Pretty’ helped me fall in love with myself’

Still, the protests were deeply personal for some of the celebrities involved.

Jennifer Hudson, who performed "The Times They Are A Changin'" to cap Saturday's March for Our Lives rally in Washington, D.C., alluded to the shooting deaths of her mother, brother and 7-year-old nephew in 2008.

By The Associated PressFebruary 15, 2018 GMT

Amy Schumer has tied the knot with chef Chris Fischer.

People magazine says the two wed in a private ceremony in Malibu, California, on Tuesday. The magazine says Jennifer Aniston, Jake Gyllenhaal, Jennifer Lawrence and Larry David were among the approximately 80 guests.

Cathey died at age 59, according to a statement from Netflix published in numerous reports. No other details were given.

Schumer teams up with her hero, Steve Martin

NEW YORK (AP) — Late-night legend David Letterman will be among the guests when "Jimmy Kimmel Live" returns to Brooklyn, New York, for a weeklong visit.

ABC says other guests slated for the week of Oct. 16 include Billy Joel, Tracy Morgan, Amy Schumer and Howard Stern.

Paul Shaffer, longtime bandleader on CBS' bygone "Late Show with David Letterman," will sit in each night with Kimmel's houseband, Cleto and The Cletones.

LOS ANGELES (AP) — If there's a bigger cheerleader for genealogy research than Henry Louis Gates Jr. it's unlikely they're nearly as well-connected.

The prominent Harvard professor once again lures the famous and celebrated to PBS' "Finding Your Roots," which shares their ancestry and family stories as uncovered by impressive research and science.