SYDNEY (AP) — An Australian judge ruled Thursday that a woman wanted in Chile on kidnapping charges dating to Augusto Pinochet’s military dictatorship in the 1970s can be...

2/3rds of Chilean voters back rewriting their constitution

SANTIAGO, Chile (AP) — Amid a year of contagion and turmoil, Chileans turned out Sunday to vote overwhelmingly in favor of having a constitutional convention draft a new charter to replace guiding...

MADRID (AP) — Chilean writer Luis Sepúlveda, author of the novel “The Old Man Who Read Love Stories,” has died after a six-week battle with the new coronavirus. He was 70 years old.

SANTIAGO, Chile (AP) — Chilean President Sebastián Piñera on Saturday announced the suspension of a subway fare hike that had prompted violent student protests, less than a day after he declared a...

SANTIAGO, Chile (AP) — Two months before Tamara Lagos was born in 1984, her father was killed by agents of the Chilean dictatorship of Gen. Augusto Pinochet.

SANTIAGO, Chile (AP) — Authorities say a former commander in chief of the Chilean army has been arrested and charged for involvement torturing 24 people following a 1973 military coup.

Retired Gen. Juan Emilio Cheyre was taken into custody Thursday on orders from a local judge.

Cheyre had previously been sentenced to three years for covering up the killing of 15 left-wing militants while a deputy regiment commander. He was the army's commander from 2002-2006.

SANTIAGO, Chile (AP) — Six people were sentenced to up to 10 years in prison Wednesday for the 1982 death of former President Eduardo Frei Montalva, marking a historic ruling in the highest profile murder case from Gen. Augusto Pinochet's dictatorship.

Judge Alejandro Madrid ruled that Frei Montalva was poisoned to death with "toxic substances" that were gradually introduced into his body while he was hospitalized at a private clinic.

By The Associated PressDecember 21, 2018 GMT

This photo gallery highlights some of the top news images made by Associated Press photographers in Latin America and the Caribbean that were published in the past week.

Immigrants still expressed hope of getting asylum in the U.S., though they will no longer be released into the United States while their cases play out under a new agreement between the Mexican and U.S. governments requiring them to wait instead in Mexico. 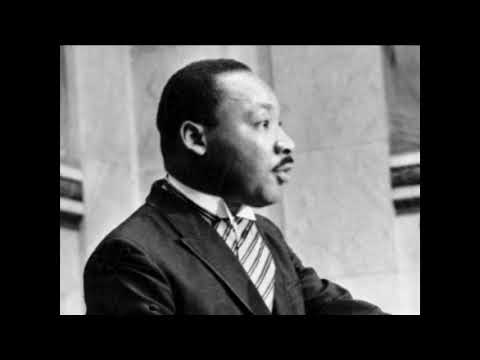 SANTIAGO, Chile (AP) — A Chilean judge has convicted 53 former secret police agents from the country's dictatorship for participating in the kidnapping and disappearance of seven communist leaders and the murder of the former Communist Party chief Victor Diaz.

The judicial system said Monday that Judge Miguel Velazquez imposed sentences of up to 20 years on the former agents.

SANTIAGO, Chile (AP) — One of Chile's leading human rights advocates died Friday at age 93 without knowing the fate of her husband, two children and pregnant daughter-in-law who were forcibly disappeared during the country's dictatorship.

Ana Gonzalez died in a hospital in Santiago after years of suffering from breathing problems. 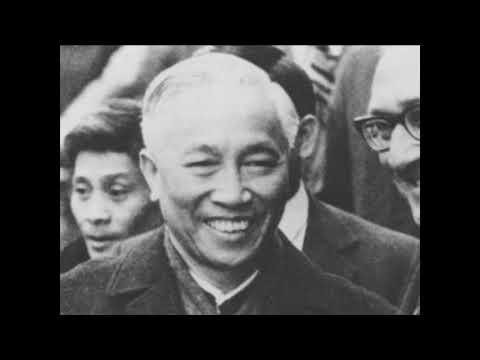 Cristian Precht already had earlier been suspended from priestly duties for five years after an investigation into similar allegations. He is now in his late 70s.

By The Associated PressSeptember 14, 2018 GMT

This photo gallery highlights some of the top news images made by Associated Press photographers in Latin America and the Caribbean published in the past week.

Haitians eking out livings picked through the garbage dump for the capital, while some people in Argentina are starting to go hungry as the nation's economic crisis begins to hit the poorer portions of the population.

Stories still emerge of the horrors after Chile’s coup

SANTIAGO, Chile (AP) — The marine commander gave an order to Chief Petty Officer Pienovi, who moments before had obeyed an order to help send his own wife to a torture center.

"Take her!" he demanded — referring to the couple's frantic and shouting 9-year old child. And so he did, the daughter now recalls, raping his own child on the spot.

SANTIAGO, Chile (AP) — Former Chilean President Michelle Bachelet was 23 years old when she was tortured and fled her country's dictatorship into exile. Now, more than four decades later, she will face her past fighting such abuses worldwide as the new U.N. human rights chief.

Bachelet, 66, is often seen smiling, chatting easily or tossing unplanned comments or jokes into her speeches. But behind her good humor lie haunting memories of the brutal dictatorship that tore her family apart.

SANTIAGO, Chile (AP) — Chile's Supreme Court on Friday ordered the seizure of more than $1.6 million from the assets of the late dictator Gen. Augusto Pinochet.

The top court also sentenced three former military officers to four years in prison for embezzlement of public funds in a case involving Pinochet, but allowed them to remain free under conditional liberty.

The court said the money cannot remain with Pinochet's family because it comes from an illegal origin.

SANTIAGO, Chile (AP) — Chile's Supreme Court has sentenced 24 former police agents to prison for the disappearance of a man who was arrested during the "dirty war" crackdown on leftists under dictator Augusto Pinochet.

The ruling released Tuesday says Jorge Arturo Grez Aburto was detained in 1974 by agents of the National Intelligence Directorate and was tortured before vanishing in July, presumably killed.

SANTIAGO, Chile (AP) — Eight retired soldiers have been sentenced to 18 years in prison for one of the most emblematic murders of Chile's military dictatorship: the murder of folk singer Victor Jara and a government official.

The office of the court system announced the ruling on Tuesday, and it said a ninth veteran was sentenced to five years for cover-up.

Pope has tough words for indigenous, Chile during Mass

TEMUCO, Chile (AP) — Pope Francis took the Chilean state and the country's largest indigenous group to task Wednesday over their failure to forge a truly unified nation, saying the government must do more than just negotiate "elegant" agreements and radical Mapuche factions must stop violence.

Chile heads into presidential runoff with a transformed political landscape

(THE CONVERSATION) It took some time, but it seems Chile has finally entered a new political era.

SANTIAGO, Chile (AP) — A team of international scientists said Friday that Nobel Prize-winning poet Pablo Neruda did not die of cancer or malnutrition, rejecting the official cause of death but not laying to rest one of the great mysteries of post-coup Chile.

SANTIAGO, Chile (AP) — A judge in Chile has sentenced 35 former agents of Gen. Augusto Pinochet's feared secret police for the kidnapping, detention and forced disappearance of a pregnant woman in 1976.

Reinalda Pereira was five months pregnant at the time. The 29-year-old was a medical technician and a member of the Communist Party who collaborated with dissidents resisting Pinochet's 1976-1990 dictatorship.

SANTIAGO, Chile (AP) — A judge in Chile is charging six people in connection with the 1982 death of former President Eduardo Frei Montalva.

The judiciary said in a statement Friday that his death was caused by "toxic substances" that were gradually introduced into his body. He had been hospitalized at a private clinic.

Chile Congress OKs bill to legalize abortion in some cases

SANTIAGO, Chile (AP) — Chilean lawmakers have approved a bill that would legalize abortion in limited circumstances and end the socially conservative country's status as the last in South America with a blanket ban on the procedure.

The measure approved late Wednesday allows abortions when a woman's life is in danger, when a fetus is not viable and in cases of rape. President Michelle Bachelet, a physician and former head of U.N. Women, backs the bill and has said she will sign it into law.

SANTIAGO, Chile (AP) — A court in Chile has filed an extradition request to the United States for a former Chilean secret police agent wanted in the kidnapping and killing of a Communist Party leader during the 1973-1990 dictatorship.

Armando Fernandez Larios is wanted in connection with the 1974 torture death of Manuel Sanhueza Mellado during the dictatorship of Gen. Augusto Pinochet.

MEXICO CITY (AP) — Mexican authorities have captured an alleged leftist Chilean militant wanted in connection with the 1991 murder of a Chilean senator.

Mexico's Attorney General's Office says that the man was captured in the central state of Guanajuato. It doesn't name the suspect, but Chilean officials identify him as Raul Escobar Poblete, alias "Comandante Emilio."

Main jailed in torture of Chile president’s father is freed

SANTIAGO, Chile (AP) — A judge has ordered the release of one of two military officers serving sentences for torturing President Michele Bachelet's father who died in their custody, Chile's judiciary said on Tuesday.

SANTIAGO, Chile (AP) — Chile's Supreme Court says the government must pay a total of $3.2 million to 71 former political prisoners who'd been held by the military dictatorship of 1973 to 1990.

The ruling announced Monday upholds a lower court decision rejecting the government's contention that the statute of limitations had expired.

SANTIAGO, Chile (AP) — Thousands of Chileans are staging demonstrations to demand changes in the country's pension system, which was once considered a global model.

Sunday's demonstrators say the privately managed system needs profound reforms because many Chileans wind up with retirement benefits below the minimum salary of about $390.

Chile court OK’s extradition in 1976 car bombing in US

SANTIAGO, Chile (AP) — Chile's Supreme Court ruled Monday that the government can file an extradition request to the United States for two former secret police agents wanted for a 1976 car bombing in Washington that killed a former Chilean ambassador and a U.S. citizen.

SANTIAGO, Chile (AP) — Chile's Supreme Court is upholding a decision to grant probation to a police officer jailed for the 1985 killings of three Communist Party activists during the country's military dictatorship.

The justices on Wednesday ratified an appeals court ruling granting conditional freedom to Guillermo Gonzalez. He had served over 20 years in prison.

By The Associated PressSeptember 16, 2016 GMT

SANTIAGO, Chile (AP) — Violeta Zuniga gets around with a cane because of her knee problems, but nothing can keep the 83-year-old from performing Chile's national dance to protest her partner's disappearance during the country's military dictatorship.

SANTIAGO, Chile (AP) — A judge in Chile has sentenced nine former agents of Gen. Augusto Pinochet's secret police for the kidnapping, torture and killing of six political prisoners during the 1973-90 dictatorship.

The sentences ranging between 3 and 10 years were announced Thursday by Judge Mario Carroza.

Carroza said that the state must pay the families of the victims a total compensation of about $678,000.

In a unanimous ruling, the court sentenced retired Gen. Pedro Espinoza to 15 years, up from the seven ordered by the trial judge, and ex-Col. Rafael Gonzalez to three years instead of two.

SANTIAGO, Chile (AP) — A former commander in chief of the Chilean army was arrested Thursday and charged with complicity in the killing of 15 left-wing militants at the start of the country's military dictatorship in 1973.

Retired Gen. Juan Emilio Cheyre was taken into custody on orders from Judge Mario Carroza, one of several judges who investigate human rights crimes in Chile.

Cheyre, the army's commander in 2002-2006, has repeatedly denied the charges leveled...