The Grammy Museum is launching its own online streaming service featuring performances and interviews from A-list musicians, as well as material...

NEW YORK (AP) — There was a time not too long ago when Broadway star Ben Platt was interviewed by a monster. A perfectly nice monster, of course. It was Elmo.

NEW YORK (AP) — Former President Barack Obama will deliver a televised prime-time commencement address for the high school Class of 2020 during an hour-long event that will also feature LeBron...

LeBron James to honor Class of 2020 with all-star event

NEW YORK (AP) — LeBron James is putting together an all-star event to honor and celebrate the high school class of 2020, which has had its graduation season upended by the coronavirus...

California crab fishery to close in May to protect whales

CRESCENT CITY, Calif. (AP) — Commercial fishermen are protesting an order by California wildlife authorities to close the Dungeness crab fishery in mid-May to protect whales and sea turtles from...

The award-winning actor and musician is being honored by Harvard University's famed Hasty Pudding Theatricals as its...

For Ben Platt, a perfect pitch leads to ‘The Politician’

SANTA BARBARA, Calif. (AP) — To hear Ben Platt describe it, producer Ryan Murphy's pitch for him to star in the new Netflix series "The Politician" had all the planning, precision and vision of a...

NEW YORK (AP) — Queen and Adam Lambert, Pharrell Williams and Alicia Keys are some of the headliners at the 2019 Global Citizen Festival.

NEW YORK (AP) — Much of Ben Platt's debut album "Sing to Me Instead" is inspired by past loves, but he laughs at the notion that he could be pulling a Taylor Swift.

Ben Platt moves away from ‘Evan Hansen’ with 1st album 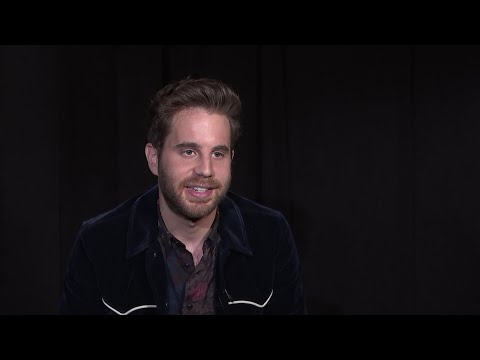 NEW YORK (AP) — Broadway fans are buzzing over the release of a new song by two popular Tony winners in support of the upcoming March for Our Lives.

"Hamilton" creator Lin-Manuel Miranda and Ben Platt, the original star of "Dear Evan Hansen," have recorded a duet called "Found/Tonight,' mixing lyrics from "You Will Be Found" from "Dear Evan Hansen" and "The Story of Tonight" from "Hamilton."

The song was released at midnight on Monday and is No. 1 on the iTunes singles chart.

U2, Elton John, Kendrick Lamar to perform at Grammys

NEW YORK (AP) — U2 and Elton John are headed to the Grammys to help the organization celebrate its 60th awards show.

The Recording Academy announced Wednesday that U2 and John, who will sing one of his classics with Miley Cyrus, will perform at the Jan. 28 show at Madison Square Garden in New York City.

The Recording Academy announced Thursday the first round of performers for the Jan. 28 awards show, held live from Madison Square Garden.

NEW YORK (AP) — An intimate, heart-wrenching musical about loneliness, teen angst and suicide in the age of hyperconnectivity capped its unlikely journey to Broadway smash by winning top honors at the Tonys.

NEW YORK (AP) — The Latest on the Tony Awards (all times local):

Best Performance by an Actor in a Leading Role in a Play: Kevin Kline, "Present Laughter."

Best Performance by an Actress in a Leading Role in a Play: Laurie Metcalf, "A Doll's House, Part 2."

Spacey, who won Oscars for the movies "The Usual Suspects" and "American Beauty" and a Tony Award in 1991 in Neil Simon's "Lost in Yonkers," is making his debut as host of the telecast on June 11.