Cohen seeks to dismantle Trump legacy, one podcast at a time

NEW YORK (AP) — The rehabilitation of Michael Cohen has reached a surreal new stage: Quizzing the actor Ben Stiller about his approach to impersonating him on “Saturday Night Live.”

LOS ANGELES (AP) — The video couldn’t have been simpler: A woman in her apartment, lip-syncing audio of President Donald Trump as he expounded on possible coronavirus treatments.

NEW YORK (AP) — Jerry Stiller, who for decades teamed with wife Anne Meara in a beloved comedy duo and then reached new heights in his senior years as the high-strung Frank Costanza on the classic...

Comedian and actor Jerry Stiller is dead at age 92, his son Ben Stiller announced in a tweet early Monday.

Bennett and Belafonte among those honored at Apollo gala

NEW YORK (AP) — Tony Bennett had few words to say, but many more to sing.

Bennett was among the honorees Thursday night at "A Great Night in Harlem," the annual fundraiser for the Jazz... 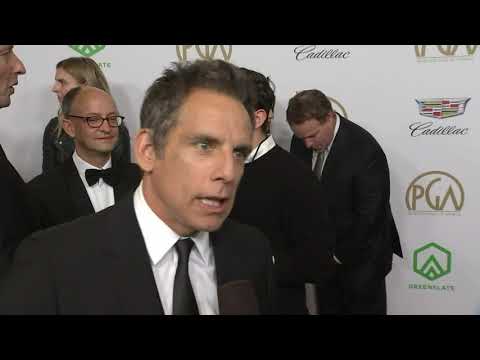 ALBANY, N.Y. (AP) — In New York state government news, the gender mix of Albany's often-criticized "three men in a room" method for reaching spending and legislative agreements has been shaken up.

NY’s Cuomo signs off on early voting, other election changes

ALBANY, N.Y. (AP) — Gov. Andrew Cuomo signed off on changes to New York's election laws Thursday that are designed to make it easier to vote, including allowing people to cast ballots before Election Day and preregistering student drivers so they'll be automatically eligible to vote when they turn 18.

‘RBG,’ ‘Won’t You Be My Neighbor?’ get directors guild noms

The DGA announced its five documentary selections Monday including "RBG," ''Won't You Be My Neighbor?" as well as the climbing documentary "Free Solo," ''Three Identical Strangers," about triplets who meet as adults, and "Hale County This Morning, This Evening." 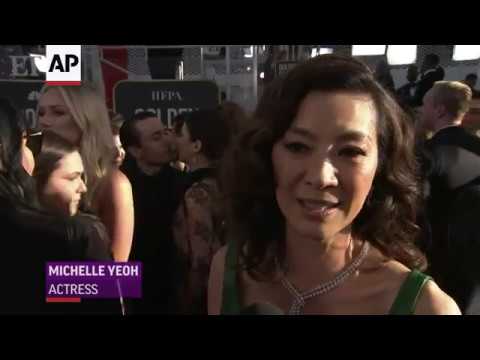 Sandra Oh and Andy Samberg will host the 76th annual Golden Globe Awards that will air on NBC.

Stiller hosted a local premiere in Plattsburgh earlier this week. He thanked North Country residents for their patience during the filming of "Escape at Dannemora," which was filmed on location.

NEW YORK (AP) — Dodgeball is not just a Ben Stiller movie or anxiety-inducing gym class activity. It's a professional sport.

The World Dodgeball Association , founded in 2013, is holding its second World Cup — this weekend in New York. Thirteen countries, including the U.S., will be represented at Madison Square Garden on Saturday for the biennial tournament.

NEW YORK (AP) — Sometimes, in the middle of the night, nocturnal creatures are allowed to roam the halls of New York's American Museum of Natural History, free from shouting and swarming children. They are adult humans, known to sometimes quietly contemplate science with a cocktail.

Oscar nominee Baumbach to be honored at Nantucket festival

NANTUCKET, Mass. (AP) — Oscar-nominated writer and director Noah Baumbach is being honored at the Nantucket Film Festival in June.

Organizers said Tuesday that actor Ben Stiller will present "The Squid and the Whale" creator with the festival's annual Screenwriters Tribute Award.

Paul Haggis resigns as chair of Haiti charity he founded

LOS ANGELES (AP) — "Crash" writer and director Paul Haggis has resigned as chair of the board of the charity he founded, Artists for Peace and Justice.

The organization says Wednesday that Haggis' resignation was accepted on Jan 4, one day before The Associated Press published accounts from three women alleging sexual misconduct by the Oscar-winning filmmaker.

NEW YORK (AP) — Your first response to "The Meyerowitz Stories (New and Selected)" may very well be: Adam Sandler is good — REALLY good — in his sensitive, nuanced portrayal as Danny, the outsider son in the Meyerowitz brood.

Hoffman: ‘getting older broadens your perspective’

TORONTO (AP) — Ben Stiller thought the best way to prepare for his role as a dad taking his son on a college tour in the film "Brad's Status" was to take the actor playing his son on an actual road trip.

So Stiller and Austin Abrams got in a car and took a drive from Montreal to New York, making stops along the way. "I feel like it really it helped because we're supposed to be like father and son," Abrams said.

NEW YORK (AP) — Lin-Manuel Miranda has Hollywood singing lyrics from his hit musical, "Hamilton," in order to raise money for a coalition of nonprofits focused on immigration.

LOS ANGELES (AP) — Ben Stiller and his wife announced Friday that they are separating after 17 years of marriage.

Stiller and actress Christine Taylor released a joint statement Friday announcing their breakup. They were married in May 2000 and have two children, who they said will remain their priority.

Dustin Hoffman: ‘I try to improve each day, but you don’t’

He will turn 80 this summer and his hair, still full, is mostly white. But he looks remarkably good. Age has done little to dim his eagerness for engagement, his mischievous wit or, it turns out, his proclivity for continual self-examination.

CANNES, France (AP) — It's not every day you hear the name "Happy Gilmore" referenced at the Cannes Film Festival.

But that was the case Sunday when Noah Baumbach's "The Meyerowitz Stories (New and Selected)," starring Adam Sandler, Ben Stiller and Dustin Hoffman, premiered at the French Riviera festival.

PARIS (AP) — A Civil War film by Sofia Coppola, a Ukrainian road movie and a drama about AIDS activism are among the 18 films competing for top prizes this year at the Cannes Film Festival , an international cinema extravaganza that organizers hope can help counter rising nationalist sentiment around the world.

Colin Farrell is slated to star as Oliver North in a limited series from Amazon.

Yorgos Lanthimos, who directed Farrell in the film "Lobster," will direct the untitled, one-hour series that will cover the Iran-Contra scandal. Ben Stiller is among the executive producers.

NEW YORK (AP) — There are some wonderful idealistic films about American politics, warm with optimism and belief in Washington's system.

None of them resemble this election season.

Yet for a presidential campaign that has felt more like "Mad Max: Fury Road" than "Mr. Smith Goes to Washington," there are still plenty of films that suit the moment and may just offer a desperately needed break from television news in the final days before Tuesday.

NEW YORK (AP) — Ben Stiller on Tuesday revealed that he battled prostate cancer in 2014, and he credits the test that diagnosed the cancer with saving his life.

In an essay posted on the website Medium , Stiller recounted his experience with prostate cancer in detail. He compared the moment of being informed by his urologist that he had cancer to his own "Breaking Bad" scene.

Stiller and Wek visited the U.N. General Assembly on Friday to present Secretary-General Ban Ki-moon with a petition bearing over 1.3 million signatures, calling on governments to act with solidarity and shared responsibility for the world's 21.3 million refugees.

"I'm honored to be here today to share the petition that people all over the world have signed showing support for refugees," Stiller said.