This year, Harvest Crusade takes shape as a cinematic event

LOS ANGELES (RNS) — Every year in August, tens of thousands of people fill the seats of Angel Stadium in Anaheim, not for baseball, but for the weekend-long Harvest Crusade.

Panel approves model of Billy Graham statue for US Capitol

RALEIGH, N.C. (AP) — A North Carolina legislative committee has approved a model of a statue honoring the late Rev. Billy Graham to replace one of a former governor and white supremacist who...

The Latest: Trump to establish ‘National Garden’ of heroes

Evangelist who built global ministry dies in Atlanta at 74

ATLANTA (AP) — Evangelist Ravi Zacharias, who built an international ministry that strives to defend Christianity on intellectual grounds, has died in Georgia. He was 74.

‘We’ve got to move on’: Q&A with Rev. Franklin Graham

NEW YORK (AP) — The Associated Press sat down to talk with Rev. Franklin Graham, president and CEO of the Billy Graham Evangelistic Association, during his recent visit to New York, where his...

NEW YORK (AP) — President Donald Trump held a call with faith leaders on Friday that included discussion about a phased-in return to broader in-person worship after weeks of religious services...

25 years ago, a prayer service gave hope to a shaken America

OKLAHOMA CITY (AP) — Search-and-rescue workers came straight from the blast site, hard hats atop their heads and mud and grime on their boots.

25 years ago, a prayer service gave hope to a shaken America

OKLAHOMA CITY (AP) — Search-and-rescue workers came straight from the blast site, hard hats atop their heads and mud and grime on their boots.

White evangelical Protestants stand noticeably apart from other religious people on abortion restrictions and LGBT discrimination protections, two of the most politically divisive issues at play...

Trump blasts Christian magazine that called for his removal

WASHINGTON (AP) — President Donald Trump blasted a prominent Christian magazine on Friday, a day after it published an editorial arguing that he should be removed from office because of his...

2nd candidate: No solo meeting with any woman not his wife

JACKSON, Miss. (AP) — A second Republican man running for Mississippi governor said he won't meet alone with a woman who isn't his wife, even in a professional setting.

JACKSON, Miss. (AP) — A Republican candidate for Mississippi governor says he would not let a woman journalist follow him while campaigning unless she was accompanied by a male colleague — and now...

ANCHORAGE, Alaska (AP) — An Anchorage minister whose influence extended beyond the pulpit into Alaska politics has stepped down.

The Rev. Jerry Prevo gave a farewell sermon Sunday at...

JACKSON, Miss. (AP) — A global Baptist figure and the mayor of Jackson are saluting graduates of Belhaven University.

JACKSON, Miss. (AP) — Organizers hope to attract tens of thousands of people to a Christian revival in Jackson.

CHARLOTTE, N.C. (AP) — The late evangelist Billy Graham's archives are being transferred from Illinois to the Billy Graham Library in Charlotte.

Papers of Billy Graham to be transferred to library

CHARLOTTE, N.C. (AP) — Papers of the late Rev. Billy Graham and historic records of the Billy Graham Evangelistic Association are being transferred to the library bearing his name.

CHARLOTTE, N.C. (AP) — The Billy Graham Library in North Carolina says it has seen a surge in visitors in the year since its namesake's death.

ASHEVILLE, N.C. (AP) — Facebook has apologized for temporarily banning North Carolina evangelist Franklin Graham from its platform over a 2016 post about the state's "bathroom bill."

Today in History for November 7th 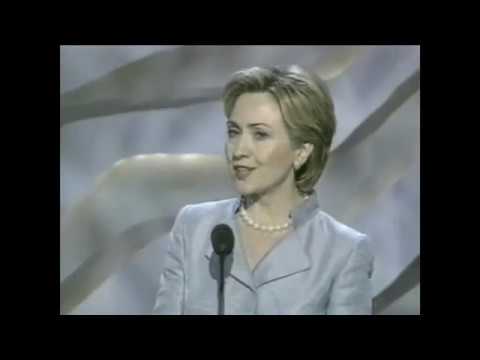 DOWNERS GROVE, Ill. (AP) — On primary Election Day in 2006, Margaret Prowell went to the polling place down the road from her new suburban Chicago home and asked for a Democratic ballot. The election judges were taken aback.

This was Illinois' 6th Congressional District, a place represented for three decades by Rep. Henry Hyde, one of Congress' Republican lions, and home to Wheaton College, the Rev. Billy Graham's alma mater. No one had bothered to take the Democratic ballots out of the box.

CHARLOTTE, N.C. (AP) — Evangelist Will Graham says his movie acting career began and will end with him playing his famous grandfather, Billy Graham, in "Unbroken: Path to Redemption," which starts in theaters Friday.

He's ready with a joke when asked if he caught the acting bug on the set of the Christian film: "No, I'm retired."

But the 43-year-old Will Graham told the Observer this week that there is a real-life role he'd relish someday: Running the Billy Graham Evangelistic Association.

Lotz said in a post on her website this week that she was diagnosed with breast cancer in August. She said she is having surgery Sept. 18.

CHARLOTTE, N.C. (AP) — For $15.99, followers of Billy Graham's son Franklin can get a T-shirt urging people to pray for the 45th president.

The Rev. Franklin Graham says on Facebook he was inspired to sell the "PRAY FOR 45" shirts after seeing news coverage of shirts with the slogan "IMPEACH 45." Echoing Trump's signature campaign motto, Graham writes: "Prayer can make America great!"

AKRON, Ohio (AP) — Billy Graham saved souls there. Karl Wallenda once walked on a tightrope above the gridiron. The Rolling Stones performed there in 1972, getting fans so worked up that a couple dozen got arrested. And there was football. Lots of football.

In the end, the Akron Rubber Bowl's splendid past couldn't save it from the wrecking ball. Allowed in recent decades to crumble into a public health hazard, the landmark 78-year-old stadium will start to come down next week.

RALEIGH, N.C. (AP) — Before the 2016 elections, Billy Graham's son went to the evangelist's mountain home, seeking advice before a 50-state tour to pray with Christian voters.

In his new book, "Through My Father's Eyes," Franklin Graham recounts that his father had concerns.

Billy Graham had become known as "America's Pastor" by advising presidents of both parties, from Dwight Eisenhower to George W. Bush. Would his son, coming into his own as a more partisan evangelical, be taking sides?

OKLAHOMA CITY (AP) — A memorial service for the 23rd anniversary of the Oklahoma City bombing paid special tribute to the late Rev. Billy Graham, who visited the city four days after the attack to hold a public prayer service.

Graham traveled to Oklahoma City the Sunday after the April 19, 1995, explosion at the Alfred P. Murrah federal building that killed 168 people and injured hundreds more.

WASHINGTON (AP) — President Donald Trump has threatened to veto an entire government-wide spending measure if it includes money for a rail tunnel under the Hudson River between New York and New Jersey, a priority for his most powerful Democratic rival, New York Sen. Chuck Schumer.

CHARLOTTE, N.C. (AP) — The Billy Graham Library is reopening four days after services for the evangelist.

The library in Charlotte reopens to the public Wednesday.

The Rev. Billy Graham died Feb. 21 at age 99 at his home in Montreat. His funeral and burial occurred on the library grounds Friday.

Could there be another Billy Graham?

Billy Graham remembered for humility at home and on crusades

CHARLOTTE, N.C. (AP) — The Rev. Billy Graham's children remembered "America's Pastor" as a man devoted to spreading the Gospel, living his life at home as he preached it in stadiums, with a personable humility and an unwavering focus on the Bible. As his oldest son told the funeral congregation, "There weren't two Billy Grahams."

CHARLOTTE, N.C. (AP) — The Latest on the funeral of the Rev. Billy Graham (all times local):

Following a funeral service before 2,000 people, the Rev. Billy Graham's family has placed flowers on his casket at a private interment ceremony.

The private ceremony on Friday afternoon took place at his gravesite in a prayer garden at the Billy Graham Library. Family members placed white roses on the casket when the interment ceremony concluded.

CHARLOTTE, N.C. (AP) — The Rev. Billy Graham's children remembered "America's Pastor" on Friday as a man devoted to spreading the Gospel, living his life at home as he preached it in stadiums, with a personable humility and an unwavering focus on the Bible. As his oldest son told the funeral congregation, "There weren't two Billy Grahams."

WHEATON, Ill. (AP) — Mourners gathered at Wheaton College chapel to honor the Rev. Billy Graham, who graduated from the suburban Chicago school in 1943.

Several hundred people attended the Friday morning memorial service, held the same day as the Christian evangelist's funeral in North Carolina. Graham died last week at age 99. He was the world's best-known Protestant preacher of his era. Those in attendance in Wheaton watched a livestream of Graham's funeral.

WASHINGTON (AP) — The preacher and the president, seated side-by-side in the lit-for-television Capitol Rotunda, leaned a few inches closer. The Rev. Franklin Graham whispered something to President Donald Trump, who listened as he kept his eyes on the pine casket at the center of the room.

WASHINGTON (AP) — The preacher and the president, seated side-by-side in the lit-for-television Capitol Rotunda, leaned a few inches closer. The Rev. Franklin Graham whispered something to President Donald Trump, who listened as he kept his eyes on the pine casket at the center of the room.

CHARLOTTE, N.C. (AP) — Mourners are gathering to pay their respects to the Rev. Billy Graham at a funeral that marks the culmination of more than a week of tributes to "America's Pastor."

CHARLOTTE, N.C. (AP) — As his public appearances dwindled in recent years, the Rev. Billy Graham began choosing songs, scripture and speakers for one last public opportunity to spread the Gospel — his own funeral.

WASHINGTON (AP) — The president gently touched the bare wood of Billy Graham's casket. The speaker of the House bowed his head. And hundreds of other lawmakers, family and friends stood in a rare salute Wednesday to the man they called, "America's pastor."