LOS ANGELES (AP) — Actress Billie Lourd has announced the birth of her son.

Lourd announced on her social media Friday that she and her fiance, Austen Rydell, welcomed their newborn son into...

Review: Carrie Fisher bio as sharp, endearing as its subject

“Star Wars” fans may feel a lump in their throats when Carrie Fisher appears in the...

A CGI James Dean is cast in new film, sparking an outcry

NEW YORK (AP) — James Dean hasn't been alive in 64 years, but the "Rebel Without a Cause" actor has been cast in a new film about the Vietnam War.

NEW YORK (AP) — The final trailer for the "Star Wars: The Rise of Skywalker" debuted Monday night, offering montages of epic cosmic combat and a fleeting glimpse of the late Carrie Fisher as...

LAS VEGAS (AP) — Officials in Las Vegas might rename a short street called Debbie Reynolds Drive at the request of a developer planning a new hotel.

LOS ANGELES (AP) — Nipsey Hussle's family and friends gathered Friday for a private funeral on a day when the slain rapper was also honored by his hometown of Los Angeles.

Rapper Nipsey Hussle has been buried at a Los Angeles cemetery that is the final resting place...

The Latest: New ‘Star Wars’ called ‘The Rise of Skywalker’

CHICAGO (AP) — The Latest on the unveiling of details about the final installment of the third "Star Wars" trilogy at the Star Wars Celebration being held this weekend in Chicago (all times...

LOS ANGELES (AP) — Rob Reiner and Nora Ephron's classic relationship comedy "When Harry Met Sally..." is turning 30 this summer, and what better way to celebrate than with a splashy screening to...

The unsparing documentary about Michael Jackson and his alleged sexual abuse is already the third most-watched documentary...

LOS ANGELES (AP) — A Hollywood writer and director has announced the death of his wife and longtime collaborator, Gloria Katz, who co-wrote "American Graffiti" and helped give Princess Leia her power in "Star Wars." She was 76.

Today in History for October 21st 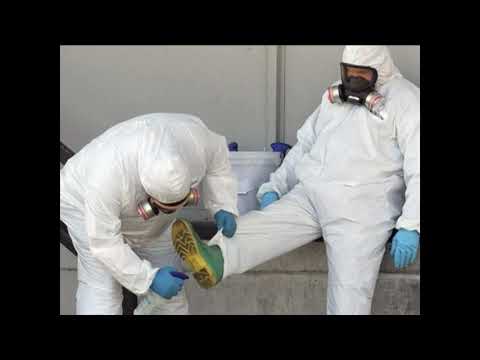 Next ‘Star Wars’ film to use unreleased Fisher footage

LOS ANGELES (AP) — Carrie Fisher is not done with "Star Wars" after all — Lucasfilm says unreleased footage of the actress will be used in the next installment of the "Star Wars" saga to draw her character's story to an end.

The studio and writer-director J.J. Abrams announced Friday that footage of Fisher shot for 2015's "Star Wars: The Force Awakens" will be used in the ninth film in the space opera's core trilogies about the Skywalker family that includes Fisher's character, Leia.

‘The Last Jedi’ - a ‘tribute’ to Fisher’s career

LOS ANGELES (AP) — "Star Wars: The Last Jedi" is off to a death star-sized start at the box office. Disney says Friday that the eighth installment in the space franchise has earned an estimated $45 million from Thursday night showings.

It's the second-highest Thursday night preview tally following the $57 million start for "Star Wars: The Force Awakens," which kicked off this modern trilogy in 2015.

Today in History for October 21st

Electroconvulsive therapy: A history of controversy, but also of help