Manson prosecutor: Keep them all locked up forever

AP Was There: Gruesome cult killings found at actress’s home 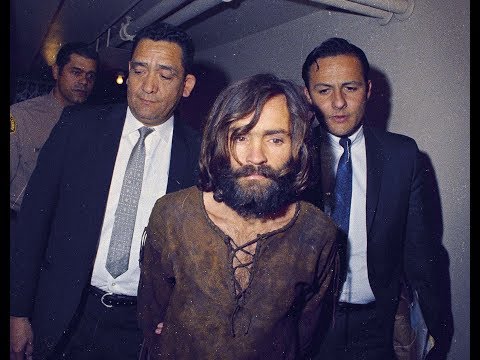 No one was closer to the Charles Manson trial than AP’s Linda Deutsch. Fifty years after the Tate-LaBianca murders, Deutsch revisits her notes, recalling a slice of American history known for its ghastly violence.

LOS ANGELES (AP) — It was 50 years ago this week that Charles Manson dispatched a group of disaffected young followers on a two-night killing rampage that terrorized Los Angeles.

AP Was There: Charles Manson, followers convicted of murder

LOS ANGELES (AP) — Following a seven-month trial, Charles Manson and three of his followers were convicted of murder and conspiracy in the August 1969 killings of actress Sharon Tate and six...

House where Manson followers murdered 2 is on the market

LOS ANGELES (AP) — One of the Los Angeles houses where followers of Charles Manson committed notorious murders in 1969 is for sale.

The home in the hilly Los Feliz district is where Leno and...

Tarantino has deal for 2 books on films, including 1 his own

NEW YORK (AP) — Quentin Tarantino's next work of imagination will be in book form.

The Oscar-winning director has a two-book deal with Harper, beginning with a novelization of “Once Upon a... 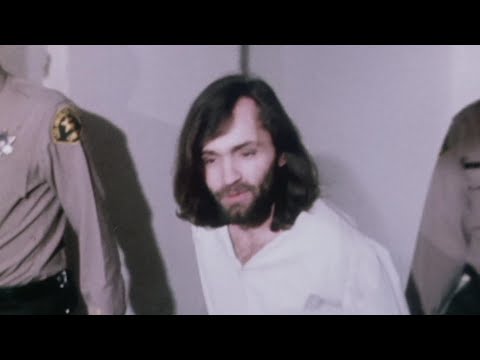 SACRAMENTO, Calif. (AP) — A third consecutive California governor is blocking parole for a former follower of late cult leader Charles Manson who has been in prison for decades for two of the...

By The Associated PressSeptember 5, 2019 GMT 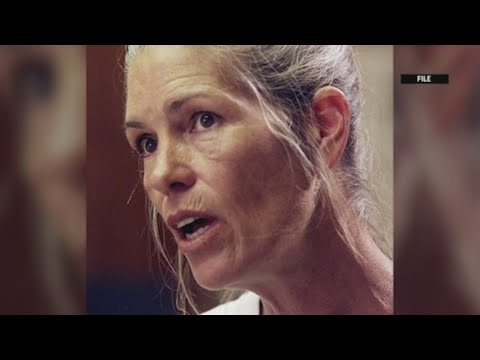 Manson follower gets another chance at parole

Woodstock, Manson and the march to Utopia

Producer to be in Vermont for ‘Charlie Says’ debut

MANCHESTER, Vt. (AP) — Vermonter Jeremy Rosen is going to be in his home state for the debut of his movie "Charlie Says."

LOS ANGELES (AP) — A yearslong saga over whether Charles Manson follower Leslie Van Houten deserves to be freed from prison took another sharp turn Wednesday as an appeals court questioned its...

The Latest: Court wonders if it can rule on Manson cult case

LOS ANGELES (AP) — The Latest on whether Charles Manson follower Leslie Van Houten should get parole (all times local):

A California appeals court is questioning whether it has...

After a hearing at the women's prison in Corona, California, commissioners of the Board of Parole Hearings found for the third time that the 69-year-old Van Houten was suitable for release.

State Department of Corrections and Rehabilitation spokesman Luis Patino says the panel on Wednesday found that the 69-year-old prisoner is suitable for parole.

SACRAMENTO, Calif. (AP) — A California parole panel on Thursday recommended for the first time that Charles Manson follower Robert Beausoleil be freed after serving nearly a half-century in prison for murder.

Beausoleil, 71, was not involved in the most notorious killings of actress Sharon Tate and six others by the Manson "family" in 1969. He was convicted in the slaying of musician Gary Hinman that same year.

RICHMOND, Va. (AP) — A former Army surgeon convicted of slaughtering his pregnant wife and two young daughters at Fort Bragg nearly half a century ago will not get a new trial, a federal appeals court ruled Friday in handing him his latest legal defeat.

Jeffrey MacDonald, now 75, has adamantly maintained his innocence in the 1970 slayings and insisted that his family was killed by drugged-up hippies, including a woman who chanted "acid is groovy; kill the pigs."

SACRAMENTO, Calif. (AP) — Judges in California and South Carolina have ordered cellphone carriers to disable nearly 200 contraband cellphones used by inmates to orchestrate crimes behind and outside prison walls, the most sweeping order of its kind ever won by corrections officials.

2 purported sons of Charles Manson out of battle over estate

LOS ANGELES (AP) — Two men who claimed the most direct line of descent to murder mastermind Charles Manson were eliminated Friday from the bitter battle over his estate.

Swinging ’60s styles up for auction from Sharon Tate estate

LOS ANGELES (AP) — Mini-dresses and a wedding dress are among the items from estate of actress Sharon Tate are going up for auction.

Tate starred in the 1967 film "Valley of the Dolls" and was the toast of the swinging '60s social scene. She was murdered in Los Angeles by the notorious Charles Manson cult in 1969.

Los Angeles-based Julien's Auctions said Wednesday the sale is set to begin Nov. 17. The auction house would not reveal the name of the seller, and it's not clear who now owns the items.

Charles Manson’s purported sons could be out of estate fight

LOS ANGELES (AP) — One of the purported sons of Charles Manson could soon be out of the legal battle over the late cult leader's estate after failing to show up in court.

BRADENTON, Fla. (AP) — The private funeral was open casket, and Jason Freeman wanted to place the ring on his grandfather's finger but the body was so badly decomposed he was wearing gloves.

Freeman set the ring on Charles Manson's chest and walked away instead.

LOS ANGELES (AP) — Charles Manson was cremated and his ashes scattered following a brief, private funeral four months after the death of the man who gained worldwide infamy for the 1969 Los Angeles killings of actress Sharon Tate and others that he hoped would spark a race war.

The memorial occurred Saturday at a funeral home in the California city of Porterville, according to Mark Pitcher, pastor of the Church of the Nazarene.

Bizarre battle over body of Charles Manson won by grandson

Kern County Superior Court Commissioner Alisa Knight ruled that Jason Freeman can retrieve Manson's remains, which have been on ice in the Bakersfield morgue since he died in November.

Charles Manson corpse not expected to be on ice much longer

LOS ANGELES (AP) — The body of murder mastermind Charles Manson may soon be put to rest after a Kern County Superior Court commissioner said Wednesday that she would rule soon in the dispute over who can collect his remains.

The tussle has been evolving since the 83-year-old who orchestrated the 1969 killings of pregnant actress Sharon Tate and eight others died Nov. 19 in a Bakersfield hospital.

LOS ANGELES (AP) — Brad Pitt and Leonardo DiCaprio are set to star in Quentin Tarantino's "Once Upon a Time in Hollywood."

Sony Pictures says Wednesday that the film has been dated for a theatrical release on Aug. 9, 2019.

LOS ANGELES (AP) — The fight for the corpse of Charles Manson was thrown out of a Los Angeles court Friday, as another potential heir stepped into the case and the grandson of the cult leader made an emotional plea to a judge.

The Latest: Judge moves fight over Manson’s body out of LA

LOS ANGELES (AP) — The Latest on a battle over Charles Manson's remains (all times local):

A judge has tossed the fight over the body of Charles Manson out of Los Angeles County.

Judge David Cowan said Friday the case belongs either in Kings County, where the cult leader was imprisoned or Kern County, where he died in a hospital in November.

Cowan says California law requires that the dispute belongs in the place where he had been living at the time of his death or where he died.

LOS ANGELES (AP) — The governor of California once again denied parole Friday for Leslie Van Houten, the youngest follower of murderous cult leader Charles Manson who blamed herself at her parole hearing for letting him control her life.

Gov. Jerry Brown said in his decision that Van Houten still lays too much of the blame on Manson, who died two months ago at 83.

Fight over Charles Manson’s estate, remains in need of venue

LOS ANGELES (AP) — The battle brewing over the estate of Charles Manson entered court Monday, though it remains unclear where it will ultimately be fought or whether others will join a pen pal and purported grandson laying claim to the cult leader's possessions and body.

SACRAMENTO, Calif. (AP) — The fight over the body and possessions of apocalyptic cult leader Charles Manson has fragmented into at least three camps competing over an estate that could cash in on songs he wrote that were used by The Beach Boys and Guns N' Roses.

Manson, 83, died in November nearly a half-century after he orchestrated the 1969 killings of pregnant actress Sharon Tate and eight other people.

Final goodbye: Roll call of some who died in 2017

They made music that inspired legions of fans.

SACRAMENTO, Calif. (AP) — Cult leader Charles Manson died of cardiac arrest accompanied by respiratory failure, triggered by colon cancer that had spread to other areas of his body, according to his death certificate.

He died Nov. 19 at Bakersfield's Mercy Hospital, near where the 83-year-old had been serving a life sentence for orchestrating the 1969 killings of pregnant actress Sharon Tate and eight other people.

SACRAMENTO, Calif. (AP) — The body of murder mastermind Charles Manson was barely cold when competing bids began for his remains and belongings among relatives and longtime associates.

Their plans have not been divulged, but some fear they might create a shrine for those who are still fascinated by the man behind the bizarre celebrity slayings that terrorized Los Angeles nearly a half-century ago.

Charles Manson and the perversion of the American dream

(THE CONVERSATION) When Charles Manson died in November 2017, his name carried weight even among those who weren’t alive when he committed his crimes.

SAN FRANCISCO (AP) — Jurors have ended their fifth day of deliberations Wednesday without reaching a verdict in the murder trial that sparked a national debate over immigration policy.

Legal experts said that deliberations are taking longer than usual for a typical murder trial. They note that the case is complicated by the defendant's claim that the gun that killed Kate Steinle fired accidentally.

Who will bury Charles Manson?

AP Was There: Charles Manson, followers guilty of slayings

LOS ANGELES (AP) — EDITOR'S NOTE — On Jan. 26, 1971, Charles Manson and three members of his California cult were convicted for the murders of seven people, including pregnant actress Sharon Tate.

The Associated Press is republishing a version of its original report about the conviction by Linda Deutsch, who covered the trial that lasted from late 1969 into 1971.