LOS ANGELES (AP) — Chris Evans became the most politically prickly “Avenger” a few years back with withering tweets about President Donald Trump and his Republican supporters.

Some of today's top action directors were first doubles for Brad Pitt, Neo and Wolverine.

Increasingly, filmmakers are coming from the ranks of stuntmen and stunt coordinators, whose years...

The best and worst of Super Bowl ads

NEW YORK (AP) — During advertising's biggest night, Super Bowl Sunday, marketers battled it out to bolster their brands and promote new products. Advertisers paid up to $5.6 million for 30...

CONCORD, Mass. (AP) — "Captain America" actor Chris Evans returned to his native Massachusetts this weekend to help dedicate the new home of a youth theater company where as a youngster he honed...

Patterson starting, but more than 1 Michigan QB could play

But backup Dylan McCaffrey also seems to be in coach Jim Harbaugh's plans.

LOS ANGELES (AP) — There were more than a few sniffles from the audience at the premiere of "Avengers: Endgame" Monday night in Los Angeles, which Chris Evans and Chris Hemsworth proudly admitted...

ANN ARBOR, Mich. (AP) — Michigan is without defensive back Lavert Hill and wide receiver Nico Collins at spring practice after both had unspecified procedures.

McDaniels in at Michigan, Pep Hamilton, Chris Evans out

Running back Chris Evans announced Tuesday on Twitter he's going through academic issues, adding he will continue his career with the Wolverines. Evans posted the message shortly after the school announced he was not a member of the football team.

‘Avengers’ director says Evans’ Cap days may not be over 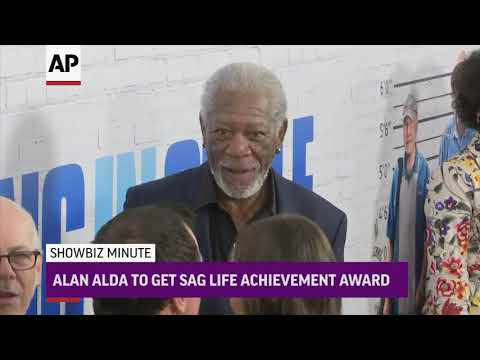 Evans on Thursday tweeted that his last shooting day on "Avengers 4" was an "emotional day." The 37-year-old actor thanked his colleagues and fans for his eight years as Captain American, saying it "has been an honor."

AUSTIN, Texas (AP) — Democrat Beto O'Rourke's campaign says an "impostor" was behind a text message purportedly seeking volunteers to give people in the country illegally rides so they could cast votes during Texas' Senate race.

The messages claimed to be from O'Rourke's campaign and went to voters saying "we are in search of volunteers to help transport undocumented immigrants to polling booths." Pictures of them circulated on social media on Wednesday.

In a statement Thursday, LeBlanc said the program was "great fun," but the time and travel commitment "takes me away from my family and friends more than I'm comfortable with."

LeBlanc's fourth and final season as host is due for broadcast later this year.

Chris Evans ‘opened up’ by play

Chris Evans may not return as Captain America

NEW YORK (AP) — The actor who plays Captain America may be ready to hang up his shield.

Chris Evans tells The New York Times he has no plans to return to the Marvel movie franchise after reshoots of the fourth "Avengers" movie later this year. Evans says "you want to get off the train before they push you off."

The movie has yet to be titled and is expected to be released in 2019.

Michigan’s Chris Evans may have busiest weekends in football

The Michigan running back plays on Saturdays and calls plays on Sundays as a flag football coach.

COLLEGE PARK, Md. (AP) — Jim Harbaugh is usually hypercritical of his team. But, after No. 21 Michigan dominated Maryland in the first half in a 35-10 victory Saturday, the unusually expansive Harbaugh found little to find fault with.

"It might have been our best ballgame in all three phases," Harbaugh said. "You're never as good as you think. I know that there were some mistakes that we made."

Running game giving a boost to No. 21 Michigan

ANN ARBOR, Mich. (AP) — After all the hand wringing this season over Michigan's quarterback play, the passing game became an afterthought last weekend.

With 371 yards rushing against Minnesota, the Wolverines might have won no matter who was taking the snaps, and although that type of performance may be hard to replicate, it did give No. 21 Michigan a blueprint for how the team might be able to finish strong against a tough November schedule.

ANN ARBOR, Mich. (AP) — Michigan took the ball out of Brandon Peters' hands, and the plan worked out perfectly.

"We've just really been focusing on the run game," offensive tackle Mason Cole said. "We knew we had the backs to do it."

O'Korn led the offense on two time-consuming drives in the second half, Chris Evans ran for two touchdowns and the Wolverines scored the final 21 points in a 28-10 win at Purdue on Saturday.

No. 8 Michigan looks to keep momentum against Cincinnati

By The Associated PressSeptember 7, 2017 GMT

The Wolverines have a chance to build off a season-opening 33-17 win over Florida. The Bearcats can give the Luke Fickell era a big boost with a stunning upset, or they can simply gain respect by being competitive.

LONDON (AP) — The publicly funded BBC was forced to publish the names and salaries of its highest-earning actors and presenters Wednesday, unleashing a national debate about fame, gender, race and the use of taxpayers' money.

The Academy of Motion Picture Arts and Sciences revealed its latest invitees on Wednesday, which include several artists from the worlds of action and comedy.

"We are looking in areas that historically we hadn't," film academy president Cheryl Boone Isaacs said in an interview. The organization invited 774 new members to join its ranks — the largest class ever.

WASHINGTON (AP) — Twitter users have latched on to former FBI director James Comey's use of "lordy" during his Capitol Hill testimony about his interaction with President Donald Trump.

Comey told senators Thursday morning, "Lordy, I hope there are tapes," in referring to his meetings with Trump.

The term quickly became a trending topic on Twitter.