NEW YORK (AP) — Rapper and activist Common went into quarantine concerned about incarcerated people he has met during visits to jails, prisons and juvenile detention centers around the U.S. and...

CHICAGO (AP) — Rapper and actor Common had 10 points and four steals to earn Most Valuable Player honors in the All-Star Celebrity Game as Team Wilbon beat Team Stephen A, 62-47 on Friday...

By The Associated PressJanuary 9, 2020 GMT

CHICAGO (AP) — All-Star weekend will be a homecoming for Common and Chance The Rapper.

The NBA said Thursday night that the Grammy winners will be headline performers at the All-Star Game in...

WASHINGTON (AP) — Dave Chappelle has built a career on pushing boundaries and challenging social conventions. But his greatest act of defiance may have come Sunday night at Washington's Kennedy...

MTV, Save the Music launch grant named after J Dilla

NEW YORK (AP) — MTV and the Save the Music nonprofit organization have launched a grant named after the J Dilla, the highly influential rapper-producer who died in 2006.

Essence Festival kicks off ‘party with a purpose’ on July 4

A host of celebrities speak out on criminal justice reform

LOS ANGELES (AP) — Kim Kardashian West isn't the only celebrity speaking out for prison reform. It's a topic that was also very important to slain rapper Nipsey Hussle, and to Common, Kevin Hart... 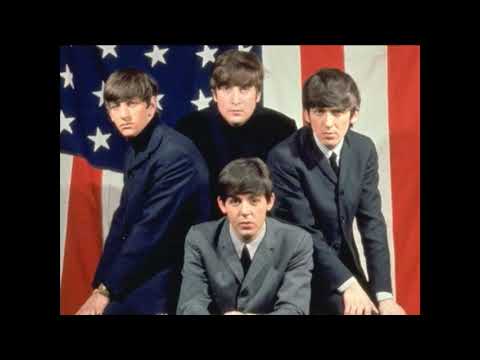 Rapper Common goes back to school to help teachers

NEW YORK (AP) — Rapper Common has won three Grammys, a Golden Globe and an Academy Award but a recent visit to a New York City school was "humbling" — mainly because many of the students were too young to know his music.

The award-winner showed up at P.S. 111 in midtown Manhattan on Thursday as an ambassador for the Adopt-A-Classroom initiative. He made the surprise appearance with his mother, Dr. Mahalia Hines, to present the school with a $10,000 check.

MLK honored as thousands march to ‘keep the dream going’

MEMPHIS, Tenn. (AP) — With thoughts on the past and eyes to the future, thousands marched and sang civil rights songs Wednesday to honor the Rev. Martin Luther King Jr., the "apostle of nonviolence" silenced by an assassin 50 years ago.

Apollo crowd cheers for Coates’ ‘Between the World and Me’

NEW YORK (AP) — The Apollo Theater audience cheered and cheered for Ta-Nehisi Coates, and the readers of "Between the World and Me."

A capacity crowd at the famed New York City venue was on hand Monday night for a stage recital of Coates' prize-winning book, one met throughout with applause and calls of approval.

August Greene is a supergroup in the truest sense of the word.

Oscar-winning rapper-actor Common, Grammy-winning pianist-producer Robert Glasper and masterful drummer-producer Karriem Riggins make up the collective, so it's no surprise that their self-titled debut is an enjoyable listen. (Last year, the trio won an Emmy for writing the song, "Letter to the Free," from the Ava DuVernay documentary, "13th").

LOS ANGELES (AP) — Hollywood seized the microphone at Sunday's Oscars and wasn't shy about its passions, sprinkling political moments throughout a show that included anti-gun and pro-immigration references, as well as mocking the president's Twitter habits.

Rapper Common singled out the National Rifle Association, immigrants, women's rights and the movement to prevent gun violence during a performance of his Oscar-nominated song.

The pair picked up the honor Sunday for "Remember Me" from "Coco," four years after winning the same honor for the massive hit, "Let It Go," from "Frozen."

Robert Lopez dedicated the win to his late mother. His wife said she was happy to see their category include a number of female nominees.

NASHVILLE, Tenn. (AP) — Songwriter Diane Warren is overdue for an Oscar, and she has no reservations about admitting it.

LOS ANGELES (AP) — LeBron James and Kevin Durant swarmed all over Stephen Curry in the final seconds, preventing the NBA's best shooter from finding even a patch of open air to launch a tying 3-pointer.

‘This is Me’ competes with Blige, Stevens, Miguel and Day

NEW YORK (AP) — The daughter of Eric Garner, whose dying words while in New York police custody became a rallying cry for national police reform, was a warrior for justice, called to the spotlight after her father died, the Rev. Al Sharpton said at her memorial.

Mill was sentenced to two to four years in prison last week for violating probation in a nearly decade-old gun and drug case.

PHILADELPHIA (AP) — Rapper Meek Mill was sentenced to two to four years in prison on probation violations Monday by a Philadelphia judge who said the musician had wasted several chances to clean up his act following a 2009 gun and drug case.

The sentence rounded out a roughly decade-long back and forth between the 30-year-old musician and Common Pleas Judge Genece Brinkley that has dogged Mill's career as he had been jailed and called to court multiple times on various infractions.

CHICAGO (AP) — Former first lady Michelle Obama says words matter, particularly in an age where Twitter and other social media can be used like a weapon.

She addressed a summit of young leaders Wednesday hosted by the Obama Foundation. She says people shouldn't "tweet every thought" because "first initial thoughts are not worthy of the light of day."

The comments drew laughter from the crowd as Obama added she wasn't "talking about anybody in particular."

LONDON (AP) — Singer-songwriter Ed Sheeran, poet Kate Tempest and grime artist Stormzy are among a dozen finalists for the prestigious Mercury Prize , recognizing the British or Irish album of the year.

Sheeran's global hit "Divide," Tempest's witty and hard-hitting "Let Them Eat Chaos" and Stormzy's "Gang Signs and Prayers" are among front-runners for the 25,000 pound ($33,000) prize, which includes entries across a wide range of genres.

The rapper-actor partnered with the nonprofit AdoptAClassroom.org and Burlington Stores to give Renaissance School of the Arts in Harlem the funds on Thursday. Students cheered loudly after they learned the musician was at their school.

Hip-hop stars, from Chance to Snoop to Common, get Emmy love

Hip-hop acts are getting real love from the Television Academy this year: Chance the Rapper, Common, Snoop Dogg and LL Cool J are among the musicians nominated for Emmys.

Chance the Rapper, who won three Grammy Awards this year, is nominated for outstanding original music and lyrics for "Last Christmas" from "Saturday Night Live." The rap parody about the last Christmas with Barack Obama as U.S. President plays off of Run-DMC's late '80s anthem, "Christmas in Hollis."

Hip-hop stars, from Chance to Snoop to Common, get Emmy love

NEW YORK (AP) — Hip-hop acts are getting real love from the Television Academy this year: Chance the Rapper, Common, Snoop Dogg and LL Cool J are among the musicians nominated for Emmys.

Black musicians reflecting turmoil of the times in music

NEW YORK (AP) — When he entered the recording studio this spring, Grammy and Oscar-winning rapper Common had plenty to vent about — and it all came out.

NEW YORK (AP) — The Broadway megahit "Hamilton" has already spawned a best-selling cast album, a PBS documentary and a book about its creation. Now it's spinning off a CD by fans who happen to be some of popular music's biggest stars.

EDGARTOWN, Mass. (AP) — President Barack Obama's summer jams range from a little pop to a little hip hop, and much in between.

Classics include the Beach Boys' "Good Vibrations" and Prince's "U Got the Look." When he gets into the mood for more recent releases, he's listening to "Acid Rain" by Chance the Rapper and "Forever Begins" by Common.

In accepting the honor Monday night, Latifah remarked that "racism is still alive and kicking, and we have to change that." Rapper Common used his appearance to praise Diamond Reynolds, the woman who livestreamed the aftermath of her boyfriend's fatal shooting by...