INDIANAPOLIS (AP) — Anxiety, depression and other mental health conditions have become more prevalent among Hoosiers since the onset of the coronavirus pandemic, the state's top health officials...

When children and teens are overwhelmed with anxiety, depression or thoughts of self-harm, they often wait days in emergency rooms because there aren’t enough psychiatric beds.

BEIRUT (AP) — Lebanon’s economy faces an “arduous and prolonged depression,” with real GPD projected to plunge by nearly 20% because its politicians refuse to implement reforms that would speed up...

AUBURN, N.H. (AP) — New Hampshire schoolchildren have elected a new “Kid Governor” whose platform was inspired by depression he experienced during the coronavirus pandemic.

Maradona admitted to a hospital with signs of depression

BUENOS AIRES, Argentina (AP) — Diego Maradona was admitted to a hospital with signs of depression Monday, three days after his 60th birthday.

Mental health therapists’ caseloads are bulging. Waiting lists for appointments are growing. And anxiety and depression are rising among Americans amid the coronavirus crisis, research suggests....

UK rates of depression double among adults during lockdown

LONDON (AP) — Rates of depression appear to have almost doubled in Britain since the country was put into lockdown in late March as a result of the coronavirus pandemic, according to the country's...

Phelps, Ohno open up about suicide, depression in new doc

LOS ANGELES (AP) — Athletes Stephen Scherer, Jeret Peterson and Kelly Catlin have two things in common: They all reached their dream of becoming Olympians, and they all died by...

BOGOTA, Colombia (AP) — Like much of the world, Colombia shut down in March as coronavirus cases surged in Europe and began trickling into the South American country.

Alanis Morissette, “Such Pretty Forks in the Road" (Epiphany Music)

A genre onto herself, Alanis Morissette comes out in force...

The Cleveland Cavaliers forward, who has been outspoken in his own struggles with panic attacks and...

Unemployment hits 14.7%, highest rate since the Depression, as US shed 20 million jobs in April from viral outbreak

WASHINGTON (AP) — Unemployment hits 14.7%, highest rate since the Depression, as US shed 20 million jobs in April from viral outbreak.

Concern for players’ mental health with soccer shut down

Socially isolated, cut off from their teammates. Worried about when they will play again. Concerned about their finances and the future of their sport.

Stresses multiply for many US clergy: ‘We need help too’

NEW YORK (AP) — Greg Laurie is among America’s most successful clergymen -- senior pastor at a California megachurch, prolific author, host of a global radio program. Yet after a youthful...

NEW YORK (AP) — First-time parents in New York City will be entitled to up to six home visits from a health care or social services professional under a program announced Wednesday.

On eve of Hall vote, Faneca focusing on family, not football

It's the aftermath of that block that the six-time All-Pro guard is focusing on this...

Feds sue Arkansas insurer over fired employee who had a baby

LITTLE ROCK, Ark. (AP) — The federal government is suing a Little Rock-based insurance company over the firing of a worker who had just had a baby.

More college students are turning to their schools for help with anxiety, depression and other mental health problems, and many must wait weeks for treatment or find help elsewhere as campus...

More college students are turning to their schools for help with anxiety, depression and other mental health problems, and many must wait weeks for treatment or find help elsewhere as campus...

NEW YORK (AP) — A rash of suicides by police officers has shaken the New York Police Department, leading the commissioner to declare a mental health emergency and highlighting the problem of...

By The Associated PressAugust 6, 2019 GMT

In a story July 29 about Pfizer and Mylan, The Associated Press erroneously described the drug Effexor. It is used to treat depression, not severe heartburn.

LANSING, Mich. (AP) — Michigan prison workers are facing a mental health crisis that includes much higher rates of post-traumatic stress disorder, suicidal thoughts and alcohol abuse than in the...

SKOPJE, North Macedonia (AP) — Koko the chimpanzee, once a star in Skopje's zoo, has returned home after spending 10 years in the Netherlands recovering from depression, the zoo says.

HARRISBURG, Pa. (AP) — At his darkest point, Bryan Fant was addicted to vicodin, benzodiazepine, prozac, Xanax and various other powerful medications. All had been prescribed by the Veterans...

PHILADELPHIA (AP) — Brian Dawkins is tackling mental health issues the same aggressive way he took on anyone who dared cross the middle during his Hall of Fame career as a safety for the...

The Latest: Oakland 2nd US city to legalize magic mushrooms

Oakland has become the second U.S. city to decriminalize magic...

CONCORD, N.H. (AP) — All Beth Starck can remember about the hours before she was diagnosed with bipolar disorder is driving to the Charles River on a cold April day, drinking a pint of vodka and...

Phelps honored for honesty on mental health, helping others

BALTIMORE (AP) — While swimming to Olympic glory, Michael Phelps found comfort in the pool and quite a bit of angst out of it.

His bout with depression reached its nadir in 2014 after a...

Evaluation sought for woman accused of trying to kill baby

ASHEVILLE, N.C. (AP) — An attorney for the North Carolina woman accused of faking her infant daughter's kidnapping and trying to kill the baby wants to have his client evaluated and treated for...

Minnesota senator opens up about her bouts of depression

MINNEAPOLIS (AP) — Sen. Tina Smith of Minnesota is sharing her experiences with depression for the first time as she calls for more federal funding for mental health programs.

CLEVELAND (AP) — A panel of physicians recommended that the State Medical Board of Ohio vote next month to include anxiety and autism spectrum disorder as qualifying conditions for medical...

CASPER, Wyo. (AP) — A Wyoming Department of Health report says women in the state who gave birth in 2017 reported high rates of depression before, during and after pregnancy. 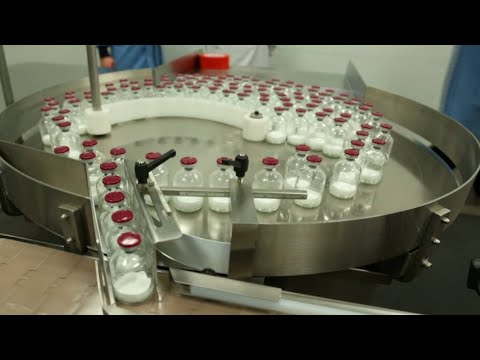 WASHINGTON (AP) — A mind-altering medication related to the club drug Special K won U.S. approval Tuesday for patients with hard-to-treat depression, the first in a series of long-overlooked... 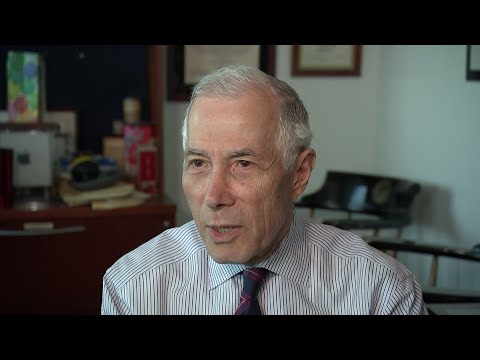 WASHINGTON (AP) — Memory and thinking skills naturally slow with age but now scientists are peeking inside living brains to tell if depression might worsen that decline — and finding some worrisome clues.

Depression has long been linked to certain cognitive problems, and depression late in life even may be a risk factor for the development of Alzheimer's. Yet how depression might harm cognition isn't clear.

WASHINGTON (AP) — Doctors already are supposed to screen new mothers for depression, to find those who need prompt care. Now they're also being urged to identify women at risk — because counseling could prevent depression from setting in.

DALLAS (AP) — In a scenario playing out in more and more classrooms around the world, a Dallas teenager recently asked her classmate if anything was wrong, noting that she hadn't been acting like herself. The brusque reply: "Just leave me alone."

YANKTON, S.D. (AP) — As a University of South Dakota freshman, Erik Muckey was asked to help college students dealing with depression and suicide.

Muckey's involvement started in 2010 at the request of fellow USD freshman Dennis "D.J." Smith, who was affected by the issue.

In a story Jan. 3 about using smartphones to detect depression, The Associated Press misstated the title of Menachem Fromer. He is a mental health researcher at Verily, not the company's mental...

LONDON (AP) — Europe's top human rights court has agreed to hear a case being brought against Belgium by a man whose mother was euthanized in 2012 for depression, the second case that implicates one of Belgium's leading euthanasia doctors.

In a statement Tuesday, lawyers for Tom Mortier said they brought their case to the European Court of Human Rights in Strasbourg after Belgian authorities declined to pursue it. 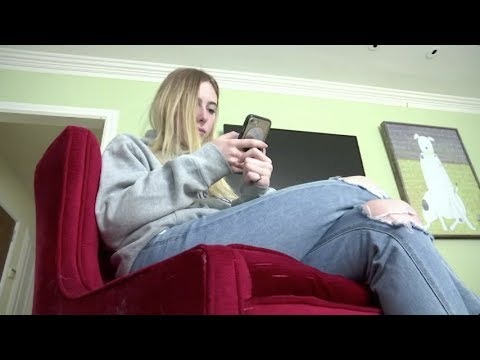