Segal died from the complications of a stroke at a Santa Monica hospital, his...

Billie Holiday has always been a monster of a role. Diana Ross tackled her on film and Audra McDonald did it on stage. Now it's time for Andra Day — a singer and actress perfectly named to play...

Lee Daniels didn’t want to touch the story of Billie Holiday. “Lady Sings the Blues” already existed after all. The 1972 film with Diana Ross and Billy Dee Williams showed him Black romance and a...

By The Associated PressFebruary 9, 2021 GMT

LAS VEGAS (AP) — Mary Wilson, one of the original members of the Supremes, the 1960s group that helped define the Motown sound and style and propelled Diana Ross to superstardom, has died. She was...

DETROIT (AP) — The Motown mogul who launched the careers of numerous stars like Stevie Wonder, Diana Ross and Michael Jackson has announced his retirement.

NEW ORLEANS (AP) — Diana Ross says she feels "violated" by an airport screener who touched her between her legs after she performed at the New Orleans Jazz and Heritage Festival.

NEW ORLEANS (AP) — It's galoshes and mud boots ahead for fans of the New Orleans Jazz and Heritage Festival as the two-week celebration of its 50th anniversary nears an end.

LOS ANGELES (AP) — Motown Records founder Berry Gordy looked out at the audience at a 60th anniversary tribute to his groundbreaking record label and saw his dream of making music for "all people"...

Since Hailee Steinfeld rode into town in "True Grit," we've been fairly blessed by the big-screen breakthroughs of teenage actresses. To name just a few: Anya Taylor-Joy ("The Witch"), Amandla...

Wonder closed out the all-star lineup performing more than a half-dozen songs at the "Motown 60: A Grammy Celebration" at the Microsoft Theater in Los Angeles. The tribute hosted by Smokey Robinson and Cedric the Entertainer will air April 21 on CBS.

The Nielsen company on Monday estimated the Grammy audience size at 19.9 million. The 2018 audience of 19.8 million had been the Grammys' smallest audience in a decade.

NEW ORLEANS (AP) — The legendary Diana Ross has been added to this year's lineup for the 50th anniversary of the New Orleans Jazz and Heritage Festival.

Festival organizers said Friday that Ross, who's celebrating her 75th birthday this year, will make her first-ever appearance at the festival on Saturday, May 4.

LOS ANGELES (AP) — Prosecutors say the former musical director for the United Nations and Arsenio Hall's TV show has been arrested on suspicion of embezzling $750,000 from an overseas charity concert for homeless children.

The U.S. Attorney's office says Monday that Robin DiMaggio could face wire fraud charges. It wasn't known if he has an attorney.

Prosecutors say DiMaggio was wired $750,000 after agreeing to help the Peace for You Peace for Me Foundation to organize a concert in Bulgaria.

NEW YORK (AP) — A massive Norway spruce has been lit up in a tradition that ushers in Christmastime in New York City.

The 72-foot-tall tree is decorated with 5 miles (8 kilometers) of multicolored LED lights and a 900-pound Swarovski crystal star. Rockefeller Center has hosted the ceremony since 1931.

Get in the holiday mood with Diana Ross, John Legend, more

By The Associated PressNovember 20, 2018 GMT

Here's a collection of holiday albums reviewed by The Associated Press.

Are you in the mood for jolly, singalong Christmas music? Diana Ross has you covered.

Looking for something more serene, with religious tones? Diana Ross has you covered.

Or are you looking for inspirational music that doesn't necessarily have anything to do with the holidays? Again, Diana Ross has you covered. 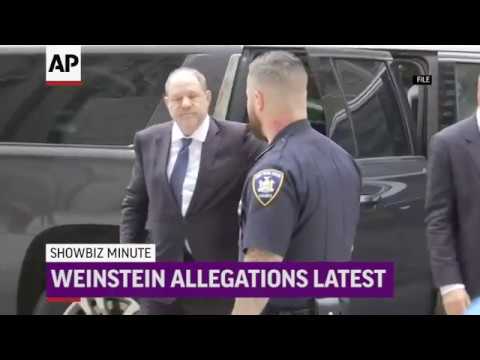 NEW YORK (AP) — Megyn Kelly was absent from her NBC News morning show on Thursday following this week's controversy over her comments about blackface, amid indications that her time at the network could be ending after less than two years.

An NBC spokeswoman said that "given the circumstances," the network was airing repeats of "Megyn Kelly Today" on Thursday and Friday.

NEW YORK (AP) — NBC's Megyn Kelly swiftly apologized Tuesday for a morning show segment that questioned why dressing up in blackface for a Halloween costume is wrong.

Following a social media backlash, Kelly wrote in an email to NBC News colleagues that she realized such behavior is wrong, that the history of blackface in culture is abhorrent.

Opportunities for performers and artists have been both there for the taking and taken away.

Bob Mackie’s designs for Cher, Carol Burnett up for auction

LONDON (AP) — Bob Mackie-designed outfits worn by Cher, Carol Burnett, Diana Ross and other celebrities are going up for auction.

Nine-time Emmy Award winner Mackie designed the wardrobe for "The Carol Burnett Show" and has been creating outrageous outfits for Cher for decades.

The sale includes a marigold jumpsuit worn by Cher on "The Sonny and Cher Comedy Hour" and a scarlet satin gown from the "Cher" show. There are also dresses won by Lauren Bacall, Raquel Welch and other celebrities.

NEW YORK (AP) — Musician, producer and composer Nile Rodgers has a new role as chairman of the Songwriters Hall of Fame.

Board members on Monday unanimously elected the 65-year-old guitarist.

Rodgers will serve a three-year term, succeeding co-chairs Kenneth Gamble and Leon Huff, known as Gamble & Huff. In a statement, Rodgers says he will try to serve "with all my heart."

NEW YORK (AP) — Bob Dylan, Kesha and St. Vincent have reimagined popular love songs to honor the LGBTQ community, and the singers are doing it by switching pronouns.

Today in History for March 26th

BURLINGTON CITY, N.J. (AP) — Miniature versions of the Rev. Martin Luther King Jr., Harriet Tubman, LeBron James and Diana Ross were all together inside the gymnasium at the Samuel Smith School on Thursday.

The second-graders took on the roles of well-known African-Americans as part of the school's living wax museum in honor of Black History Month.

Some of the figures were from the beginning of American history, such as Colonist Crispus Attucks, portrayed by Joseph Vargas, 7.

Bedrock to buy site of former housing project in Detroit

DETROIT (AP) — A real estate firm plans to develop more than 700 rental and for-sale housing units on the 18-acre (7.3-hectare) site of a former housing project north of downtown Detroit.

The city's housing commission says Tuesday that it is selling the land to Bedrock for $23 million. More than 20 percent of the units will be affordable housing.

Women dominate American Music Awards, but not as nominees

This year's American Music Awards was a reflection of the year in pop music, with women dominating the show, but not as nominees or winners.

By The Associated PressNovember 20, 2017 GMT

LOS ANGELES (AP) — The Latest on (all times local):

Bruno Mars wasn't at the American Music Awards on Sunday night, but he was the big winner with seven awards, including entertainer of the year. Mars also won video of the year and favorite male artist, pop/rock, and favorite album, pop/rock.

"I wish I could be partying with y'all," said Mars, who appeared in a video.

NEW YORK (AP) — Tracee Ellis Ross will be close by when her mom, Diana Ross, is honored at Sunday's American Music Awards because she'll be hosting the show.

The "black-ish" actress says she's excited to be named the host but is "especially thrilled" to do it the year that her mother is getting the Lifetime Achievement award.

MIDLAND, Mich. (AP) — A jury has convicted a 52-year-old suburban Detroit man of second-degree murder and felony murder in the 1991 fatal beating of his ex-girlfriend's mother in Midland County.

Diana Ross to perform, be honored at American Music Awards

LOS ANGELES (AP) — Diana Ross will receive a lifetime achievement honor at next month's American Music Awards and will celebrate with a performance on the broadcast next month.

ABC and Dick Clark Productions announced the honor Wednesday. The award was given out for the first time since 2008 last year, when it was presented to Sting. Previous winners include Elvis Presley, Frank Sinatra, Ella Fitzgerald and Michael Jackson.

Organizers on Wednesday said the dates for the 2018 event are July 5-8.

Diana Ross brings her star power to the Essence Festival

NEW ORLEANS (AP) — A little bit of Motown nostalgia will fill the Superdome when "The Boss" herself performs for the first time at the annual Essence Festival in New Orleans.

Diana Ross headlines Friday's opening night of concerts inside the Superdome. The event runs through Sunday.