Delayed Kennedy Center Honors to be rescheduled for mid-May

WASHINGTON (AP) — Five months after they were postponed because of the coronavirus, the annual Kennedy Center Honors are coming back in May, possibly in a series of small events, organizers...

Celebrity birthdays for the week of Dec. 13-19

By The Associated PressDecember 7, 2020 GMT

Celebrity birthdays for the week of Dec. 13-19:

NEW YORK (AP) — Carl Reiner, the ingenious and versatile writer, actor and director who broke through as a “second banana” to Sid Caesar and rose to comedy’s front ranks as creator of “The Dick...

NEW YORK (AP) — Carl Reiner, the ingenious and versatile writer, actor and director who broke through as a “second banana” to Sid Caesar and rose to comedy’s front ranks as creator of “The Dick...

LOS ANGELES (AP) — “I met him in 1950 when he joined Sid Caesar on Your Show of Shows and we’ve been best friends ever since. I loved him. When we were doing The 2000 Year Old Man together there...

Scripts from ‘Dick Van Dyke Show’ to be digitally preserved

JAMESTOWN, N.Y. (AP) — Hollywood producer Carl Reiner and the National Comedy Center say they're working together to digitally preserve Reiner's collection of scripts from the 1960's "The Dick Van...

‘Ya Got Trouble’ _ Hugh Jackman heading back to Broadway

NEW YORK (AP) — Hugh Jackman is coming back to Broadway as a classic roguish traveling salesman.

Producer Scott Rudin said Wednesday the two-time Tony-winner will star in a revival of the...

Sandra Oh and Andy Samberg will host the 76th annual Golden Globe Awards that will air on NBC. 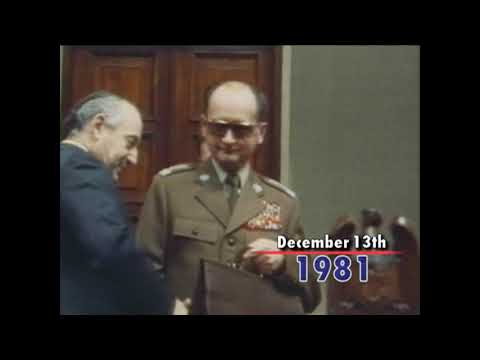 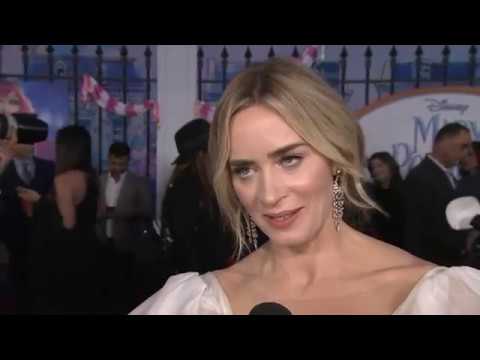 LOS ANGELES (AP) — A beloved nanny is preparing to take to the rooftops of London with her magical bag in time for Christmas.

Disney on Monday released a trailer for "Mary Poppins Returns." The musical sequel stars Emily Blunt in the role made famous by Julie Andrews in 1964.

Mary Poppins returns to Cherry Tree Lane to help the next generation of the Banks family through a personal loss.

LOS ANGELES (AP) — Ask 12-time Emmy Award winner Carl Reiner how it feels to be nominated again, and he fires back a wisecrack.

"I'm impressed with myself," says the droll, 96-year-old creator (or "96 and a half," per his exacting count) of the TV classic "The Dick Van Dyke Show."

NEW YORK (AP) — Jerry Van Dyke, the younger brother of Dick Van Dyke who struggled for decades to achieve his own stardom before clicking as the dim-witted sidekick in television's "Coach," died Friday in Arkansas, according to his manager. He was 86.

John Castonia said Van Dyke died at his ranch in Hot Spring County. His wife, Shirley Ann Jones, was by his side. No cause was immediately known.

By The Associated PressDecember 29, 2017 GMT

Hodgepodge of law enforcement agencies will try to make sure pot businesses adhere to a slew of new laws starting Monday.

But it was as feisty comedy writer Sally Rogers that Marie stretched the narrow confines of how women were portrayed on TV in the mid-20th century. Sally was an independent single woman who handled her job as adroitly as her male colleagues and who dated but refused to pine away for romance.

LOS ANGELES (AP) — Rose Marie, the wisecracking Sally Rogers of "The Dick Van Dyke Show" and a show business lifer who began as a bobbed-hair child star in vaudeville and worked for nearly a century in theater, radio, TV and movies, died Thursday. She was 94.

Marie had been resting in bed at her Los Angeles-area home when a caretaker found she had stopped breathing, said family spokesman Harlan Boll.

"Heaven just got a whole lot funnier" was the tribute posted atop a photo of Marie on her website.

Brits in LA talk about what they miss back home

That is simply criminal, as a new documentary makes clear. Before she became a TV second banana, Baby Rose Marie was a big-voiced singing phenomenon who at age 4 began conquering radio, stage and records and blossomed into a glamorous nightclub performer.

But he says a video-acceptance speech from Van Dyke, who grew up in Danville, Illinois, will be played for festival-goers.

BEVERLY HILLS, Calif. (AP) — Mel Brooks made it clear that he was not paid to appear at the premiere of the new HBO documentary "If You're Not in the Obit, Eat Breakfast."

The News-Gazette reports (http://bit.ly/2o7uP9h) a contractor has been chosen for the renovation of the Danville home where Van Dyke grew up. The actor's foundation also is raising money for the project, with a goal of eventually opening the home to the public.

The house near Danville High School fell into disrepair after its last owner died in 2011.

FAIRFIELD, Conn. (AP) — Mary Tyler Moore has been laid to rest during a private ceremony at a Connecticut cemetery.

About 50 people attended the funeral and burial at Oak Lawn Cemetery in Fairfield on Sunday. Police said actress Bernadette Peters was among family and friends who attended.

The gravesite was adorned with a statue of an angel and scores of flowers including white orchids and roses. Actor Jason Robards also is buried at Oak Lawn.

Notable reaction to the death of Mary Tyler Moore

Reaction to the death of Mary Tyler Moore at age 80:

"There are no words. She was THE BEST! We always said that we changed each other's lives for the better." — Dick Van Dyke, TV husband on "The Dick Van Dyke Show," via Twitter

"She'll last forever, as long as there's television. Year after year, we'll see her face in front of us." — Carl Reiner, in an interview with The Associated Press

Moore, who died Wednesday at age 80, will be the focus of broadcast specials.

"Mary Tyler Moore: Love is All Around," is a new CBS News special airing 9 p.m. EST Thursday. Gayle King, co-host of "CBS This Morning," will anchor the salute to Moore's life and legacy.

NEW YORK (AP) — Mary Tyler Moore, the star of TV's beloved "The Mary Tyler Moore Show" whose comic realism helped revolutionize the depiction of women on the small screen, died Wednesday. She was 80.

Moore gained fame in the 1960s as the frazzled wife Laura Petrie on "The Dick Van Dyke Show." In the 1970s, she created one of TV's first career-woman sitcom heroines in "The Mary Tyler Moore Show."

NEW YORK (AP) —          It's a lot of meaning to heap on a pair of TV sitcoms. But there it is, as every fan of Mary Tyler Moore, past and present, understands: The two comedy series' that Moore helped catapult to legendary heights stand as something even greater than funny.

Mary Tyler Moore, who changed depiction of women, dies at 80

Moore gained fame in the 1960s as the frazzled wife Laura Petrie on "The Dick Van Dyke Show." In the 1970s, she created one of TV's first career-woman sitcom heroines in "The Mary Tyler Moore Show."

The 91-year-old comedy legend says he'll be going to London in the spring to shoot his part, which he calls "a little song-and-dance number."

LOS ANGELES (AP) — Bernard Fox, the mustachioed actor known to TV viewers as Dr. Bombay on "Bewitched" and Col. Crittendon on "Hogan's Heroes," has died. He was 89.

Harlan Boll, a spokesman for Fox's family, said he died Wednesday of heart failure at a Los Angeles-area hospital.