Instead of congregating on the stage of Los Angeles' Shrine Auditorium for their best-ensemble win at the Screen Actors Guild Awards, the cast of “The Trial of the Chicago 7” called in on Zoom....

JK Rowling responds to critics over her transgender comments

LOS ANGELES (AP) — “Harry Potter" creator J.K. Rowling said she refuses to “bow down" to criticism about her recent comments on transgender people.

Review: ‘The Aeronauts’ doesn’t exactly soar, but Jones does

Would you like to ride in Eddie Redmayne's beautiful balloon?

Tom Harper's “The Aeronauts,” starring Felicity Jones and Redmayne, is loosely based on a record-setting 19th century balloon...

TORONTO (AP) — As soon as Eddie Redmayne read the script for "The Aeronauts," he knew whom his co-star should be: His "Theory of Everything" co-star Felicity Jones.

Celebrity birthdays for the week of Jan. 6-12

By The Associated PressDecember 31, 2018 GMT

Jan. 6: Accordionist Joey, the CowPolka King, of Riders in the Sky is 70. Singer Kim Wilson of the Fabulous Thunderbirds is 68. Country singer Jett Williams is 66. Actor-comedian Rowan Atkinson ("Mr. Bean") is 64. Singer Kathy Sledge of Sister Sledge is 60. Chef Nigella Lawson is 59. Singer Eric Williams of BLACKstreet is 59. Director John Singleton is 51. Actor Aron Eisenberg ("Star Trek: Deep Space Nine") is 50. Actor Norman Reedus ("The Walking Dead") is 50. TV personality Julie Chen is 49. Actor Danny Pintauro ("Who's The Boss") is 43. Actor Eddie Redmayne ("Fantastic Beasts and Where To Find Them," ''The Theory of Everything") is 37. Comedian Kate McKinnon ("Saturday Night Live") is 35. Actress Diona Reasonover ("NCIS") is 35. Singer Alex Turner of Arctic Monkeys is 33.

Redmayne: Working on ‘Fantastic Beasts’ sequel ‘has been heaven’ 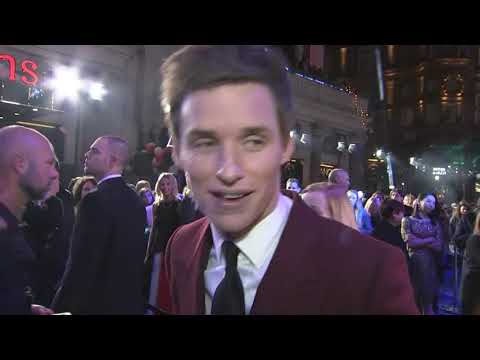 Review: Latest ‘Fantastic Beasts’ is a mixed bag of wonders

Like the bottomless trunk totted by "magizoolologist" Newt Scamander, "Fantastic Beasts: The Crimes of Grindelwald" is a mixed bag of wonders. 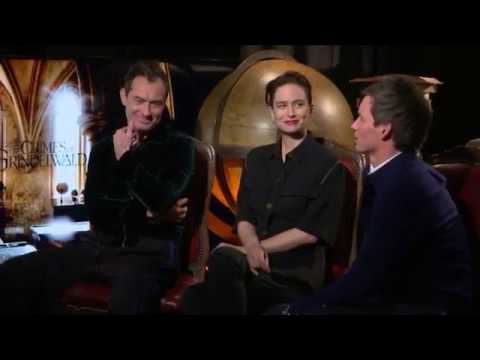 But the stars of "Fantastic Beasts: Crimes of Grindelwald," the film written by J.K. Rowling about a dark wizard who becomes a divisive leader in the magical world, tell The Associated Press that there are some similarities.

Redmayne and Waterston on working with Johnny Depp

LONDON (AP) — The life of renowned physicist and author Stephen Hawking was celebrated Saturday in English city of Cambridge, with hundreds of well-wishers lining the streets for a glimpse of the hearse carrying his remains to a private funeral.

There was a spontaneous burst of applause outside St. Mary the Great church when the hearse arrived. The bells of the church tolled 76 times, one for each year of Hawking's remarkable life.

LOS ANGELES (AP) — Harry Potter spinoff "Fantastic Beasts and Where to Find Them" cast a spell over audiences in its debut, summoning $75 million according to studio estimates Sunday and unseating "Doctor Strange" from the top spot.

Starring Eddie Redmayne and directed by Harry Potter alum David Yates, "Fantastic Beasts," a Warner Bros. release, cost around $180 million to produce, and is meant to kick off a five film franchise based on author and screenwriter J.K. Rowling's creation.

The British author was onstage at Carnegie Hall on Saturday night to introduce an advance screening of "Fantastic Beasts and Where to Find Them," a Nov. 18 release that she adapted from her "Harry Potter" spinoff book of the same name.

The screening was a fundraiser for Lumos, a nonprofit foundation Rowling started a decade ago to help institutionalized children worldwide be reunited with their families.

Q&A: Redmayne on finally getting his Harry Potter shot

NEW YORK (AP) — After spending two straight falls consumed by awards season, Eddie Redmayne is taking a break from the Oscars and fronting his first franchise.

LOS ANGELES (AP) — Johnny Depp is about to enter a world of magic. The actor is set to be part of "Harry Potter" author J.K. Rowling's "Fantastic Beasts and Where to Find Them" in a secretive role according to a Warner Bros. representative Tuesday.

Depp will appear in a cameo in the first film, which opens on Nov. 18, and have a bigger role alongside star Eddie Redmayne in the sequel in 2018.

NEW YORK (AP) — J.K. Rowling's "Fantastic Beasts and Where to Find Them" isn't going to be a trilogy, it's going to be a pentalogy.

At a fan event for the upcoming film in London on Thursday, the author revealed that the budding franchise will now stretch to five films. The first, starring Eddie Redmayne, opens November 18.

LOS ANGELES (AP) — The entire Harry Potter series is set to return to the big screen later this month.

NEW YORK (AP) — The "Harry Potter" spinoff "Fantastic Beasts" is turning into a franchise of its own.

Warner Bros. announced Wednesday that the upcoming "Fantastic Beasts and Where to Find Them" will get a sequel, planned to hit theaters in November 2018.

"Fantastic Beasts and Where to Find Them" is opening this November. J.K. Rowling is making her screenwriting debut and will also write the sequel's screenplay. Director David Yates is set to return, as...

J.K. Rowling to host a special screening of her next film

It’s a baby girl for Eddie Redmayne and wife Hannah