New this week: A Bieber reality show, comics and their moms

Bored with your surroundings? Justin and Hailey Bieber are showing off their lives in their Toronto home in a new series, while Hulu this week is premiering a documentary looking back at an early...

MTV, Save the Music launch grant named after J Dilla

NEW YORK (AP) — MTV and the Save the Music nonprofit organization have launched a grant named after the J Dilla, the highly influential rapper-producer who died in 2006.

The pair, who star together in the upcoming comedy "What Men Want," say their comments regarding R. Kelly have been taken totally out of context.

The "Empire" actress recently posted an Instagram story where she looked up the hashtag #MuteRKelly and later looked at one for #MuteHarveyWeinstein, noting there were much more for Kelly, and then typed "Hmmmm." 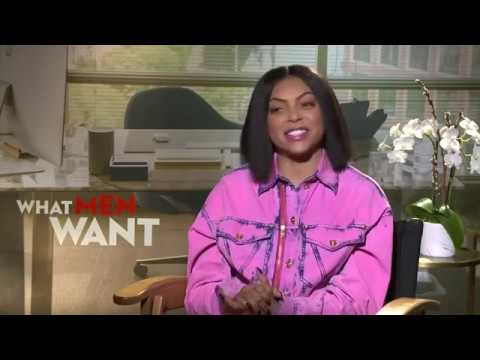 NEW ORLEANS (AP) — Janet Jackson is returning to the stage at the Essence Festival.

Organizers announced the 2018 lineup Thursday for the July 5-8 festival in New Orleans. Jackson last performed at the festival in 2010.

Among other headliners are perennial fan-favorite Mary J. Blige, Erykah Badu and Jill Scott, with special guests Snoop Dogg and appearances by others including The Roots, Xscape, Fantasia and Miguel.

NEW YORK CITY (AP) — Erykah Badu claims her words were "misconstrued" in the wake of a controversial interview in which she said she sees a "good" side to everyone, including Adolf Hitler.

In a series of tweets Thursday, the singer stressed she was trying to impart a "message of compassion" and encouraged people to read the entire interview, not "out of context" and "selective" headlines. "I don't want 2 force U 2understand the way I love. I'm hopeful tho," she wrote.

The Latest: Erykah Badu responds to her Hitler comments

NEW YORK CITY (AP) — The Latest on Erykah Badu and her controversial comments on Bill Cosby and Adolf Hitler (all times local):

Erykah Badu has responded to criticism following an interview in which she said she sees a good side to everyone, including Adolf Hitler.

In a series of tweets Thursday, the singer stresses she was trying to impart a "message of compassion" and encouraged people to read the entire interview, not "out of context" headlines.

DURHAM, N.C. (AP) — One day this past spring, Duke University's "History of Hip-Hop" class turned to current events. Grammy-winning rapper Kendrick Lamar's latest album had just been released and was about to debut at the top of the charts, so students were discussing their takes on it.

WEST HOLLYWOOD, Calif. (AP) — There's no question that Erykah Badu is the soul hostess. On Sunday, she'll host the Soul Train Awards on BET. But earlier this week, she was the soulful host who invited a small group of reporters to a West Hollywood hotel suite for an introductory lesson on chakras.

NEW YORK (AP) — What do Stevie Wonder and Kylie Jenner have in common? They're both fans of rising R&B singer Daniel Caesar.

The golden-voiced Canadian singer, who also counts Coldplay's Chris Martin, Rick Rubin and Erykah Badu as admirers, has built a strong celebrity fan base, thanks to his smooth, soulful R&B sound.

Caesar calls Wonder "one of my favorite songwriters of all-time," and said meeting the iconic musician left him star-struck.

Chappelle on 30 years in showbiz and sensitivity in comedy

NEW YORK (AP) — As Dave Chappelle reflects on spending 30 years in comedy, he says he's grateful and humble to still be living his dreams onstage.

"In all honesty, I mostly feel grateful that I survived it, and that I'm able to still do it, and that I have the respect of my peers," the 43-year-old said in an interview Friday night following a show at Radio City Music Hall, where he was joined by The Roots, Dead Prez and T.I.

LOS ANGELES (AP) — In the 20 years since her groundbreaking debut "Baduizm," Erykah Badu has only gotten more creative. Besides continuing to make music, she's been a TV host and producer, performed with her daughter in the Lone Star Circus and delivered dozens of babies as a certified doula. She even changed her Twitter handle to ErykahBadoula .

Review: Emily Estefan ably steps out of her parents’ shadow

She arrives with a last name beloved in the music world and dangerously treads in the same footsteps as her parents, who have 26 Grammy Awards combined. And yet Emily Estefan manages to make an impressive splash on her debut album.

The 22-year-old daughter of pop superstar Gloria and Emilio Estefan's "Take Whatever You Want" is a 14-song shimmering, jazz-influenced beauty she wrote, performed on and produced.

Nominations for the rapper-singer, who canceled three shows this week due to an ankle injury, include video, album/mixtape and song of the year.

ATLANTA (AP) — Nas, one of music's most revered lyricists and story tellers, is taking his talents into filmmaking.

The rapper has traded performing onstage to work behind-the-scenes as an executive producer on projects including Netflix's "The Get Down" and IFC Films' "The Land," which opens in New York and Los Angeles on Friday. Nas said he's looking to make a mark in film like he has done in music.

"I'm right on track of what I'm supposed to be doing in my...