WACO, Texas (AP) — A Texas restaurant called George's that features a mural honoring famous men with the same name has been changed to avoid a trademark dispute.

There's nothing new about those who make their living in sports chasing every dollar they can.

NFL owners do it every time they threaten to devastate a city by moving a team to greener...

HOUSTON (AP) — Authorities say an accidental fire in a garage at the Texas home of former heavyweight boxing champion George Foreman damaged the garage and several vehicles, but caused no...

AUGUSTA, Ga. (AP) — Tiger Woods won his 15th major championship at age 43 by walking away from Augusta National Sunday with his fifth Masters green jacket. Here are some other notable over-40...

HUMBLE, Texas (AP) — Freeda George Forman, the daughter of former heavyweight champion George Foreman and briefly a boxer herself, has died at a suburban Houston home. She was 42.

LONDON (AP) — Hugh McIlvanney, widely regarded as one of Britain's greatest and most authoritative sports writers, has died. He was 84.

The Football Writers' Association, of which McIlvanney was a life member, said the Scottish journalist died on Thursday after a battle with cancer.

Boxing gets big new platforms even as HBO exits sport

Dmitry Bivol knew where he wanted to go in his boxing career — straight to the top of one of the HBO cards he used to watch replays of while growing up in Russia.

Now Bivol is a light heavyweight champion — and on Saturday night he'll finally be an HBO headliner. He meets former champion Jean Pascal in Atlantic City as the featured bout of HBO's World Championship Boxing series. 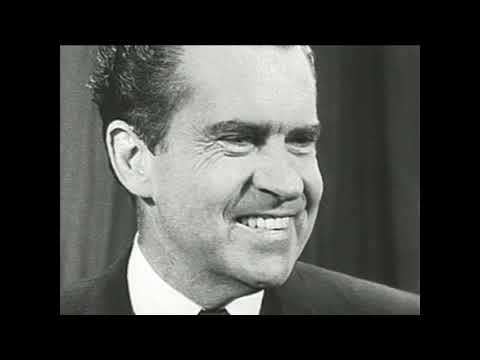 HBO to drop live boxing after 45 year of telecasts

NEW YORK (AP) — HBO is getting out of the live boxing business after more than 1,000 fights over four decades of telecasts.

The network will televise the Oct. 27 middleweight title fight between Danny Jacobs and Sergiy Derevyanchenko, then bow out from a sport of which it has long been a leading proponent.

Spectrum Brands combining with HRG in $10B deal

Holding company HRG, based in New York, owns about 59 percent of Spectrum, according to FactSet.

LOS ANGELES (AP) — George Foreman connected with the family of his first Olympic opponent in Lithuania. Henry Winkler made peace with his family history in Berlin. William Shatner rode majestic horses in Madrid. And Terry Bradshaw strode through a Munich city park wearing nothing but a cowboy hat and sneakers.

"That was not a good moment for me," the 69-year-old former football star said.

Today in History for October 30th

The 68-year-old Foreman posted a picture of the 65-year-old Seagal on Twitter on Monday, writing: "I challenge you One on one, I use boxing you can use whatever. 10 rounds in Vegas."

As Brady turns 40, some other old athletes for the ages

Tom Brady is celebrating his 40th birthday like no one before him.

Having won a fifth NFL championship ring and a fourth Super Bowl MVP at the age of 39, the New England Patriots quarterback has shown no signs of aging even as he inevitably gets older. He'll turn 40 on Thursday, and fans usually celebrate by singing "Happy Birthday" to him during training camp.

Usain Bolt is down to his last, blazing curtain call

Muhammad Ali stood alone on many fronts, but Joe Frazier, George Foreman and a few others still stood toe-to-toe with him in the ring. Jack Nicklaus contended with Arnold Palmer on the front end of his career and Tom Watson on the back end.

Usain Bolt? Nobody has been a match for him, on or off the track.

Alex Stewart, a heavyweight contender who fought Mike Tyson and nearly beat George Foreman, has died. He was 52.

Stewart died last week after being rushed to a hospital in Mount Vernon, N.Y., said Mike Gilberg, a close friend of the former fighter. He had a blood clot in his lung, Gilberg said.

"One day he wasn't feeling good, the next this happened," Gilberg said.

Today in History for October 30th

LOS ANGELES (AP) — During an hour-long chat at his Los Angeles home, Henry Winkler does impressions of George Foreman, Terry Bradshaw and William Shatner (his co-stars in the new NBC reality series "Better Late Than Never"), walks like a ninja who suddenly sports jazz hands, and improvises a scene as the intolerant acting coach he plays in a new HBO comedy.