Astrid Kirchherr, photographer of the Beatles, dead at 81

NEW YORK (AP) — Astrid Kirchherr, the German photographer who shot some of the earliest and most striking images of the Beatles and helped shape their trend-setting visual style, has died at age... 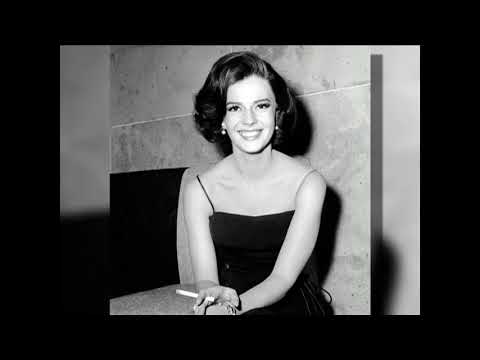 NEW YORK (AP) — The Beatles have released a new music video on Apple Music for their 1968 song, "Glass Onion."

The video was released Tuesday and features rare photos and performance footage. The song appeared on their self-titled ninth album, often referred to as the "White Album," which celebrates its 50th anniversary this year.

NEW YORK (AP) — Music fans looking for a piece of history are going to get a chance to own guitars, outfits and other memorabilia from the likes of Prince, Bob Dylan, George Harrison and others.

A public preview of the items opened on Monday. The auction days are Friday and Saturday.

LONDON (AP) — Paul McCartney paid tribute to his parents after a ceremony making him a Companion of Honor at Buckingham Palace.

The former Beatle was joined by wife Nancy Shevell at the Friday ceremony on a sparkling spring day.

He said in a written statement that he saw the award "as a huge honor for me and my family and I think of how proud my Liverpool mum and dad would have been to see this."

Julien's Auctions says Harrison played the Hoffner Club 40 when The Beatles played around Liverpool, England, as The Quarrymen. Harrison traded his acoustic guitar for the electric model with Ray Ennis, who was a member of The Swinging Blue Jeans.

Harrison donated it to a band competition in 1965 and it was won by a member of a German band who died in 2017. His widow is putting it up for auction.

Gibson guitars could have future under bankruptcy protection

NASHVILLE, Tenn. (AP) — Gibson guitars have been such a fixture in music history that Chuck Berry was laid to rest with his, B.B. King affectionately named his "Lucille," and Eric Clapton borrowed one from George Harrison to play the solo on the Beatles' "While My Guitar Gently Weeps."

NASHVILLE, Tenn. (AP) — Gibson guitars have been such a fixture in music history that Chuck Berry was laid to rest with his, B.B. King affectionately named his "Lucille," and Eric Clapton borrowed one from George Harrison to play the solo on the Beatles' "While My Guitar Gently Weeps."

The photographer Mike Mitchell, who was 18 at the time, snapped the photos of the band's performances at the Washington Coliseum and the Baltimore Civic Centre in 1964. He also took photos of the Fab Four at a pre-show press conference and their arrival at Union Station.

Heritage Auctions in Dallas says a buyer requesting anonymity paid $396,500 Saturday for the singer-songwriter's 1963 Martin D-28 acoustic guitar. The company says Dylan played the guitar through his set at George Harrison's Concert for Bangladesh in New York City in 1971 and during his Rolling Thunder Revue tour from October 1975 to May 1976.

DALLAS (AP) — A guitar played by Bob Dylan at notable concerts in 1970s is expected to sell for more than $300,000 when it goes up for auction next month.

Heritage Auctions said the 1963 Martin D-28 acoustic guitar that once belonged to the singer-songwriter will be offered up Nov. 11 in Dallas. Heritage says Dylan played the guitar through his set at George Harrison's Concert for Bangladesh in New York City in 1971 and during his Rolling Thunder Revue tour from October 1975 to May 1976.

Put away your "here comes the son" puns.

On his album "In Parallel," Dhani Harrison doesn't hide from — nor does he duplicate — the sounds of his late father, George Harrison. The younger Harrison builds on the legacy in a way that seems at once familiar, original and assured.

On "Wilder Shores," Belinda Carlisle follows on the path paved by a long list of rock and pop stars — from George Harrison to Boy George — who've echoed their spiritual journeys in their music.

The mantras chanted while practicing Kundalini yoga helped Carlisle overcome years of addiction and her new album is centered on those healing repetitions of brief texts, which can be hypnotic in their intensity.

SILVER CITY, Mich. (AP) — Guitar, fiddle and mandolin virtuoso David Bromberg is among the headliners of a music festival this month in the wilds of far northern Michigan.

Today in History for February 25th

In Massachusetts towns, relics from past coming back

UPTON, Mass. (AP) — With music from artists like The Beatles, The Monkees or George Harrison playing in the background, some might feel like they took a step out of 2017 and into the past when they walk into The Nevermind Shop. Vintage collectibles in glass cases, shrink-wrapped vintage promotional posters leaning against the walls, and vinyl records grouped by genre.

TULSA, Okla. (AP) — Public memorial services are planned in Tennessee and Oklahoma for Rock and Roll Hall of Famer Leon Russell, who died Sunday at the age of 74.

Bond Memorial Chapel says a funeral will be held Friday at Victory Baptist Church in Mt. Juliet, Tennessee, then another service will be held Sunday at the Oral Roberts University Mabee Center in Tulsa. The Oklahoma native died in his sleep Sunday.

NASHVILLE, Tenn. (AP) — Leon Russell, who performed, sang and produced some of rock 'n' roll's top records, has died. He was 74.

Russell's wife, Jan Bridges, said in a statement that her husband died in his sleep Sunday at their Nashville home. She said Russell had heart bypass surgery in July and had been planning on resuming touring in January.

Young joined the former Beatle to perform "A Day in the Life," which morphed into John Lennon's "Give Peace a Chance." The audience flashed peace signs as they sang along. Young played lead guitar to duet with McCartney on "Why Don't We Do It In the Road?"

Paul and Ringo back together for Beatles film opening

LONDON (AP) — The surviving Beatles will get together for the British premiere of director Ron Howard's film that documents the band's chaotic years on the road.

Paul McCartney and Ringo Starr will be in London Thursday for the opening of "Eight Days a Week — the Touring Years."

The film traces the group's progression from playing to small frenzied crowds at The Cavern Club in Liverpool to their sold-out stadium shows in the United States.

UK singers, others complain about Trump’s use of their music

LONDON (AP) — The estate of former Beatle George Harrison is complaining about the use of his music at the Republican National Convention in Cleveland.

Harrison's family tweeted Friday that the use of the song "Here Comes the Sun" during the introduction of candidate Donald Trump's daughter Ivanka was not authorized and was "offensive and against the wishes of the George Harrison estate."

Rocker Paul Rodgers also complained about the use of his "All Right Now" at...