BIRMINGHAM, Ala. (AP) — The son of former Alabama Gov. George Wallace on Wednesday criticized a move to strip his father’s name from a campus building over his support of racial...

More than a dozen sticks of dynamite planted by Ku Klux Klansmen exploded at a Birmingham church in 1963, killing four Black girls.

FAIRHOPE, Ala. (AP) — Winston Groom, the writer whose novel “Forrest Gump” was made into a six-Oscar winning 1994 movie that became a soaring pop cultural phenomenon, has died at age...

FAIRHOPE, Ala. (AP) — Winston Groom, the writer whose novel “Forrest Gump” was made into a six-Oscar winning 1994 movie that became a soaring pop cultural phenomenon, has died at age...

KENOSHA, Wis. (AP) — After struggling for much of the year to settle on a clear and concise reelection message, President Donald Trump appears to have found his 2020 rallying cry.

TUSCALOOSA, Ala. (AP) — Alabama coach Nick Saban led dozens of his football players and other athletes on a march to protest social injustice and recent incidents of police brutality against Black...

TUSCALOOSA, Ala. (AP) — Alabama players and coaches are planning a march Monday to protest social injustice, ending at the schoolhouse door where Gov. George Wallace once stood to block two Black...

CHICAGO (AP) — President Donald Trump's tweeted warning Friday amid unrest in Minneapolis that “when the looting starts, the shooting starts” echoes the language of a Miami police chief in 1967...

COLUMBIA, S.C. (AP) — A South Carolina lawyer who called himself “a reformed racist” after turning away from his segregationist past and toward civil rights died on Friday, his wife...

Kathryn Johnson, a trailblazing reporter for The Associated Press whose intrepid coverage of the civil rights movement and other major stories led to a string of legendary scoops, died Wednesday....

WASHINGTON (AP) — If President Donald Trump putting race at the forefront of his re-election campaign rings familiar, that's because another White House hopeful did the same half a century ago —...

Today in History for January 14th 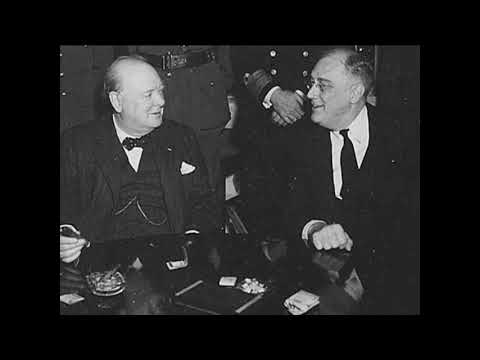 MONTGOMERY, Ala. (AP) — Maryon Pittman Allen, one of only two women to serve as a U.S. senator from Alabama, has died.

Allen was a journalist for The Birmingham News who married state politician Jim Allen, who died while serving in the Senate in 1978. Then-Gov. George Wallace appointed Allen to fill her husband's Senate seat until a special election could be held.

Today in History for June 11th

Today in History for May 15th

SAN JOSE, Calif. (AP) — The six leading candidates for California governor discussed housing, immigration, gas taxes and other issues at a debate Tuesday ahead of next month's primary.

Democrats pledged to stand up to Republican President Donald Trump and provide help to the homeless while Republicans said they'd cut taxes and regulations and fight "sanctuary" policies on immigration.

WASHINGTON (AP) — Martin Luther King Jr.'s eldest son is calling out President Donald Trump following accusations the president used a vulgarity to describe African countries during a meeting last week and expressed a preference for immigrants from countries like Norway.

Today in History for June 11th

Today in History for May 15th

MONTGOMERY, Ala. (AP) — In the 100 years since Chris Katechis opened his shop on Dexter Avenue, Chris' Hot Dogs has watched history pass by its green and glass storefront.

At the Capitol down the street, Gov. George Wallace declared "segregation forever."

PEARL, Miss. (AP) — The Pearl agency that promotes the city's business community is located on George Wallace Drive, named after the former segregationist governor of Alabama.

The Pearl Chamber of Commerce has asked the city to change the street to Commerce Drive, a name chamber president Gene Newman called "more appropriate."