By The Associated PressNovember 12, 2020 GMT

PARIS (AP) — Casino wheels have stopped turning, the Champagne is stuck on ice, and yachts bob silently in the famous harbor.

Formula One’s raucous circus won’t be coming on May 24 for the...

NEW YORK (AP) — A federal judge has dismissed a lawsuit by fantasy sports contestants who claimed they were damaged by sign stealing in Major League Baseball.

PARIS (AP) — The palace of Monaco says its ruler, Prince Albert II, has tested positive for the new coronavirus but his health is not worrying.

Three generations of women, each one reflective - and dare I say, ahead of her own formative moments in pop culture - take...

PLYMOUTH, England (AP) — Greta Thunberg's two-week voyage to the United States will be no pleasure cruise.

The 16-year-old climate change activist who has inspired student protests around...

Today in History for November 12th 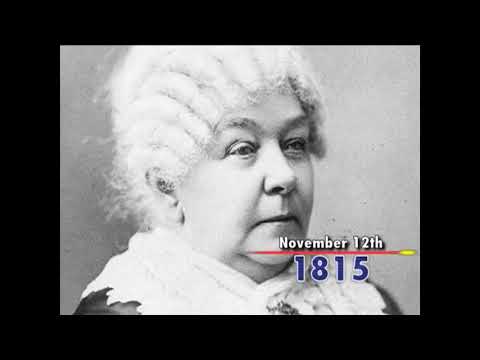 PHILADELPHIA (AP) — The Philadelphia home where Grace Kelly grew up has been restored to its original glory.

Oscars fashion through the years: The great and the puzzling

NEW YORK (AP) — A radiant Grace Kelly glided from her seat, pulling up her long opera gloves, her little evening bag balanced on one arm, as she collected a best actress trophy for "The Country Girl" at the 1955 Academy Awards.

She kept her speech short and sweet: "The thrill of this moment keeps me from saying what I really feel. I can only say thank you with all my heart to all who made this possible for me. Thank you."

Today in History for November 12th

LOS ANGELES (AP) — A Nobel prize, a rocking chair commissioned by President John F. Kennedy and a souvenir from President Donald Trump's wedding to first lady Melania, are among the treasures up for grabs at a Los Angeles auction this fall.

NEW YORK (AP) — Dina Merrill, the rebellious heiress who defied her super-rich parents to become a movie star, often portraying stylish wives or "the other woman," has died at age 93.

Merrill, raised in part on the Mar-a-Lago estate in Florida now owned by President Donald Trump, died Monday, according to family spokeswoman Selena Albanese. Merrill died of heart failure at her home in East Hampton, Albanese told The Associated Press on Tuesday.

PHILADELPHIA (AP) — Prince Albert of Monaco says the childhood home of his late mother, Princess Grace Kelly, will reopen to the public next year or earlier.

PHILADELPHIA (AP) — Prince Albert II of Monaco was in Philadelphia on Tuesday inspecting a house he recently bought: the home where his mother, Oscar-winning actress Grace Kelly, grew up and accepted a marriage proposal from his father, Prince Rainier III.

Albert spent nearly an hour inside the home and walking around the property, which he bought for $754,000. He waved to a handful of fans lined up on the sidewalk across the street from the home but made no public statements.

PHILADELPHIA (AP) — The Philadelphia home where Oscar-winning actress Grace Kelly grew up and accepted a marriage proposal from Prince Rainier III of Monaco in 1955 is now in the hands of the royal family.

Her son, Prince Albert of Monaco, has confirmed to People Magazine that he was the recent purchaser of the six-bedroom, 2.5-story Colonial home in the city's East Falls section.

‘The Dollhouse’ is as much about a place as about people

"The Dollhouse" (Dutton), by Fiona Davis

Former actress and journalist Fiona Davis' debut novel, "The Dollhouse," is as much about a place as it is about people.

Grace Kelly’s childhood home is up for sale in Philadelphia