GEORGETOWN, Guyana (AP) — Under pressure from mainland China, Guyana’s government has cancelled permission for Taiwan to open a trade and investment office in the South American country.

TAIPEI, Taiwan (AP) — Taiwan on Friday blamed Chinese interference for preventing the establishment of a trade office with Guyana in what had been seen as a diplomatic victory just 24 hours...

TAIPEI, Taiwan (AP) — Taiwan has established a trade office in the South American country of Guyana, a diplomatic win for the island that has continued to lose allies in an aggressive poaching...

RIO DE JANEIRO (AP) — Brazil’s neighbors are starting to restrict international travel amid concern about the spread of a new coronavirus variant that experts say may be more contagious and...

THE HAGUE, Netherlands (AP) — The United Nations’ highest court ruled Friday that it will intervene to settle a decades-old border dispute between South American neighbors Guyana and...

Pompeo visits Guyana hoping to shore up support on Venezuela

TAROUBA, Trinidad (AP) — The Trinbago Knight Riders have taken their perfect record into the final of the Caribbean Premier League.

PORT OF SPAIN, Trinidad (AP) — Nicholas Pooran clouted sixes off three consecutive balls to post the first century this season in the Caribbean Premier League and secure a seven-wicket win for the...

Caribbean Premier League to start next month in Trinidad

US imposes restrictions as pressure builds on Guyana leaders

WASHINGTON (AP) — The United States said Wednesday that it has imposed visa restrictions on people in Guyana who were involved in “undermining democracy" in the South American nation, which held a...

Guyana in crisis due to dispute over election fairness

GEORGETOWN, Guyana (AP) — Authorities in Guyana were under international pressure on Tuesday to certify an opposition victory in national elections even as the head of the Elections Commission...

GEORGETOWN, Guyana (AP) — A major dispute erupted Monday in Guyana and threatened to further destabilize the South American country after the governing party rejected a recount of votes cast...

Guyana says it has received $60 million in oil revenues

Four months after Guyana became one of the world’s newest crude oil exporters, the South American country on Saturday said it was already reaping the rewards with...

3 soldiers killed in explosion at Guyana military base

Three soldiers in Guyana were killed and one was severely injured during a demolition training exercise at an inland army base on Thursday, the military...

GEORGETOWN, Guyana (AP) — A court in Guyana has issued a temporary injunction blocking a vote recount in the disputed general election that has paralyzed government operations amid an oil boom in...

GEORGETOWN, Guyana (AP) — The government and opposition have agreed to a complete recount of votes in a presidential election marred by complaints of possible fraud in Guyana, a relatively poor...

GEORGETOWN, Guyana (AP) — The election commission in oil-rich Guyana has declared that the governing coalition won the country's disputed vote, despite international concerns about the credibility...

GEORGETOWN, Guyana (AP) — Several Caribbean prime ministers traveled to Guyana on Wednesday to try to help resolve an election crisis in the South American country, where rival factions are...

GEORGETOWN, Guyana (AP) — Guyana voted for a new government on Monday in a bruising fight for control of a tiny South American country whose oil revenues in the next decade could make it one of...

GEORGETOWN, Guyana (AP) — Guyana’s government on Thursday prepared to sell its first barrels of oil after the discovery of large quantities of oil and gas near the South American country’s coast...

HAVANA (AP) — A natural-resource watchdog group alleges in a new report that Guyana may have lost as much as $55 billion in potential revenue by poorly negotiating a deal with Exxon Mobil to pump...

CARACAS, Venezuela (AP) — President Nicolás Maduro says that he won't resume talks with the opposition until it rejects calls by a top supporter in Britain to "drop the topic" of Venezuela's...

PROVIDENCE, Guyana (AP) — The first one-day cricket international between the West Indies and India was washed out by rain Thursday after only 13 overs had been bowled.

US using same starters for game against Trinidad and Tobago

CLEVELAND (AP) — U.S. coach Gregg Berhalter is starting the same lineup in a CONCACAF Gold Cup match against Trinidad and Tobago as he used in the opening 4-0 victory over Guyana.

CLEVELAND (AP) — Nearly two years ago, the U.S. men's soccer team was dealt its most devastating loss in three decades, absorbing an impossible-to-imagine setback that shattered an entire...

ST. PAUL, Minn. (AP) — After newcomer Tyler Boyd scored early in the second half to give the United States a two-goal lead, the sure sign this was going to be a good night for the Americans was...

Bradley restored to US captain for Gold Cup opener

ST. PAUL, Minn. (AP) — Michael Bradley returned to his role as captain for the first time under new U.S. coach Gregg Berhalter as the Americans opened the CONCACAF Gold Cup against Guyana in their...

For US men, Gold Cup finally brings chance for revival

BLAINE, Minn. (AP) — The overarching goal for the fledgling U.S. men's soccer team, as frequently stated by new coach Gregg Berhalter, has been to improve the perception of this sputtering program...

Midfielder Duane Holmes has been dropped from the U.S. CONCACAF Gold Cup roster because of a reoccurrence of a left quadriceps strain, and he has been replaced by midfielder Djordje...

GEORGETOWN, Guyana (AP) — Guyana's State Assets Recovery Agency said Wednesday it has launched an investigation into whether corruption played a role in the previous government's 2015 decision to...

US chastises Guyana for honoring suspect in terror plot

GEORGETOWN, Guyana (AP) — The U.S. government chastised the South American country of Guyana on Monday for honoring the life of a former politician convicted of plotting to blow up fuel tanks at...

US to play old foe Trinidad in CONCACAF Gold Cup

LOS ANGELES (AP) — When the United States resumes competitive matches in June after a 20-month absence, it will quickly come up against Trinidad and Tobago, the nation that prevented the Americans...

GEORGETOWN, Guyana (AP) — Guyana's elections commission says it won't be ready to hold general elections in March, despite a court order to do so in the wake of a no-confidence vote.

The commission said Tuesday it might be ready by July. Election commissioners say they need to compile a new list of voters because the current one likely contains thousands of names of voters who have died or left the South American country.

GEORGETOWN, Guyana (AP) — A court on Thursday ordered the government of the South American country of Guyana to hold general elections by March after upholding a recent no-confidence motion.

The ruling comes as Guyana prepares to become what experts believe could be Latin America's second-biggest oil producer within the next decade.

GEORGETOWN, Guyana (AP) — Guyana's two main political leaders met on Wednesday for the first time since the opposition approved a no-confidence motion last month and assured people that the South American country will abide by its constitution and call fresh elections soon.

The announcement is expected to appease investors as Guyana prepares to become what experts believe could be Latin America's second-biggest oil producer within the next decade.

Parliament Speaker Barton Scotland said Thursday that it's best if a court decides whether the motion had the required votes. The government had asked Scotland to overturn the motion because it contends the 33 votes were shy of just one to represent a majority in the 65-member assembly.

GEORGETOWN, Guyana (AP) — Government officials in Guyana are refusing to resign and say they will fight a recent no-confidence motion that is forcing new elections in the South American country by March.

GEORGETOWN, Guyana (AP) — Guyana's foreign ministry has condemned what it says was a dangerous incursion into local waters after a Norwegian ship hired by ExxonMobil was "intercepted" by a Venezuelan naval vessel.

The ship, Ramform Tethys, was contracted to conduct seismic work by the company in a block off Guyana's coast.

GEORGETOWN, Guyana (AP) — A ship hired by ExxonMobil was approached by a Venezuelan naval vessel off the coast of Guyana, one of the most serious incidents yet in oil-rich waters that Venezuela has long claimed as its own.

The Venezuelans did not board the ship and have since left the area, according to a statement issued by Norway's Petroleum Geo-Services, which was performing a seismic survey on behalf of Irving, Texas-based ExxonMobil.

GEORGETOWN, Guyana (AP) — A lawmaker from the ruling coalition in Guyana voted late Friday with the opposition for a no-confidence motion, bringing down the administration of President David Granger and forcing fresh elections by March.

Government legislator Charrandass Persaud said: "I voted with my conscience."

Authorities say a passenger arriving from Guyana on Saturday had the songbirds in a duffel bag.

Caricom to waive taxes on oil as Petrotrin refinery closes

GEORGETOWN, Guyana (AP) — A Caribbean trade bloc is removing taxes on imported oil and petroleum products for the region as a major refinery on the island of Trinidad prepares to close.

Jonestown memorials held at cemetery with remains of 400

By The Associated PressNovember 19, 2018 GMT

OAKLAND, Calif. (AP) — Ceremonies at a California cemetery marked the mass murders and suicides 40 years ago of 900 Americans orchestrated by the Rev. Jim Jones at a jungle settlement in Guyana, South America.

The remains of more than 400 Jonestown victims are buried at Evergreen Cemetery in Oakland.

OAKLAND, Calif. (AP) — Jonestown was the highlight of Mike Touchette's life — for a time. 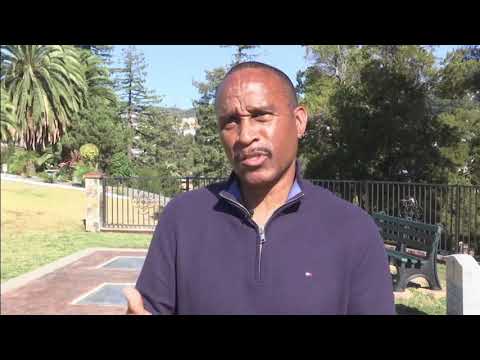 Airline spokesman Carl Bowen said the plane, which was on its way to Toronto, reported a hydraulic failure emergency shortly after taking off from the Cheddi Jagan International Airport and returned after less than 20 minutes.

ROCKFORD, Tenn. (AP) — Stan Brock, the founder of an organization that uses mobile medical clinics to bring health care services to people in remote, underserved areas of the U.S. and around the world, has died in Tennessee. He was 82.

Remote Area Medical said in a news release that Brock died Wednesday. RAM spokesman Robert Lambert told the Associated Press that Brock had been active until he suffered an illness a few weeks ago. Lambert said Brock died peacefully at home in Rockford, Tennessee.