PARIS (AP) — Can a company own the word planet?

Powerful French entertainment company Canal Plus trademarked the term in France, but environmental groups are pushing back, saying they should...

US intelligence director says China is top threat to America

WASHINGTON (AP) — President Donald Trump has identified China as the country's biggest foe and the Justice Department mirrored that emphasis over the last four years with a drumbeat of cases...

BERLIN (AP) — The German government said Friday it has halted the planned purchase of next-generation assault rifles for the military, following claims that the chosen supplier may have breached a...

NEW DELHI (AP) — South Africa and India have asked the World Trade Organization to waive some provisions in the international agreements that regulate intellectual property rights, to speed up...

More Iranian nationals charged in US with hacking crimes

FALLS CHURCH, Va. (AP) — For the third straight day, federal prosecutors have announced criminal charges accusing Iranian nationals with conducting cyberattacks in the U.S., with the charges this...

BRUSSELS (AP) — Street artist Banksy has lost a legal battle with a a greeting card company along with a European Union trademark for one of his most iconic artworks.

US tariffs on China are illegal, says world trade body

GENEVA (AP) — A World Trade Organization panel ruled Tuesday that Trump administration tariffs on $200 billion worth of Chinese goods are illegal, vindicating Beijing even if the United States has...

The disputes center on the licensing of patented...

GULFPORT, Miss. (AP) — A minority nursing association has won a temporary restraining order against its founder in Mississippi federal court amid a lawsuit over the rights to group's trademark,...

US accuses Chinese hackers in targeting of COVID-19 research

WASHINGTON (AP) — Hackers working with the Chinese government targeted firms developing vaccines for the coronavirus and stole hundreds of millions of dollars worth of intellectual property and...

Africa urges no ‘obstacles’ to a COVID-19 vaccine for all

JOHANNESBURG (AP) — Governments around the world should “remove all obstacles” to swift and equitable distribution of any successful COVID-19 vaccine, including by making all intellectual property...

Harvard professor pleads not guilty to hiding ties to China

BOSTON (AP) — A Harvard University professor pleaded not guilty Tuesday to lying about his ties to a Chinese-run recruitment program.

A California man has been sentenced to more than seven years in prison for hacking an Atlanta-based company and trying to extort money in exchange for the return of the company's intellectual...

GENEVA (AP) — A Singaporean official defeated a candidate from China in a leadership contest for the U.N.'s intellectual property body, which was swept into a rift between Washington and Beijing...

China slams US over ‘attack’ on its candidate to UN body

GENEVA (AP) — A Chinese ambassador on Wednesday ripped into the U.S. for an “attack” on China's candidate to head a United Nations agency that monitors and tracks intellectual property like...

NEW YORK (AP) — The creators of the original Phillie Phanatic accused the Philadelphia Phillies of "an affront to our intellectual property rights and to Phillies fans everywhere" with the team's...

Chinese scientists ask for patent on US drug to fight virus

By JOE McDONALD and LINDA A. JOHNSONFebruary 6, 2020 GMT

BEIJING (AP) — Scientists in the city at the center of China’s virus outbreak have applied to patent a drug made by U.S. company Gilead Sciences Inc. to treat the disease, possibly fueling...

Apple, Broadcom told to pay Caltech $1.1B in patent lawsuit

LOS ANGELES (AP) — A federal jury on Wednesday decided that Apple Inc. and Broadcom Inc. must pay $1.1 billion to the California Institute of Technology for infringing on patents.

BOSTON (AP) — A Harvard University professor was charged Tuesday with lying about his ties to a Chinese-run recruitment program and concealing payments he received from the Chinese government for...

WICHITA, Kan. (AP) — An attorney for a Kansas researcher accused of concealing work he was doing for China while employed at the University of Kansas hit back on Thursday against a new indictment,...

A Mississippi company accuses a rival firm of stealing its idea for a double fishing seat by making prototypes in China and then selling its version on Amazon and other online sites.

LONDON (AP) — Facebook says it has removed a Conservative Party ad that used BBC news footage on the grounds that it infringed on intellectual property rights.

TOKYO (AP) — Asian shares were mixed after an upbeat start Tuesday on optimism over U.S.-China trade talks, prompted by Beijing’s new guidelines for the protection of patents and...

TOKYO (AP) — Global shares rose Monday amid some optimism that the U.S. and China may be edging closer toward a deal on a trade dispute that has been rattling markets for more than a...

BEIJING (AP) — China issued new, tougher guidelines for protection of patents, copyrights and other intellectual property in a move that may be timed to help along halting progress in trade talks...

US failing to stop China from stealing research, report says

WASHINGTON (AP) — The United States government has failed to stop China from stealing intellectual property from American universities and lacks a comprehensive strategy for dealing with the...

WASHINGTON (AP) — The Trump administration is restoring some trade privileges for Ukraine after the eastern European nation passed legislation to protect intellectual property...

US researchers on front line of battle against Chinese theft

WASHINGTON (AP) — As the U.S. warned allies around the world that Chinese tech giant Huawei was a security threat, the FBI was making the same point quietly to a Midwestern university.

WASHINGTON (AP) — Two men from Italy and Russia have been charged with trying to steal trade secrets from an American aviation company, U.S. prosecutors said Thursday.

CONCORD, N.H. (AP) — New Hampshire's only law school is launching what it believes is the first hybrid online and residential program with a focus on intellectual property law.

US back in top 5 innovative economies, China climbs to 14th

UNITED NATIONS (AP) — The United States reclaimed its ranking in the top five countries in the world for economic innovation, while China climbed from 17th to 14th position in the new list of...

Erik Rintamaki is credited with finding the sodalite-rich syenite rocks...

SHENZHEN, China (AP) — Chinese tech giant Huawei warned Thursday a U.S. senator's proposal to block the company from pursuing damages in patent courts would be a "catastrophe for global...

NEW ORLEANS (AP) — Two Louisiana scientists have been indicted on charges they tried to steal trade secrets from the Water Institute of the Gulf, a hydrology research institution in Baton Rouge...

HONOLULU (AP) — Last year, much of Hawaii was shocked to learn a Chicago restaurant chain owner had trademarked the name "Aloha Poke" and wrote to cubed fish shops around the country demanding...

The World Intellectual Property Organization has issued a first report aiming to show trends in AI, seen as a growth area in coming years, although still a tiny fraction of all patent applications each year.

Tappy the robot is behind part of charges against Huawei

NEW YORK (AP) — Chinese tech company Huawei went so far as to steal a robot's arm in its bid to get its hands on T-Mobile's trade secrets, the U.S. government alleges.

The case over Tappy, T-Mobile's phone-testing robot, portrays a company going to what the government calls illegal lengths to gain access to others' intellectual property.

"This indictment shines a bright light on Huawei's flagrant abuse of the law," Assistant U.S. Attorney Annette L. Hayes in Seattle said in a statement.

BANGKOK (AP) — Thailand's military government on Monday suspended the licensing of commercial marijuana-based products for medical use amid concern that foreign pharmaceutical companies might try to monopolize the market.

SHANGHAI (AP) — The Chinese government has granted Ivanka Trump's company preliminary approval for another five trademarks this month, as her father's administration pushes ahead on trade negotiations with China. 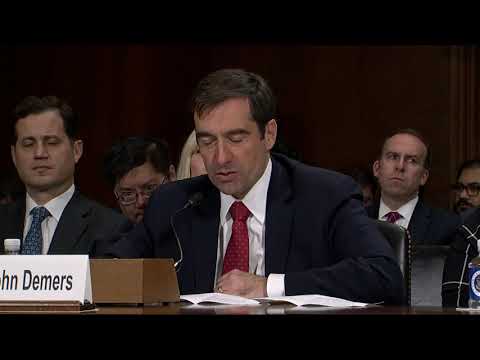 GENEVA (AP) — A U.N. agency says China has issued the most international patent applications for an eighth straight year, showing the country's heft in intellectual property amid U.S. President Donald Trump's accusation that the growing Asia power steals it.

BEIJING (AP) — China is trying to defuse a spiraling tariff war with Washington over technology policy by highlighting gains in other trade-related areas.

The Cabinet press office invited The Associated Press to interview the head of the country's patent and copyright office, as part of government efforts to persuade Washington and other trading partners to tone down objections to Chinese industry policy.

NHL Commissioner Gary Bettman says the league wants a cut of gambling profits if its intellectual property, data or video from games are used.

Bettman tells guest host Larry Lage in the in the latest episode of "PodcastOne Sports Now" those who want to conduct gambling business with NHL assets will need to negotiate.

Ice Cube tips off talking about his BIG3 basketball league and also kicks it about his music and movies.

DETROIT (AP) — Eminem has found himself in an unlikely battle: one over retail, not rap.