WASHINGTON (AP) — Republican lawmakers on Wednesday confronted former FBI Director James Comey about his oversight of the Trump-Russia investigation during a politically charged hearing that...

Holly Hunter suits up as US prosecutor in ‘The Comey Rule’

LOS ANGELES (AP) — Holly Hunter has been entrusted with playing an array of real-world women, from tennis great Billie Jean King to a cheerleading mom gone astray to her latest role, a federal...

Review: ‘Agents of Chaos,’ from Russia, but not with love

Let's take a trip back in American history, but not too way back. To a time not that unfamiliar — the last presidential election. Do you remember all the stuff swirling around in 2016?

FBI director says antifa is an ideology, not an organization

WASHINGTON (AP) — FBI Director Chris Wray told lawmakers Thursday that antifa is an ideology, not an organization, delivering testimony that puts him at odds with President Donald Trump, who has...

Comey to testify before Senate panel weeks before election

WASHINGTON (AP) — Former FBI Director James Comey will testify before the Senate Judiciary Committee on Sept. 30, appearing just a month before the presidential election as Republicans have tried...

NEW YORK (AP) — Former Manhattan U.S. Attorney Preet Bharara had a snickering response to news that his successor as top federal prosecutor was “stepping down” from the job.

WASHINGTON (AP) — President Donald Trump's defense team falsely claimed the Justice Department was already investigating him even before the 2016 election and distorted the facts about a dossier...

Comey: ‘Real sloppiness’ in Russia probe but no misconduct

Rosenstein said he was ‘horrified’ at how Comey was fired

WASHINGTON (AP) — Former Deputy Attorney General Rod Rosenstein told the FBI he was “angry, ashamed, horrified and embarrassed” at the way James Comey was fired as FBI director, according to...

WASHINGTON (AP) — The Latest on Roger Stone’s conviction on witness tampering and other charges (all times local):

President Donald Trump is reacting to news that his...

The hawkish Bolton departed in September because of numerous foreign policy...

A day before he was named special counsel, Robert Mueller was invited to the White House to discuss the role of FBI director with President...

WASHINGTON (AP) — Fresh out of his job as deputy attorney general, Rod Rosenstein said Monday that the Justice Department's investigation into Russian election interference was "justified," that...

Hundreds gather at ceremony to bid farewell to Rosenstein

GRASS VALLEY, Calif. (AP) — Officials in a small Northern California community say an online conspiracy that started with a tweet from former FBI Director James Comey forced them to cancel an...

WASHINGTON (AP) — Deputy Attorney General Rod Rosenstein submitted his resignation Monday after a two-year run defined by his appointment of a special counsel to investigate connections between...

Nearing end of his tenure, Rosenstein hits back at critics

WASHINGTON (AP) — Deputy Attorney General Rod Rosenstein is taking swipes at his critics as he prepares to leave the Justice Department, using one of his final speeches to defend his handling of...

The Comey firing, as retold by the Mueller report

The FBI director, James Comey, had privately reassured him that he was not personally under investigation. But on May 3, 2017, when...

The Latest: Report shows Trump trying to shut down probe

The 10 instances of possible obstruction in Mueller report

WASHINGTON (AP) — No, James Comey isn't running for president after all.

Senate to probe if DOJ officials discussed removal of Trump

WASHINGTON (AP) — The FBI developed a backup plan to protect evidence in its Russia investigation soon after the firing of FBI Director James Comey in the event that other senior officials were...

Ex-FBI official: ‘Crime may have been committed’ by Trump

WASHINGTON (AP) — Former FBI Deputy Director Andrew McCabe said in an interview that aired Sunday that a "crime may have been committed" when President Donald Trump fired the head of the FBI and tried to publicly undermine an investigation into his campaign's ties to Russia.

WASHINGTON (AP) — Former FBI Deputy Director Andrew McCabe said in an interview that aired Thursday that he moved quickly after his boss was fired to protect an investigation into President Donald Trump's potential ties to Russia and prevent it from being shut down in case he, too, was dismissed.

WASHINGTON (AP) — President Donald Trump's pick for attorney general sent White House lawyers a memo arguing that the president could not have obstructed justice by firing ex-FBI Director James Comey, describing a critical prong of the special counsel's Russia investigation as "fatally misconceived," he told the chairman of the Senate Judiciary Committee in a letter Monday.

Trump calls report on FBI probe of him ‘most insulting’

WASHINGTON (AP) — President Donald Trump on Saturday called "most insulting" a published report that federal law enforcement officials were so concerned about his behavior in the days after he fired James Comey from the FBI that they opened an investigation into whether he had been working for Russia against U.S. interests.

Comey said Republicans "have to have the courage to stand up and speak the truth, not be cowed by mean tweets or fear of their base."

Comey: Someone has to stand up, speak the truth 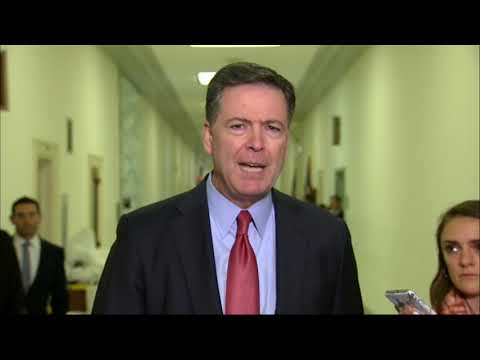 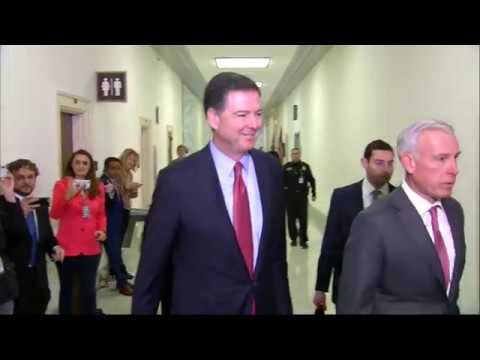 WASHINGTON (AP) — The FBI's counterintelligence investigation into potential ties between the Trump campaign and Russia initially focused on four Americans and whether they were connected to Russian efforts to interfere in the 2016 presidential election, former FBI Director James Comey told lawmakers during hours of closed-door questioning.

Comey did not identify the Americans but said President Donald Trump, then the Republican candidate, was not among them.

Comey faces off with GOP over Clinton emails, alleged bias

Comey, who appeared under subpoena, announced after the meeting that he would return for more questioning Dec. 17. Appearing annoyed, he said "we're talking about Hillary Clinton's emails, for heaven's sake, so I'm not sure we needed to do this at all."

Comey: Closed-door hearing should have been open 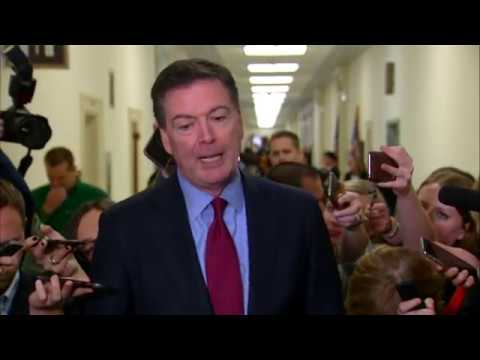 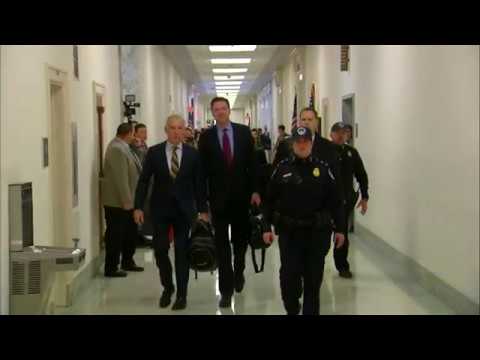 WASHINGTON (AP) — President Donald Trump and his aides are leaving a false impression about the extent of North Korea's plans to give up its nuclear weapons.

They say North Korean dictator Kim Jong Un has basically agreed to "denuclearization." In fact, Kim's announcement Friday before summits with the U.S. and South Korea is more limited, agreeing to freeze missile and nuclear weapons tests and close one nuclear facility already believed to have been rendered unusable.

AP FACT CHECK: Trump off on battling IS, Clinton remarks

WASHINGTON (AP) — President Donald Trump is revisiting old battles — the political one against Hillary Clinton and real ones against the Islamic State group — without a full command of the facts.

On Iraq and Syria, Trump gave credit to himself for military progress that was made by Russia, the Syrian government, Iraqi forces, Iranian forces — and the U.S., under Trump and his predecessor, Barack Obama.