From classic American rockers to British artists to the estates of late legends, here's a look at some of the musicians who have objected to Donald Trump using their songs at campaign events....

Stop the music! Chorus of artists tell Trump to tune it down

LOS ANGELES (AP) — From the beloved opening lines of Leonard Cohen's “Hallelujah” to the rousing, children's-choir conclusion of the Rolling Stones' “You Can't Always Get What You Want,” President...

Chicago blues is a sound and a brand. Chicago bluegrass has a more obscure history, and the band Special Consensus honors that past on...

WESTBROOK, Maine (AP) — The noise complaints against an outdoor venue in Westbrook, Maine, show no signs of abating.

About 50 people from Westbrook and Portland attended a public session...

BETHEL, N.Y. (AP) — State police are warning travelers in the Hudson Valley of likely traffic delays coinciding with the 50th anniversary of the Woodstock festival.

No chaos this time as Woodstock concert site preps for 50th

Organizers announced Wednesday that the troubled festival that hit a series of setbacks in the last four months won't take place next...

NEW YORK (AP) — Jay-Z's got 99 problems but Woodstock isn't one: The rap king has pulled out of the 50th anniversary Woodstock festival just weeks before the troubled event is supposed to take...

The Latest: Woodstock 50 in talks with alternate venue

WATKINS GLEN, N.Y. (AP) — The Latest on the Woodstock 50 festival (all times local):

A principal organizer of the Woodstock 50 festival says he and others are in discussions... 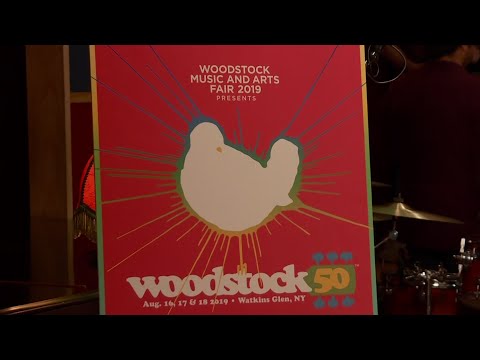 Fogerty does not own the rights to his classic song. In a statement released Thursday, he says "it irks me when people seek to capitalize on the popularity of my music" for their own financial gain.

Henson plays a hit woman in "Proud Mary," to be released on Friday. Its trailer uses Tina Turner's version of Fogerty's 1969 song.

NEW YORK (AP) — Though the LOCKN' Festival had been in the works for more than six months, the event taking place about 40 minutes from Charlottesville, Virginia, will now serve as an uplifting moment for the city following its racially charged rally that left one dead and others injured.

Brad Paisley wanted fans to listen, so he shot a movie

NASHVILLE, Tenn. (AP) — Brad Paisley will do anything to get fans to listen to an entire album front to back, even shoot an hour-long visual album featuring Mick Jagger, Timbaland, John Fogerty and an unfinished Johnny Cash song.

Review: Admit it, Brad Paisley is really good at country

When you can namecheck the UFC and Zebco fishing reels in the lead track to your 11th studio album, "Love And War," you are probably Grammy Award-winning country music machine Brad Paisley and you can do no wrong.