LOS ANGELES (AP) — The mother of comedian Kathy Griffin, who inspired many of the jokes in her famous daughter's standup routines, has died. Maggie Griffin was 99.

The top 10 movies on the iTunes Store

NEW YORK (AP) — Kathy Griffin says two days into the fallout of her 2017 photo posing with a fake severed head of President Donald Trump, she knew she should film what was happening.

Comedian Tim Conway of ‘The Carol Burnett Show’ dies at 85

Rachel Bloom , Ne-Yo, John David Washington and Kathy Griffin admit they were all late bloomers when it comes to fashion 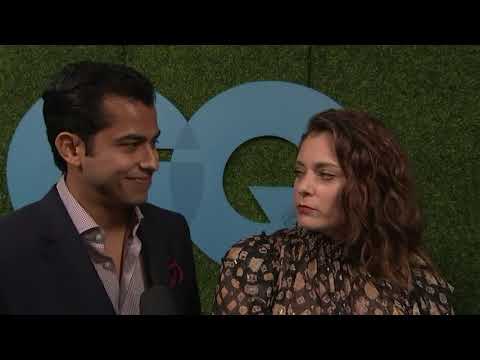 Terry Crews on Kevin Hart quitting Oscars: ‘He’ll come back from this’ 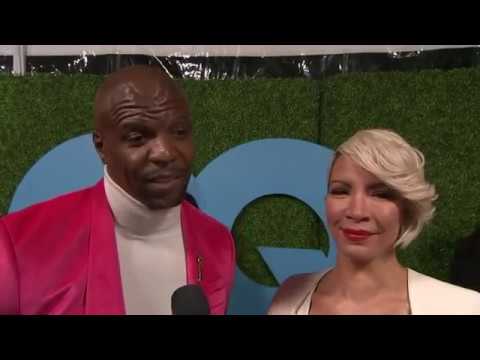 Celebrity birthdays for the week of Nov. 4-10

Quotes, reaction to Cosby’s sentence of 3-10 years in prison

Quotes from the hearing and reactions to Bill Cosby's sentence of three to 10 years in state prison for drugging and molesting a Temple University athletics administrator at his suburban Philadelphia home:

HELENA, Mont. (AP) — Republicans on Wednesday condemned a poster by Pearl Jam that shows the White House in flames and a bald eagle pecking at a skeleton they say is meant to depict President Donald Trump.

NEW YORK (AP) — As "Comedians in Cars Getting Coffee" cruises into its tenth season, Jerry Seinfeld realizes that with great success also comes the potential for lawsuits. He experienced it with the "Seinfeld" television series, his animated turn in "Bee Movie," and now with his latest show.

The lawsuit comes from Christian Charles, who claims he developed the concept, and is therefore the owner of the project. Charles directed the first episode of the series.

LOS ANGELES (AP) — Kathy Griffin paid tribute Tuesday night to Kate Spade by dressing head-to-toe in the late designer's apparel to accept an honor for her activism and fundraising for LGBTQ causes.

Griffin did not personally know the designer, but gave a brief tribute to Spade while accepting the Rainbow Key award from the city of West Hollywood, California. Spade was found dead in New York earlier Tuesday in what authorities said was an apparent suicide.

Kathy Griffin has accepted an award honoring her contributions to LGBTQ community by dedicating part of her honor to late designer Kate Spade.

Griffin wore an outfit made out entirely of Spade's designs while accepting an honor from the Southern California city of West Hollywood Tuesday night.

Griffin to be honored by West Hollywood for LGBTQ activism

The city will present Griffin with a Rainbow Key Award as part of an annual ceremony honoring individuals who have made contributions to the LGBTQ community.

Griffin is in the midst of a comeback following the uproar after she posed for a photo shoot while holding a fake severed Donald Trump head in May 2017.

Kathy Griffin warns that her nightmare ‘can happen to you’

LOS ANGELES (AP) — Kathy Griffin says she hopes to make her U.S. comeback by laughing about the disturbing photograph that got her in hot water with the feds and almost killed her career. But she also has this warning amid the jokes: "If it happened to me it can happen to you."

Kathy Griffin is ready to make you laugh again

Kathy Griffin to do new shows, 9 months after Trump photo

NEW YORK (AP) — Comedian Kathy Griffin is embarking on her comeback, some nine months after she provoked outrage — and lost much of her work — by posing with a fake severed head that appeared to depict President Donald Trump.

Griffin announced on HBO's "Real Time With Bill Maher" on Friday night that she had just booked upcoming shows at New York's Carnegie Hall and at Washington's Kennedy Center — "Trump's backyard," she called it.

By The Associated PressNovember 21, 2017 GMT

Kathy Griffin says she is in the middle of a "Hollywood blacklist" after taking a photo holding a fake severed head that resembled President Donald Trump.

The comedian is currently on a world standup tour. She says in a YouTube video that when she returns to the U.S. she doesn't have "one single day of paid work" scheduled. She says she doesn't want to do free shows or work small clubs and thinks she should be able to get her life back.

The twosome will ring in 2018 from Times Square in New York on CNN's "New Year's Eve Live with Anderson Cooper and Andy Cohen" on Sunday, December 31.

Businessman put on notice after rant against Kathy Griffin

NEW YORK (AP) — One of the nation's biggest homebuilders is putting its top executive on notice after a vulgar rant against comedian Kathy Griffin was caught on tape and went viral.

KB Home CEO Jeffrey Mezger, who is a neighbor of Griffin's in California, was recorded by a security camera hurling slurs against Griffin while in a heated argument with her boyfriend. Mezger was angered after Griffin or her boyfriend complained to police over a family get together at Mezger's house.

By The Associated PressSeptember 21, 2017 GMT

Gov. Brown's administration shows no sign of giving up on massive tunnels project despite rejection by Westlands district.

Jeff Bridges played a president in "The Contender," a political flick released nearly two decades ago in the wake of President Bill Clinton's White House scandals.

But when it comes to critiquing the role of today's real-life president, Bridges is a lot more laid back than some of his fellow celebrities. How would The Dude, the character he played in "The Big Lebowski," handle things?

Wisconsin lawmaker says shooting could have been predicted

MADISON, Wis. (AP) — A Wisconsin state lawmaker says the shooting at a congressional baseball practice outside of Washington "could probably have been predicted" given "disgusting commentary" about President Donald Trump.

Republican state Rep. Jesse Kremer, of Kewaskum, made his comments hours after the shooting Wednesday in a Facebook post. A top House Republican, Steve Scalise of Louisiana, was among those shot by a rifle-wielding gunman.

The Latest: Bank of America ends funding over Trump scene

Bank of America is the latest company to have problems with a Manhattan-based theater company's portrayal of Julius Caesar as a Donald Trump look-alike in a business suit who gets knifed to death.

NEW YORK (AP) — CNN cut ties with author and television host Reza Aslan on Friday, less than a week after he profanely referred to President Donald Trump in a tweet about the London terror attacks.

NEW YORK (AP) — He looks like Donald Trump, with his fluffy hair, dark suit and tie hanging below the belt. He moves like Trump. He even has a wife with a Slavic accent.

And at the start of the third act, the actor playing Julius Caesar in New York City's free summer Shakespeare in the Park festival is knifed to death on stage, blood staining his white shirt.

Griffin not ‘laying down’ for Trump, fears career is over

LOS ANGELES (AP) — Embattled comedian Kathy Griffin says she's not afraid of Donald Trump and plans to keep making fun of him but maintained that she's sorry for a video that depicted her holding a likeness of the president's severed, bloody head.

The California Republican Party is soliciting donations based on images of Kathy Griffin posing with the likeness of President Donald Trump's bloody, severed head.

Griffin not ‘laying down’ for Trump, fears career is over

Comic to hold a press conference to discuss fallout from photo in which she held a likeness of President Donald Trump's severed head.

In making announcements on Facebook Thursday, the State Theatre in New Brunswick and the Bergen Performing Arts Center in Englewood said they made the decision after careful consideration.

Griffin was scheduled to perform in her "Celebrity Run-In" tour at the theaters in November. Those who bought tickets will receive refunds.