MUKONO, Uganda (AP) — Ugandan divers retrieved 31 bodies and expected to find more in a capsized vessel in Lake Victoria, making it one of the country's worst maritime disasters and prompting the president to call for more stringent safety regulations.

The vessel was believed to be overcrowded with nearly 100 passengers, said Zurah Ganyana, a senior police officer at the scene. At least 27 people were rescued overnight, lower than earlier reports, she said.

Uganda: At least 10 die in boat accident on Lake Victoria

KAMPALA, Uganda (AP) — A Ugandan police official says at least 10 people have died in a boat accident on Lake Victoria.

He said search and rescue efforts will continue overnight for others believed to be trapped under the water in the completely submerged boat. He gave no details on the cause of the accident.

By The Associated PressSeptember 24, 2018 GMT

DAR ES SALAAM, Tanzania (AP) — Tanzania's government on Monday launched an inquest into the cause of the ferry disaster, in which 227 people died when a boat capsized in Lake Victoria last week. The government is also taking steps to build a bigger ferry.

Burials begin as deaths from capsized ferry rise to 224

UKARA ISLAND, Tanzania (AP) — Relatives wept in grief on Sunday at the mass burial in Tanzania of many of the 224 people who drowned when a ferry in capsized on Lake Victoria.

Colorfully painted coffins were lined up to go into graves on Ukara Island. Grieving family members places wreaths of flowers on the coffins.

Video footage of the survivor found in a capsized Tanzanian ferry two days after the deadly disaster shows him carried quickly along a busy street by health workers and military personnel as a siren wails.

Officials and state media say the man was an engineer who shut himself into the engine room as the badly overloaded ferry tipped over on the final stretch before reaching shore. 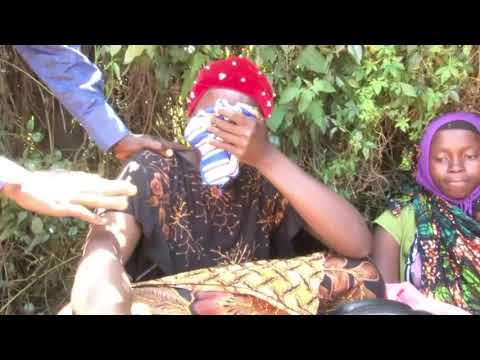 The Latest: Dozens dead after ferry sinks on Lake Victoria

KAMPALA, Uganda (AP) — The Latest on capsized ferry in Tanzania (all times local):

A regional official in Tanzania says 44 people are confirmed dead after a ferry sank on Lake Victoria.

John Mongella, the commissioner of Mwanza, says 37 people have been rescued after Thursday's capsizing.

He cannot say how many people were on board until the search and rescue operation is over.

Rescue efforts have been suspended until daybreak Friday.

KAMPALA, Uganda (AP) — Tests have confirmed that avian flu is responsible for the mass deaths of wild birds on the shores of Lake Victoria in Uganda, according to the government.

The species so far hit by the Highly Pathogenic Avian Influenza, or HPAI, are migratory white-winged black terns as well as domestic ducks and chickens, the Ministry of Agriculture said in a statement Sunday, warning of an imminent "catastrophe."

DODOMA, Tanzania (AP) — The number of people killed following a rare earthquake in the Lake Victoria region over the weekend has risen to 17, a Tanzanian official said Tuesday.

The 5.7-magnitude earthquake also left 252 people injured and 840 families homeless, George Simbachawene, the minister of state in the office of the president, told the National Assembly.

DAR ES SALAAM, Tanzania (AP) — A 5.7-magnitude earthquake shook the Lake Victoria region of East Africa on Saturday, killing at least 11 people in Tanzania, a police official said. The country's president said that many were dead.

The quake was felt as far away as western Kenya and parts of Uganda, which share the waters of Lake Victoria. Tremors were also felt in Kigali, Rwanda.