Locked Up For Life

Locked up for life at 15, Norman Brown remains defined by the crime that put him behind bars.

Twenty-seven years ago, Brown joined a neighbor more than twice his age to rob a jewelry shop in Chesterfield, Missouri, and the man shot the owner to death. The shooter was executed. But state officials, bound by a 2016 U.S. Supreme Court ruling, pledged to give Brown an opportunity to get out — then rejected parole in a process a federal judge ruled recently must be overhauled.

BATON ROUGE, La. (AP) — A 71-year-old Louisiana inmate whose case led to a landmark U.S. Supreme Court decision on juvenile-offender sentences was denied parole Monday, more than a half-century after he killed a sheriff's deputy at age 17.

Ruling but no resolution on which teen killers merit parole

Nearly two years after the U.S. Supreme Court ruled that prison inmates who killed as teenagers are capable of change and may deserve eventual freedom, the question remains unresolved: Which ones should get a second chance?

Should a man in prison for dad’s murder get another chance?

Kevin Boyd was in his mid-20s when he first grasped what it meant to be serving life without parole. It happened when a couple of longtime inmates who'd mentored him died of old age in prison and he watched them carted off on gurneys. He couldn't help but think about his own future.

By The Associated PressDecember 31, 2017 GMT

On a spring day in 1994, a retired German couple who'd traveled to California to see their daughter were sightseeing in the San Jacinto Mountains when they were robbed and shot by three young men. Gisela Pfleger, 64, died in the attack. Her husband, 62-year-old Klaus, was severely injured.

AP Exclusive: Parole for young lifers inconsistent across US

WILMINGTON, Del. (AP) — It's just a few blocks from the house Earl Rice Jr. left behind as a teenager to the places he remembers. But after more than four decades in prison, he has ground to cover.

Skirting Franklin Street's neatly trimmed lawns in long strides, and praising the glories of the afternoon heat, he reaches the park where he and his brothers used to go sledding. Across 18th, kids, laughing and shouting, bound down school steps. Rice slows, taking it all in.

BALTIMORE (AP) — A U.S. Supreme Court decision triggering new sentences for inmates serving mandatory life without parole for crimes committed as juveniles has had a far greater effect: The ruling is prompting lawyers to apply its fundamental logic — that it's cruel and unusual to lock teens up for life — to a larger population, those whose sentences include a parole provision but who stand little chance of getting out.

Q&A: A look at action around tough sentencing of juveniles

In the past decade or so, the U.S. Supreme Court and state legislatures have taken steps to scale back the most extreme punishments for juvenile criminals. Here's how the laws have changed and some reasons why teens who were sentenced to life without parole are now getting a second chance:

DETROIT (AP) — Bobby Hines stepped forward, smiling as he embraced the sister of the man he was convicted of killing.

Locked up for 28 years, he'd long wanted to meet Valencia Warren-Gibbs, to talk with her about that night in 1989 when her older brother, James, was shot after Hines and two others confronted him in a feud over drugs.

What happens when an inmate locked up at 16 or 17, and never expecting to get out, is released into a very different world at 50, 60 or older?

The parole of dozens of former juvenile lifers, set in motion by a U.S. Supreme Court ruling, raises a host of questions about how those freed will navigate life on the outside. Some of those involved in the process say not enough is being done to make those transitions work. 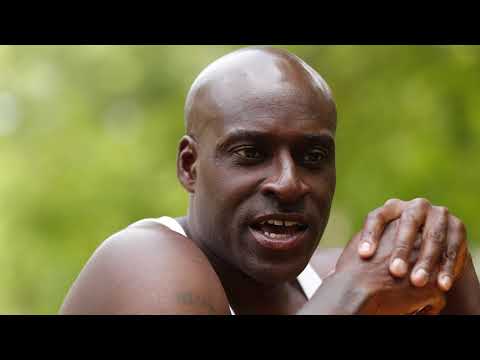 Sentenced to life without parole for his role in a murder at age 15, Bobby Hines is free at 43. He reads a poem that he wrote while in prison.

Ex-Juvenile Lifer Begins New Life On the Outside