Mandy Moore, Shahadi Wright Joseph, Beth Leavel, Jessica Hecht and dozens of other actors are teaming up to talk about something rarely mentioned on stage: periods.

Mandy Moore announces birth of son ‘right on his due date’

LOS ANGELES (AP) — Mandy Moore is officially a mom. The 36-year-old “This Is Us” star announced the birth of her first child, a son named August Harrison Goldsmith, on her Instagram Tuesday....

NBC sets November return for ‘This Is Us,’ ‘Chicago’ dramas

LOS ANGELES (AP) — An optimistic NBC said Thursday it will bring “This Is Us” and other scripted series back in November despite the TV industry's coronavirus-caused production shutdown that's...

`This Is Us’ stars Moore, Hartley co-host Red Nose special

LOS ANGELES (AP) — “This Is Us” stars Mandy Moore and Justin Hartley will co-host NBC's Red Nose Day special to raise money and awareness for children in need.

Review: Mandy Moore’s ‘Silver Landings’ is a pot of gold

They say seven is a lucky number and it seems that Mandy Moore hit her artistic pot of gold with her seventh studio album “Silver Landings,”...

AP PHOTOS: How the stars shined on Emmy Awards carpet

LOS ANGELES (AP) — There was no shortage of color on the carpet at Sunday's Emmy Awards, with television's biggest stars donning everything from eye-popping pinks to gold tones that matched the...

Dual-tone gowns of pink and red ruled the Emmys carpet

NEW YORK (AP) — Did someone send a memo? Taraji P. Henson, Zoe Kazan, Susan Kelechi Watson, Mandy Moore and Marisa Tomei all showed up to the Emmys in two-tone looks of pink and red that stood out...

Pink and red combos, Hollywood gold on the Emmys carpet

The Latest: Stars party at gala Emmy or no Emmy

LOS ANGELES (AP) — The Latest on the 71st annual Emmy Awards, being presented at the Microsoft Theater (all times local):

Review: Sequel to ’47 Meters Down’ is a toothsome success

At the beginning of "47 Meters Down: Uncaged," a quartet of young women are given some pretty good advice before going out to sea: "Don't get eaten by a shark." It's advice, as you might expect,... 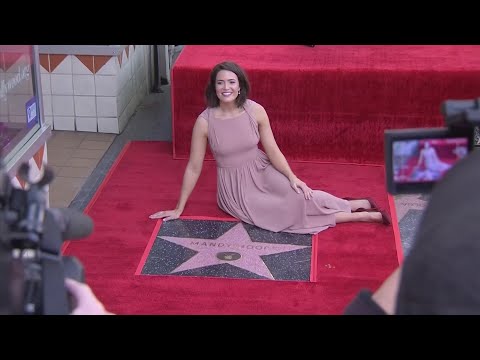 LOS ANGELES (AP) — "This Is Us" routinely brings viewers to tears. Next week, it's taking them to the theater.

The hit NBC series will air an episode modeled on a one-act play and confined... 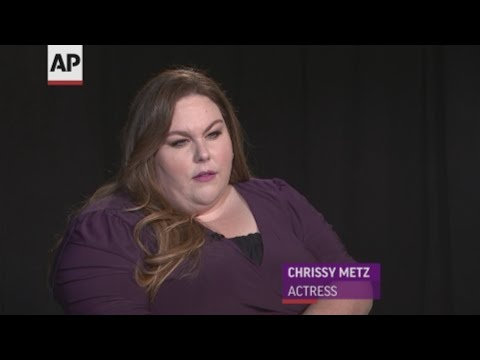 PHOENIX (AP) — A group sent 8,000 pizzas to hungry voters as they waited in long lines that plagued polling places across the country Tuesday.

The group Pizza to the Polls collects social media reports of long lines and doles out pizzas accordingly. The nonprofit enjoyed a boost in recent days because of tweets and donations from celebrities like Debra Messing, Alyssa Milano, Mandy Moore and Patton Oswalt, raising more than $300,000 over a 24-hour period.

‘This Is Us’ stars tease season 3 plotlines 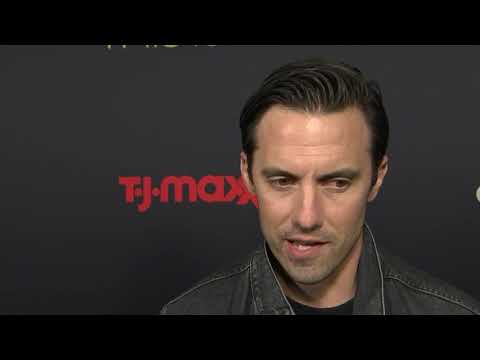 ‘This Is Us’ new season starts ‘with a bang’

Freeman’s achievement award: ‘Get off the stage. You’re done!’

Tomei, Arquette, Nash and Munn to present at SAG Awards

How does Jack die? Answer coming in ‘This Is Us’ season 2

BEVERLY HILLS, Calif. (AP) — The details of a tragedy looming over "This Is Us" will be revealed in season two.

Dan Fogelman, creator of NBC's time-shifting hit drama series, said the circumstances about the death of doting family man Jack will be part of the show's sophomore season that begins Sept. 26.

LOS ANGELES (AP) — Michael Bay's "Transformers: The Last Knight" topped the box office charts, but it was a dubious success. The fifth installment in the series took in a franchise low of $68.5 million in its first five days in theaters, $44.7 million of which came from weekend sales.

LOS ANGELES (AP) — "Cars 3" finished in first place at the North American box office this weekend with $53.7 million in earnings. It effectively stole the top spot from "Wonder Woman," which had held on to No. 1 for two weeks in a row. "Wonder Woman," in its third weekend in theaters, earned $41.3 million, bringing its total to $275.1 million.

In ’47 Meters Down,′ Moore and Holt embrace uncharted waters

LOS ANGELES (AP) — Mandy Moore spent six weeks at the bottom of a London pool trapped inside a steel cage, hyperventilating and screaming while filming the underwater thriller "47 Meters Down ." It wasn't all called for in the script.

Countless "what ifs" played out in her mind: What if her air suddenly cut out? What if her scuba equipment wasn't properly attached?

‘This is Us’ season finale focus is ill-fated Jack, Rebecca

"There's no dying. There's no you, or me, or them. It's just us," character Kevin says in a fifth-episode scene singled out by Fogelman as key.

‘This is Us’ stars Ventimiglia, Moore have their say

LOS ANGELES (AP) — Jack and Rebecca Pearson are television's current It Couple, and Milo Ventimiglia and Mandy Moore are delighted to be playing them on NBC's freshman hit, "This is Us."

Viewers have followed their characters through births, death, arguments and an unwavering commitment to their family. In separate interviews with The Associated Press, the actors discussed the show, reaction to it and their roles as the season finale nears. It airs 9 p.m. EST Tuesday.

Dance scenes in movies can be tricky, but sometimes magical

Oscar front-runner "La La Land" opens with a bang, or should we say a burst — of leaps and pirouettes, not to mention bicycles sashaying along the roofs of automobiles. It's not easy to stage a successful dance scene for the cameras — especially on a highway interchange — but when such a scene works, it can be memorable.

Moore and Culpo at marvelous Marchesa

NBC renews hit drama ‘This Is Us’ for 2 more seasons

PASADENA, Calif. (AP) — NBC's hit freshman drama "This Is Us" will be sticking around for at least a couple more years.

The network said Wednesday's that the show's success has earned it a two-season pickup, with at least 18 episodes per season.

The family drama is proving a success with the advertiser-favored young adult demographic and has drawn critical praise.

Secrets behind the dazzling dances of ‘La La Land’

BURBANK, Calif. (AP) — Choreographer Mandy Moore was lying under a car on the hot pavement while more than 100 dancers above her twirled through gridlocked LA freeway traffic during the opening number of "La La Land ."

The sequence was months in the making — the most complicated ever undertaken by Moore, who's been creating routines for TV's "Dancing With the Stars" and "So You Think You Can Dance" for years.

The Globes nominations, announced Monday, include among the year's best comedies FX's freshman "Atlanta" as well as the established series ABC's "black-ish," HBO's "Veep" and Amazon's "Mozart in the Jungle" and "Transparent."

After Emmy, Sterling K Brown still winning with ‘This Is Us’

NEW YORK (AP) — Sterling K. Brown can chalk 2016 up as a win. He won an Emmy for his portrayal of Christopher Darden in FX's "The People v. O.J. Simpson: American Crime Story," and he's one of the stars of NBC's "This Is Us," which premiered this fall and is doing well in the ratings.

They are among the stars in new series that performed well during the first week of the new TV season, the Nielsen company said. The best performer was "Bull," CBS' series starring Weatherley as a trial consultant in a story loosely based on Dr. Phil McGraw's life. Its audience of 15.6 million made it the most-watched debut of the week.