Sen. Scott invites Parkland father to State of the Union

TALLAHASSEE, Fla. (AP) — Republican Florida U.S. Sen. Rick Scott is taking the father of a teenager who died in the Parkland school shooting to President Donald Trump's State of the Union address Tuesday.

The Republican governor said Wednesday at the annual Associated Press legislative planning meeting that he doesn't have the power to remove Broward Superintendent Robert Runcie. Runcie has been sharply criticized by parents whose children were fatally shot last year at Marjory Stoneman Douglas High School.

TALLAHASSEE, Fla. (AP) — A Florida sheriff suspended this month by the governor and accused of failing to prevent a school shooting has requested a state Senate hearing.

An attorney for ex-Broward County Sheriff Scott Israel requested the hearing Tuesday. Florida law says the legislative body has the final say in the removal of local elected officials. No hearing date was announced.

2 teens charged with threatening to shoot up school

TALLAHASSEE, Fla. (AP) — Authorities say two Florida teens have been charged with threatening to shoot up their school.

A Leon County Sheriff's Office news release said Monday that the boys ages 13 and 14 face felony charges of making written threats to do harm at Governor's Charter Academy in Tallahassee.

COCONUT CREEK, Fla. (AP) — The police officer who arrested the suspect in last year's Florida school massacre has been honored for bravery.

The Coconut Creek Police Department awarded Officer Michael Leonard with its Medal of Valor this week for arresting Nicholas Cruz, who's charged with killing 17 people at Marjory Stoneman Douglas High School on Feb. 14.

A Florida detective says the former deputy entrusted to protect a high school where 17 people died in a mass shooting gave an initial statement filled with inaccuracies about his actions. 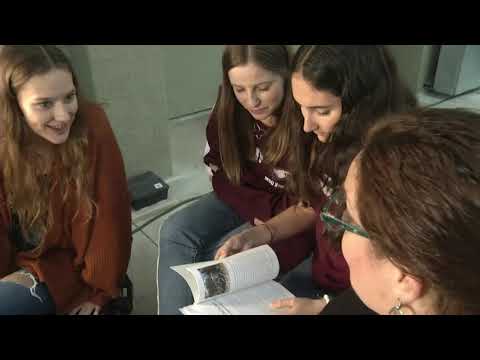 DeSantis on Friday removed 46 people who had been placed on various state boards by Scott right before he left office.

One of the people whose appointment has been rescinded is Andrew Pollack. Scott appointed Pollack to the State Board of Education. Pollack's daughter Meadow was among 17 people gunned down last year at Marjory Stoneman Douglas High School.

Universal Pictures released a statement Wednesday saying the film's North American release would be moved from Feb. 14 to Feb. 13. The studio also decided to keep the film from theaters in the Parkland area where 17 people were killed last year at Marjory Stoneman Douglas High School.

FORT LAUDERDALE, Fla. (AP) — A hearing has been delayed on whether Florida school shooting suspect Nikolas Cruz should still be supervised by a corrections officer he's accused of assaulting.

The hearing set Wednesday was postponed because a court reporter became ill. It was reset for Friday.

Cruz's lawyers want a judge to stop Cruz from being supervised by Sgt. Raymond Beltran. Cruz is segregated from other prisoners and is under close watch at the Broward County Jail.

SALEM, Ore. (AP) — A bill set to appear in the Legislature this year would require Oregonians to obtain a permit before buying a gun, limit the amount of ammunition a person could buy, outlaw magazines with a capacity of more than five rounds and create gun locking and storage requirements.

FORT LAUDERDALE, Fla. (AP) — The Latest on the suspension of a Florida sheriff whose deputies were assigned to protect the school where 17 died in a February massacre. (all times local):

The Florida sheriff who was suspended for his office's handling of a Feb. 14 school massacre says he's fighting the suspension.

Broward County Sheriff Scott Israel said Friday that, "There was no wrongdoing on my part. I served the county honorably."

FORT LAUDERDALE, Fla. (AP) — A group of therapists are holding workshops to prepare a Florida high school for the anniversary of last year's mass shooting.

Professionals United for Parkland is offering trauma training to prepare students, parents and teachers at Marjory Stoneman Douglas High School for the upcoming date on Feb. 14.

TALLAHASSEE, Fla. (AP) — Florida Gov. Rick Scott is appointing to the state's education board the father of a teenager killed during a school shooting in Parkland.

Even though he is about to leave office, Scott announced nearly 80 appointments to various state boards on Friday. He appointed Andrew Pollack to the State Board of Education. The panel sets education policy and hires the state's education commissioner.

FORT LAUDERDALE, Fla. (AP) — The commission investigating a shooting massacre at a Florida high school unanimously approved its initial findings and recommendations Wednesday, including a controversial proposal that teachers who volunteer and undergo training be allowed to carry guns.

FORT LAUDERDALE, Fla. (AP) — The sheriff of a Florida county where a gunman killed 17 students and staff at a high school has outlined steps his agency has taken in response to the Feb. 14 massacre.

PARKLAND, Fla. (AP) — Deputies in one South Florida county will have to try to confront active shooters in the future.

FORT LAUDERDALE, Fla. (AP) — Bodies. Chaos. The smell of gunpowder and blood. A deputy wandering aimlessly, muttering to himself.

A lengthy police report on the Florida school shooting says suspect Nikolas Cruz still had 188 live rounds when he abandoned his AR-15 rifle and blended in with students fleeing the carnage.

PARKLAND, Fla. (AP) — A Florida high schooler who survived a school shooting massacre and co-founded the "March For Our Lives" gun-reform movement has been accepted to Harvard.

Marjory Stoneman Douglas High School senior Jaclyn Corin posted a photo of her admissions notice on Instagram on Thursday. The letter congratulated Corin for being accepted under the early action program. She wrote, "Hard work pays off." She didn't indicate whether she would attend.

FORT LAUDERDALE, Fla. (AP) — The commission investigating a Florida high school massacre heavily criticized the responding sheriff office's active shooter policy Thursday, saying it contributed to the failure of some deputies to run into the building and confront the gunman.

Florida's Senate president says he is "very open" to a proposal that would allow volunteer teachers to carry concealed handguns if they pass a background check and undergo extensive training.

WASHINGTON (AP) — The father of a Florida school shooting victim helped the White House celebrate Hanukkah on Thursday and lauded President Donald Trump as a "fighter" who has "retaken Washington for the American people."

Trump said the menorah was being lit in the East Room in memory of 18-year-old Meadow Pollack "and all of the precious lives stolen from us this year, and we will pledge our resolve to confront hatred and violence in all of its evil forms."

FORT LAUDERDALE, Fla. (AP) — A public relations crisis consultant hired to advise a Florida school district after a mass shooting is apologizing after dismissing the district's critics as "crazies" and calling a reporter a "skanky" ''jerk" who "smells bad."

A leaked video shows Sara Brady making the comments to an audience of public relations professionals in July.

The Broward school district paid her nearly $75,000 for advice after 17 people were killed at Marjory Stoneman Douglas High School.

BOCA RATON, Fla. (AP) — A Florida university student is facing charges that he threatened to kill a professor for scheduling a final exam at 7 a.m.

Police said Decomas wrote "this is my message to premeditated murder."

JACKSONVILLE, Fla. (AP) — Some parents are suing a north Florida school district, claiming it's putting elementary school students in jeopardy with its implementation of a state law meant to bolster student safety after a high school massacre.

Parkland shootings contribute to a rise in Florida murders

TALLAHASSEE, Fla. (AP) — The school shooting that left 17 dead drove up the number of Florida murders during the first six months of 2018 compared to the same period last year.

Overall, the number of Florida crimes in the first half of the year dropped by 8 percent. But the Florida Department of Law Enforcement reported 545 murders, including the 17 at Marjory Stoneman Douglas High School in Parkland.

FORT LAUDERDALE, Fla. (AP) — More than 50 teachers chanted "bring them back" outside Marjory Stoneman Douglas High School Tuesday morning, demanding the return of four administrators who were reassigned after a state commission's investigation of the shooting that killed 17 people on Valentine's Day.

FORT LAUDERDALE, Fla. (AP) — Four administrators at a Florida high school where 17 people were fatally shot are being reassigned following a report from the state commission investigating the shooting.

Broward County Public Schools released a statement Monday that three assistant principals and a security specialist at Marjory Stoneman Douglas High School staff members were being reassigned to other administrative locations. It didn't say why they were being reassigned.

Tragedy survivors reflect on Thanksgiving after year of loss

ST. PETERSBURG, Fla. (AP) — Mass shootings, hurricanes, fires — for many people across the nation, 2018 was a year of loss unlike any other. As the quintessentially American holiday of Thanksgiving approaches, some will abandon traditions or choose not to mark the holiday at all. Others will celebrate new friendships forged in the wake of tragedy.

Here's how some of the survivors will spend Thanksgiving:

FORT LAUDERDALE, Fla. (AP) — The sheriff leading the state commission investigating Florida's high school massacre says he now believes trained, volunteer teachers should have access to guns so they can stop shooters who get past other safeguards.

FORT LAUDERDALE, Fla. (AP) — The Florida sheriff's captain who oversaw the initial response to February's Parkland high school massacre resigned Tuesday and the first sergeant to arrive at the scene has been suspended over what other law enforcement officials saw as their inaction during the initial minutes after the first shots were fired.

SUNRISE, Fla. (AP) — For months, members of the panel investigating Florida's high school massacre have called the sheriff's deputy assigned to guard the campus "a coward" for hiding and not rushing inside in an attempt to stop the shooter.

The Latest: Deputy at school shooting called a ‘coward’

Commissioners investigating the causes of a massacre at a Florida school have heavily criticized the actions of the sheriff's deputy assigned to the campus, calling him a coward for not confronting the gunman.

FORT LAUDERDALE, Fla. (AP) — Two students told investigators they reported the Florida high school shooting suspect to an administrator for making threats but felt they were not taken seriously, a commission investigating the massacre was told Tuesday.