NASA is putting a robotic geologist on Mars to dig deep into the red planet.
Click to copy

CAPE CANAVERAL, Fla. (AP) — A NASA spacecraft designed to drill down into Mars' interior landed on the planet Monday after a perilous, supersonic plunge through its red skies, setting off jubilation among scientists who had waited in white-knuckle suspense for confirmation to arrive across 100 million miles of space.

NASA's InSight spacecraft touched down on the sweeping, red equatorial plains Monday, less than 400 miles (640 kilometers) from Curiosity, the only other working robot on Mars.

That's about the distance from San Francisco to Pasadena, California, home to Mission Control for Mars.

The Latest: NASA spacecraft lands on Mars to dig deep

CAPE CANAVERAL, Fla. (AP) — The Latest on the landing by NASA's InSight spacecraft at Mars (all times local):

A NASA spacecraft has landed on Mars to explore the planet's interior.

Flight controllers announced that the spacecraft InSight touched down Monday, after a perilous supersonic descent through the red Martian skies. Confirmation came via radio signals that took more than eight minutes to cross the nearly 100 million miles (160 million kilometers) between Mars and Earth. 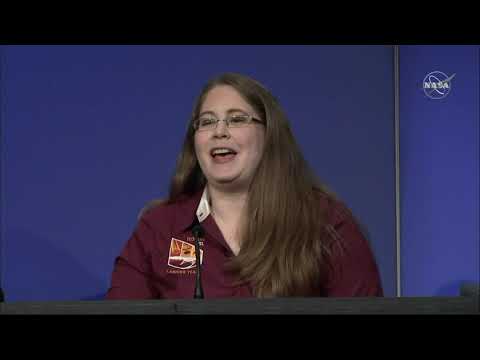 Mars landing looms for NASA; anxiety building a day out

CAPE CANAVERAL, Fla. (AP) — With just a day to go, NASA's InSight spacecraft aimed for a bull's-eye touchdown on Mars, zooming in like an arrow with no turning back.

New lander will add to humans’ long fascination with Mars

CAPE CANAVERAL, Fla. (AP) — In our solar system family, Mars is Earth's next-of-kin, the next-door relative that has captivated humans for millennia. The attraction is sure to grow with Monday's arrival of a NASA lander named InSight.

InSight should provide our best look yet at Mars' deep interior, using a mechanical mole to tunnel 16 feet (5 meters) deep to measure internal heat, and a seismometer to register quakes, meteorite strikes and anything else that might start the red planet shaking.

CAPE CANAVERAL, Fla. (AP) — Mars has a nasty habit of living up to its mythological name and besting Earth when it comes to accepting visitors.

NASA's InSight is the latest spacecraft to come calling, with every intent of landing and digging deeper into the planet than anything that's come before. The lander arrives at Mars on Monday following a six-month journey.

Their mission: Broadcast immediate news, good or bad, of InSight's plunge through the Martian atmosphere on Monday.

Named WALL-E and EVE after the main characters in the 2008 animated movie, the twin CubeSats will pass within a few thousand miles (kilometers) of Mars as the lander attempts its dicey touchdown.

CAPE CANAVERAL, Fla. (AP) — It all comes down to the final six minutes of a six-month journey to Mars.

NASA's InSight spacecraft will enter the Martian atmosphere at supersonic speed, then hit the brakes to get to a soft, safe landing on the alien red plains. 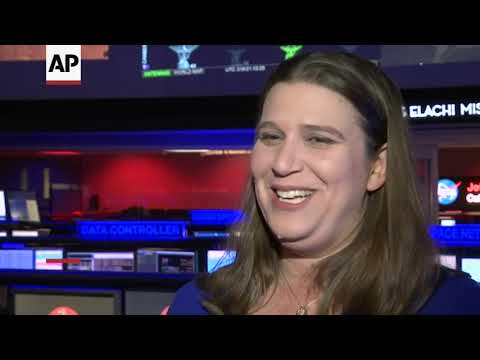 CAPE CANAVERAL, Fla. (AP) — Mars is about to get its first U.S. visitor in years: a three-legged, one-armed geologist to dig deep and listen for quakes.

NASA's InSight makes its grand entrance through the rose-tinted Martian skies on Monday, after a six-month, 300 million-mile (480 million-kilometer) journey. It will be the first American spacecraft to land since the Curiosity rover in 2012 and the first dedicated to exploring underground.