NEW YORK (AP) — A decade after publishing his memoir “Decoded,” Jay-Z is forming a more lasting partnership with the book industry.

Roc Nation, the entertainment company founded by the...

CHICAGO (AP) — Nick Foles remembered the stadium rocking to Philadelphia rapper Meek Mill’s “Dreams and Nightmares” as the Eagles prepared to host the Minnesota Vikings in the 2018 NFC...

ATLANTA (AP) — The social justice arm of Jay-Z’s Roc Nation entertainment company on Sunday called on Georgia officials to take quick action in the case of Ahmaud Arbery, a black man who...

Athletes, teams, celebs are ‘All In’ to feed hungry

With factories closed, tens of millions out of work and a recession looming because of the coronavirus pandemic, athletes, teams, entertainers and business leaders are donating prized possessions...

NEW YORK (AP) — John Legend, Meek Mill, DJ Khaled and a host of musicians paid tribute to Nipsey Hussle at the Grammy Awards, filling the vast stage with a soaring performance of his...

Rapper YG arrested in Los Angeles on suspicion of robbery

LOS ANGELES (AP) — Rapper YG was arrested Friday at his Los Angeles home on suspicion of robbery just two days before he is scheduled to perform at the Grammy Awards, officials said.

With ‘Championships,’ Meek Mill might become a Grammy champ

NEW YORK (AP) — On “Oodles O’ Noodles Babies,” a song on Meek Mill’s latest album, he raps about childhood struggles battling everything from poverty to violence, and proclaims: “We couldn't...

5 rappers removed from NYC festival at request of police

NEW YORK (AP) — Organizers of a hip-hop festival taking place in New York this weekend said Saturday they have dropped five rappers from the lineup at the request of police.

Large portions of an audience estimated to include 15,000 people...

Rapper Future to give scholarships, tickets to fans on tour

ATLANTA (AP) — The rapper Future has promised to give a $2,000 scholarship and pair of concert tickets to a fan at each stop on his Legendary Nights tour.

BOSTON (AP) — During the 22 years he spent in prison after being convicted of killing a Boston police detective, Sean Ellis believed there was something suspicious about the officers who led the...

LOS ANGELES (AP) — Meek Mill and Meghan Trainor are helping kick off the new social change partnership between the NFL and Jay-Z before the season-opening game in Chicago next week.

PHILADELPHIA (AP) — Rapper Meek Mill pleaded guilty to a misdemeanor gun charge Tuesday in a deal that resolves a 2007 arrest that has kept him on probation or in prison for most of his adult...

PHILADELPHIA (AP) — A decision on whether Meek Mill will be retried in a 2007 drug and gun case was delayed until later this month after his lawyer asked a judge Tuesday for more time.

A Pennsylvania appeals court on Wednesday overturned rapper Meek Mill's conviction in a drug and gun case that has kept the rapper on probation for a decade and made him a celebrity crusader for...

The Latest: Meek Mill ‘ecstatic’ after conviction thrown out

PHILADELPHIA (AP) — The Latest on Meek Mill (all times local):

NEW YORK (AP) — Meek Mill is in a Jay-Z state of mind: The Philadelphia rapper-turned-entrepreneur is launching a new record label in a joint venture with Jay-Z's Roc Nation.

PHILADELPHIA (AP) — Lawyers for Meek Mill asked an appeals court Tuesday to overturn a 2008 drug and gun conviction that has kept the rapper on probation for a decade and made him a celebrity...

Lawyers for Philadelphia rapper Meek Mill have asked an appeals court to grant him a new trial before a...

PHILADELPHIA (AP) — Meek Mill's lawyers will get a chance to argue the rapper's 2008 conviction on gun and drug charges should be overturned.

PHILADELPHIA (AP) — Philadelphia's top prosecutor called for a new trial and judge for rapper Meek Mill on Wednesday, saying the former judge who sentenced him "abused its discretion" and has been...

NEW YORK (AP) — Cardi B, Meek Mill and Migos will perform at the annual Summer Jam concert , one of the year's top hip-hop shows.

PHILADELPHIA (AP) — Rapper Meek Mill is being honored in his hometown of Philadelphia for his work as a criminal justice reform advocate and as a musician.

Antonio Brown says “too much smoke” to return to Steelers

ATLANTA (AP) — Police are searching for two gunmen involved in the weekend burglary of an Atlanta jewelry store known for its celebrity clients and the manager's home.

WXIA-TV reports the armed men followed the manager of Icebox Diamonds and Watches home and forced him and his wife inside their home.

The seven-time Grammy Award nominee will return to his home state to perform a medley of hits at the Spectrum Center in Charlotte, North Carolina, on Feb. 17. He released his latest single, "Middle Child," on Jan. 23.

The National Basketball Association also announced on Wednesday that Meek Mill will open the game and perform an introduction of the All-Star teams.

NEW YORK (AP) — A coalition of big names in sports and entertainment pledged their high-profile platforms and $50 million on Wednesday at the launch of an organization that will lobby for changes to state probation and parole laws. 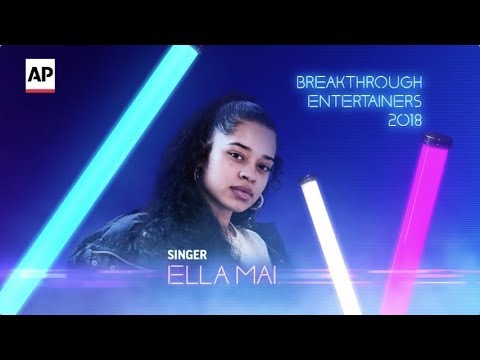 MIAMI BEACH, Fla. (AP) — Meek Mill, Busta Rhymes and Fat Joe were among the rappers who came out to celebrate DJ Khaled's birthday at an over-the-top party at the Perez Art Museum to close out Art Basel in Miami Beach.

Louisiana's Democratic governor will participate in a public policy panel with several other governors during the event, which is co-hosted by Variety and Rolling Stone magazines.

PHILADELPHIA (AP) — The Pennsylvania Supreme Court has denied a motion from rapper Meek Mill to remove a Philadelphia judge from his case after she denied his request for a new trial.

The court said Tuesday Mill's attorneys must go through the regular process of appealing Judge Genece Brinkley's decision, despite their argument she'd been biased.

WALLINGFORD, Conn. (AP) — Two men have been arrested in connection with the shooting deaths of two people outside a 2016 Meek Mill concert in Connecticut.

Alleged recording of lawyer in Mill case given to newspaper

PHILADELPHIA (AP) — A lawyer representing the Philadelphia judge overseeing rapper Meek Mill's case has been recorded saying the judge was wrong not to grant a new trial.

Philly.com reports a documentary film crew recorded an off-the-record conversation with attorney Charles Peruto Jr., and a supporter shared it with a reporter.

NEW YORK (AP) — A month ago, Drake's world was crumbling.

Pusha T's infamous diss track — where he was in full investigative journalist mode, divulging new information about Drake while also shading his mother, father and bestie — hit Drake hard. Drake's reply — well, lack thereof, marked a low for the rapper-singer, who had surprised music fans when he won his rap beef with Meek Mill in 2015.

PHILADELPHIA (AP) — Attorneys for Meek Mill are asking the Pennsylvania Supreme Court to remove a Philadelphia judge from his case days after she denied his new trial request.

In a filing late Wednesday, the rapper's attorneys say Judge Genece Brinkley's actions in court showed she had an opinion before hearing Mill's request. It also says by requiring a hearing and strenuously cross-examining a witness, she strayed from how other judges had treated similar requests.

PHILADELPHIA (AP) — A Philadelphia judge denied rapper Meek Mill's petition for a new trial in his decade-old drug and gun convictions Monday despite support for the request by the district attorney's office.

The 2018 BET Awards barely handed out any trophies with big stars like Cardi B, Drake and Kendrick Lamar absent, but the show included superior performances by rising singer H.E.R., rapper Meek Mill and gospel artist Yolanda Adams, who paid tribute to Anita Baker and nearly brought her to tears.

Baker, an eight-time Grammy winner who dominated the R&B charts from the early '80s to mid-90s, earned the Lifetime Achievement Award on Sunday at the Microsoft Theater in Los Angeles.

LOS ANGELES (AP) — The Latest on the 2018 BET Awards, which are being presented Sunday at the Microsoft Theater (all times local):

Rapper Meek Mill has performed a new song, "Stay Woke," on the BET Awards with a striking performance that touched on police violence against black youth and prison.

PHILADELPHIA (AP) — A Pennsylvania judge said Monday she'll rule in "due time" after an evidence hearing to determine whether rapper Meek Mill should get a new trial in his decade-old gun and drug convictions.

PHILADELPHIA (AP) — Pennsylvania's highest court won't remove a judge from Meek Mill's long-running criminal case, though one justice said in Tuesday's decision that the rapper can raise the issue again after a hearing next week.

Mill's lawyers have been leveling harsh criticism at Philadelphia Judge Genece Brinkley for months. They argue she has made inappropriate comments about Mill in and out of court, acting more like a prosecutor than an impartial jurist.